Baseball gets set for season amid COVID pandemic 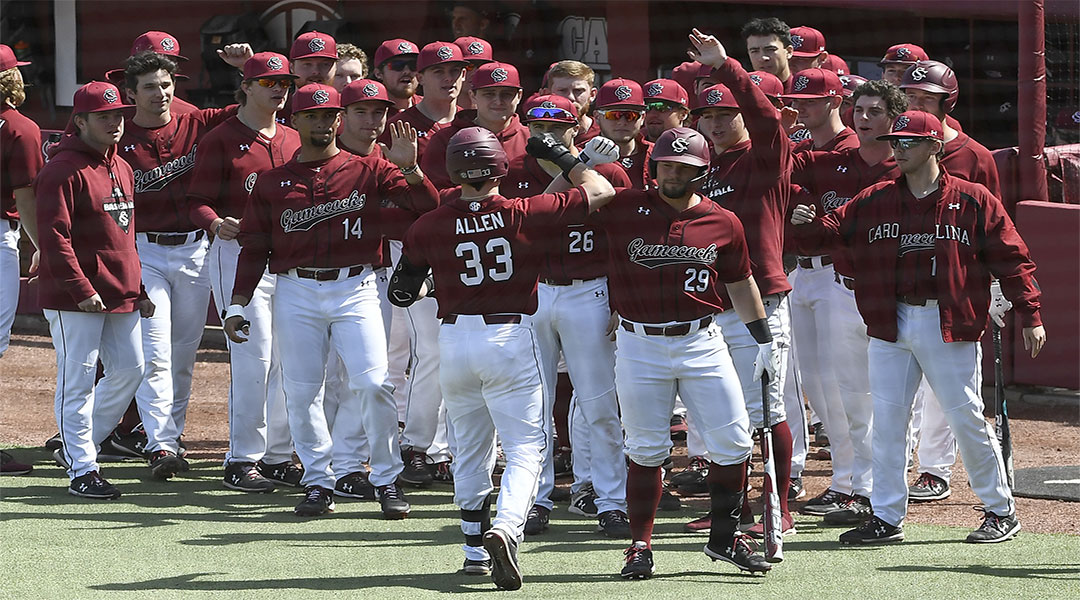 South Carolina is set to return to the diamond nearly nine months after last season was cut short due to what would become the coronavirus pandemic, the team is set to step back onto the field for opening day on Feb. 19 against Dayton.

The Gamecocks finished last season 12-4 riding a five-game win streak when the season was paused, and ultimately canceled.

“That happened all in maybe 36 hours,” pitcher Thomas Farr said of the season’s abrupt cancelation. “So, it was definitely an adjustment. A lot of us were in shock.”

However, the goal, and the expectation, isn’t to be ranked No. 18 to start the season, but be No. 1 at the end of it.

“If our guys are getting too excited about being ranked in the top-20 right now, then they’re not in the right headspace,” head coach Mark Kingston said, adding that the expectation is to win a National Championship.

The new season also brings a new set of rules and protocols, along with other safety measures for the players to adhere to in an effort to limit infections.

The team has separated and enlarged its locker room in an effort to limit close contacts. Kingston said he has “very high” confidence in the measures they are taking, but is not as confident that hiccups won’t surface along the way.

“There’s so many things out of your control,” Kingston said.

Navigating the protocols, such as extending the locker room and canceling pre-season team bonding activities, has made it difficult for the team to forge strong bonds.

“That’s definitely been the most difficult part, is really getting to know guys,” outfielder Andrew Eyster said. “Especially at the beginning of the fall, it was a couple of weeks before I even met everyone, got to introduce myself.”

There is an expectation for Kingston and the team to make it back to an NCAA Regional and beyond, but when asked if he is feeling the weight of expectations, he kept things in perspective.