From mistake to munchy: how a Bojangles biscuit rocked the internet 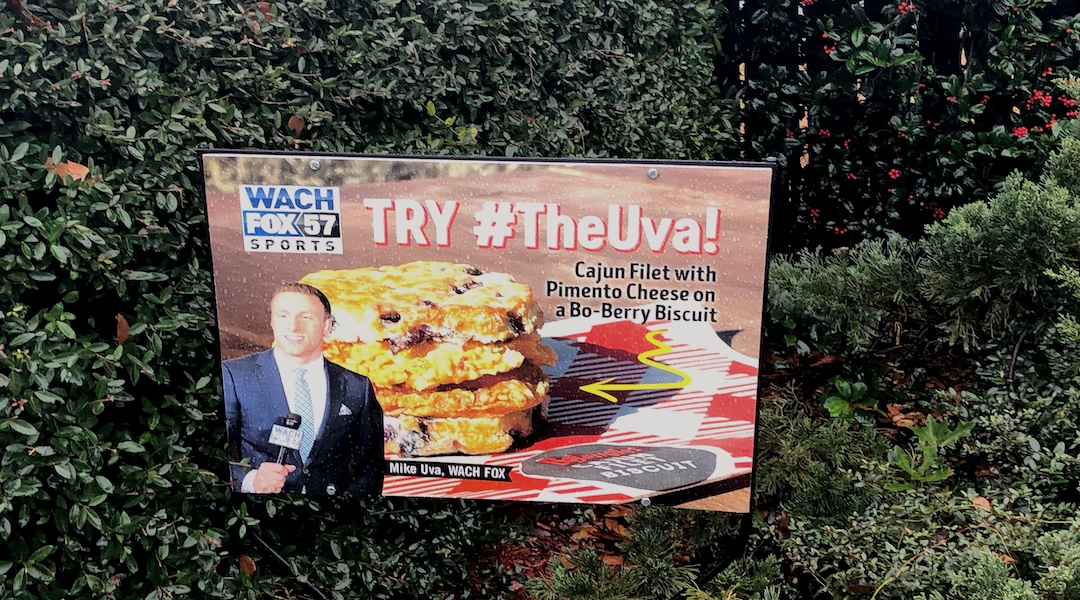 “The Uva” has become such a popular order that it is now on the menu and is marketed all over S.C. Photo by: Kourtney Vermillion.

Twitter has turned a Bojangles drive-thru mistake into a menu item at more than 30 locations all over the state.

It all started when WACH Fox sports reporter and Massachusetts native Mike Uva tweeted about a cajun filet and pimento cheese biscuit he ordered that had mistakenly been put on a Bo-Berry biscuit.

The biscuit caught on with many of Uva’s followers, and people began ordering, even in other states as well. It gained so much traction that Bojangles named the biscuit “The Uva” and have started marketing it around South Carolina.

A month ago #TheUva was announced by @Bojangles. Today, there’s a commercial for it. Wow pic.twitter.com/PaniW706Ya

“It’s pretty wild to think that a biscuit could get accidently presented to me in terms of not being the right order and then just blowing up because of social media. I think it’s pretty cool,” said Uva.

Michael Sauls, the sports editor for The Daily Gamecock, the University of South Carolina’s student newspaper, was hesitant to try the biscuit at first but actually enjoyed the flavor combination.

Glad you liked #TheUva! Maybe one day if this movement keeps growing it'll make it to the main menu @Bojangles https://t.co/blvzb2wvHV

“It didn’t really look appealing when I first opened it, like the pimento cheese that was on it was dripping on the side, and I was like ‘I don’t know if this is going to be good,’” said Sauls. “It definitely ended up being way better than I thought it was going to be.”

“The Uva” has been ordered by customers for a little over a month now, but people continue to tweet Uva with their thoughts and pictures of them trying the biscuit.

This Twitter phenomenon has not only brought about a new menu item at a restaurant but demonstrates the power of social media.

“Me as a young journalist, it kinda shows how being engaged in social media is definitely something you can use to kind of propel your career forward,” said Sauls.

Uva continues to engage with his followers’ pictures of the biscuit through Twitter and even relishes the delicious possibility of it becoming a main menu item.

“You just gotta embrace it. I mean, it’s not every day that you get a sandwich or any type of food named after you, so I just gotta enjoy this ride as long as I can,” said Uva. 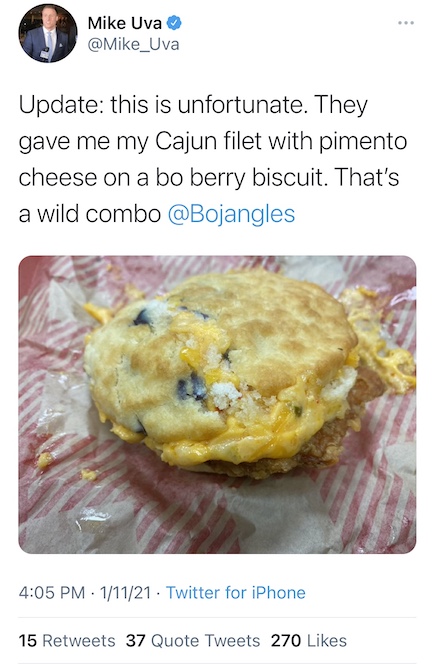 The tweet that started it all. Mike Uva, from Massachusetts took to Twitter after receiving the wrong type of biscuit. 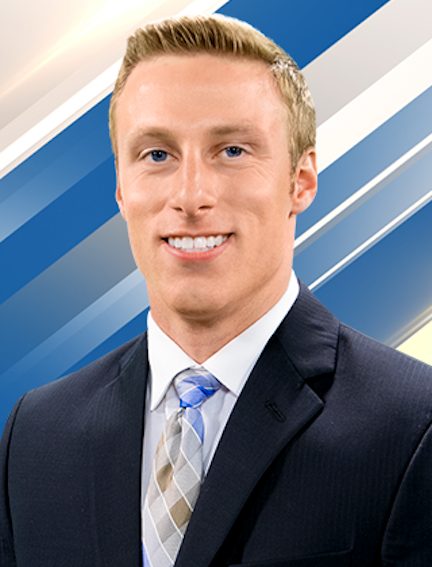