Blocking, jamming and bouts are all part of local roller derby 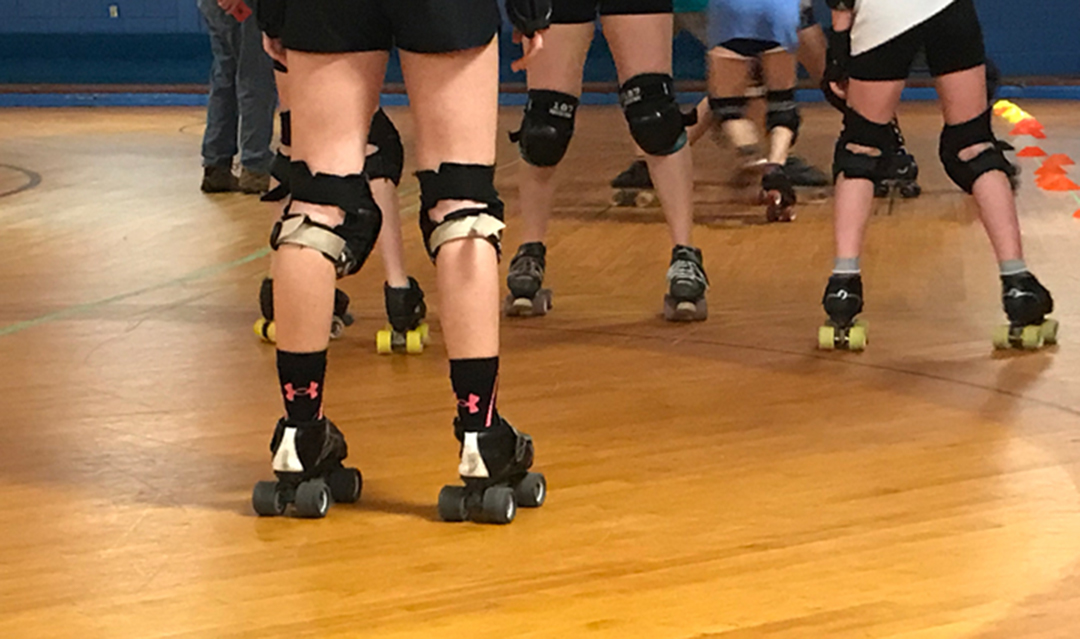 Skaters warm up for the bout by skating laps around the rink. On Wednesday nights the Junior League scrimmages to prepare for future games. 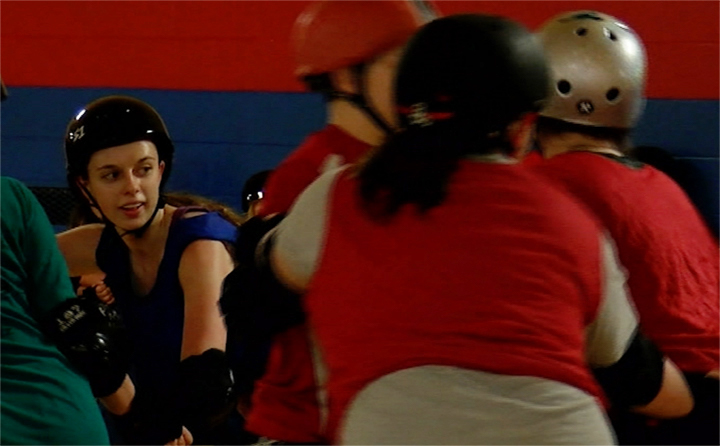 Billie “HillBillie Hellion” Redner, a member of the Junior League, braces herself to block the opposing team’s jammer. 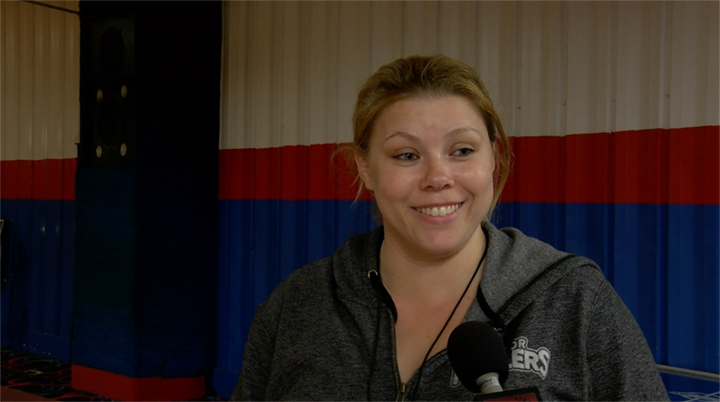 Stacey “Holly Hunter” Franklin is the Junior League founder and a captain on the Columbia Quad Squad. 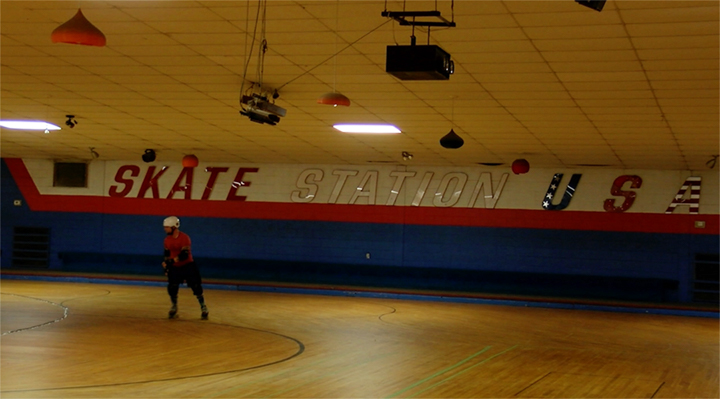 The Columbia Quad Squad is a hidden gem in Columbia, located in a roller rink that seems locked in time.

With plastic red booths in the cafeteria area, an ’80s themed carpet and throwback pop songs playing on a loudspeaker through their practice, the venue sets a scene for the kind of roller derby you would expect from a movie.

“I saw a movie called ‘Whip It’ about roller derby,” Billie “HillBillie Hellion” Redner, a junior league team member at the Columbia Roller Derby, said. “One of the characters said, ‘Put some skates on. Be your own hero,’ and that has kind of been my inspiration.”

Redner is known around the rink by her roller derby name, HillBillie Hellion.

Redner explained that it only took watching roller derby one time for her to fall in love with the sport.

“I just had to play it,” Redner said.

Stacey Franklin, known as “Holly Hunter” in the roller derby community, is the founder of the junior league. She says that working with kids like Redner are what make volunteering with the Columbia Quad Squad worthwhile.

“It’s all worth it when you train these kids and see them eventually grow up to skate in the adult league and be your teammate,” Franklin said.

Franklin is also a captain on the Columbia Quad Squad. She grew up ice skating and has spent her life on a rink of some form. After graduating law school, she came back to Columbia where she discovered the Quad Squad.

“It’s really empowering to have a group of women running their own team,” Franklin said.

The Quad Squad sponsors a junior league and rookie league practice every Wednesday night. From 6:30 p.m. to 9:30 p.m., coaches and referees teach everyone how to stop, block, jam and skate. They hold scrimmages and even provide gear to people who need it.

For those who are unfamiliar with roller derby, the basics of a game, or bout, are simple. Two teams of five, made up of four blockers and a jammer, compete on the rink.

The jammer has a star on her helmet and serves as the point-scorer for their team. The goal of a bout is to have the jammer lap the members of the opposing team, which is how points are awarded. Blockers have to try and stop the opposing jammer from lapping them, while assisting their own jammer in scoring, playing offense and defense at the same time.

The contact sport is aggressive, and the players are aware of it.

“When you go out to play in a bout for the first time, it’s like going through a washing machine with roller skates on,” ‘Candy in my Van’, whose real name is Candice Sharp, said.

The players joke that roller derby is a way for them to get frustration and aggression out.

“But this isn’t the ’70s,” Franklin said. “There’s no hair-pulling or elbowing or any of that stuff. That will get you put in the box.”

Redner laughs when asked about the competitive nature of the game. She recognizes the aggression in the game, but has never felt nervous to play.

“Roller derby has helped make me more confident, improved my communication skills and given me friends I never thought I would have,” Redner said.

For those interested in trying out roller derby for the first time, adults can attend the rookie league practices on Wednesday nights at 7:30 p.m.