Brand recognition name of the game for post-Tebow Fireflies 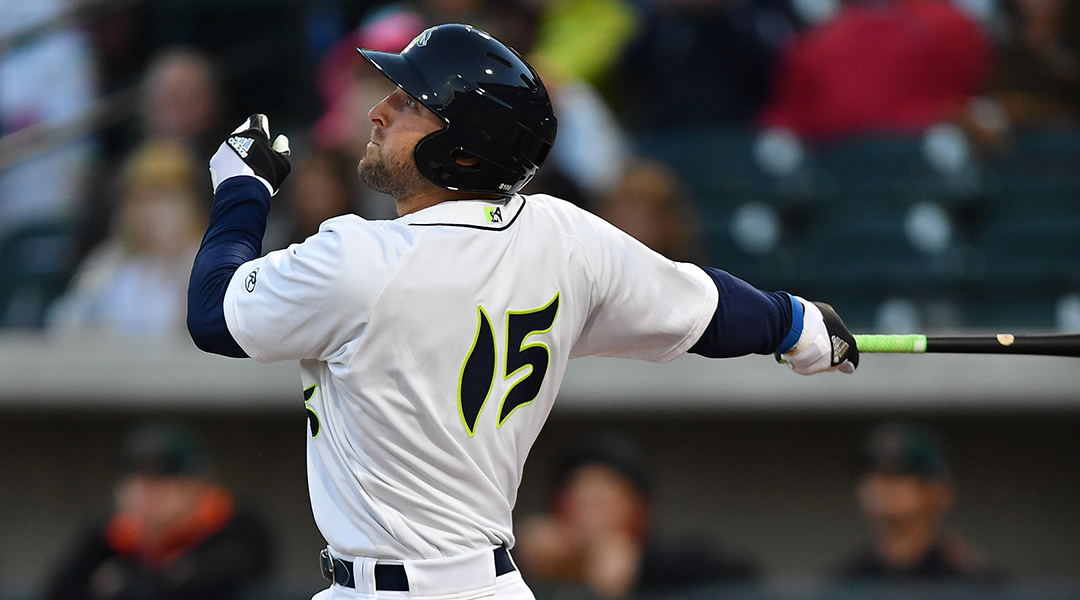 Tim Tebow’s stint with the Columbia Fireflies lasted only 64 games, but the team’s staff hope the exposure he brought the team will carry them through a successful 2018 season at the box office. Credit: Tom Priddy, Columbia Fireflies 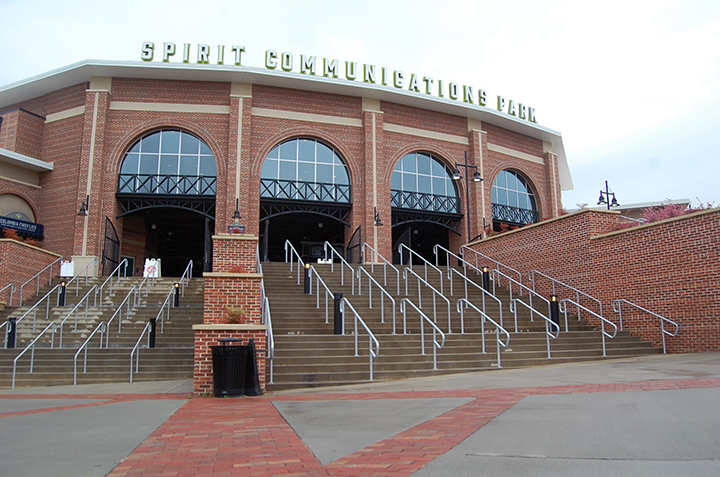 With Tim Tebow on the Fireflies’ roster, 54,000 more fans entered Spirit Communications Park in 2017 than in 2016. “He allowed us to showcase ourselves and what we do,” said team director of ticketing Joe Shepard.

Joe Shepard knows the Tebow era of Columbia Fireflies baseball is likely over. And as the team’s director of ticketing, that presents both a challenge and a gift.

Despite the team playing three fewer home games in 2017, the Fireflies played before 54,000 more fans than they did in their first season in Columbia in 2016. Last spring and summer, all eyes in the minor league baseball world were on one of the team’s newest additions, outfielder and former NFL quarterback Tim Tebow. But even without #15, Shepard has full confidence the team’s staff is talented enough to maintain the Fireflies’ title as the arguably most well-known team in the Single-A South Atlantic League.

After finishing sixth in attendance in the 14-team South Atlantic League in their inaugural 2016 season, the Fireflies, an affiliate of the New York Mets, finished fourth behind Tebow’s arrival in 2017. And after filling an average of less than 42 percent of the stadium’s 9,077 seats per game in the team’s first season, last year the Fireflies brought the attendance rate above 50 percent by drawing in 4,773 fans a night.

That’s still well behind area rivals Greenville and Greensboro, but impressive for a team that, decimated by call-ups to Advanced-A St. Lucie (Fla.), finished an SAL-worst 28-44 in the second half of the 2017 season.

One of those call-ups to St. Lucie was Tebow. The then-29-year-old played his final game in Columbia on June 25, wrapping up his 64-game career in Soda City with a .220 batting average, three home runs and 23 RBIs.

With Tebow now part of the team’s short history, Shepard knows the brand recognition the team’s staff developed in 2016 and Tebow accelerated in 2017 is crucial to a successful season in 2018.

“It’s gonna be huge,” Shepard said. “He allowed us to showcase ourselves and what we do, and we do a great job as a staff of putting on a show inside the stadium, getting our name out in public.”

A sports marketing major at SUNY Brockport, Shepard played baseball for the D-III Golden Eagles as a freshman but quickly decided a future in professional baseball had “passed [him] by.” But he had an easy in to the world of baseball through his uncle, minor league executive Ken Shepard.

Ken Shepard took his first general manager position with the Single-A Geneva (N.Y.) Cubs of the New York-Penn League in 1987 at just 23 years of age. He later worked with the SAL’s Savannah Sand Gnats from 2001 to 2004.

Ken passed away from cancer in 2014 at the age of 49, but his love of baseball lives on in an office just off the gift shop at Spirit Communications Park. Joe took internships with three minor league teams in college, working first with the Triple-A Syracuse Chiefs and Short-Season A Auburn (N.Y.) Doubledays before landing in Savannah, where he spent four years and caught on as a full-time employee. He followed the Sand Gnats to Columbia upon the team’s relocation in 2016.

And an incredible effort the team’s staff has made in Columbia from day one. With a distinctive navy, silver and neon green color scheme, the Fireflies were one of the top 25 Minor League Baseball teams (out of 160) in merchandise sales in 2016, the only SAL franchise to make the list. This while Tebow was still with the Mets’ Arizona Fall League affiliate in Scottsdale.

“The timing was great being in a new market,” Shepard said of Tebow’s arrival last spring. “Being our second season, there’s still so many people that didn’t know who we were. You couldn’t have wrote a better script for getting us the recognition that we got.”

MiLB has not yet released merchandise sales figures for 2017.

But even neglecting merchandise, Columbia wasn’t the only city to feel the Tebow effect in the front office. Teams around the SAL felt it, as well.

In May, Baseball America examined the SAL’s April attendance figures and estimated that Tebow’s presence brought in an extra $44,200 per road game for the Fireflies’ opponents – assuming 2,210 extra fans spent $20 for a night at the ballpark.

Of particular note: the Hickory (N.C.) Crawdads, who finished fourth-to-last in the league in attendance for the season, averaged 1,988 fans for April home games against all non-Columbia opponents.

Still, Shepard knows there is always room for growth. And even though the Mets don’t have any other former NFL stars on the horizon for their farm system, Shepard isn’t worried about the team just being satisfied with a memorable 2017.

“We’re always challenging ourselves to find new ways to entertain the fans, new ways to keep them engaged, new ways for us to be engaged with them in the community,” Shepard said. “I think we’re off to a good start, yes, we’re off to a great start. But we have not come close to our goals yet, I don’t think.”

Which makes the team’s goal for 2018 noble, if lofty: take last season and top it.

“We want to reach and pass our numbers from last season,” Shepard said. “It’s always onward and upward, we’re always being challenged to be better and it’s a challenge we accept.”

The Fireflies open the 2018 season at home April 5 against the Augusta Greenjackets.