Brighter days in the Carolinas 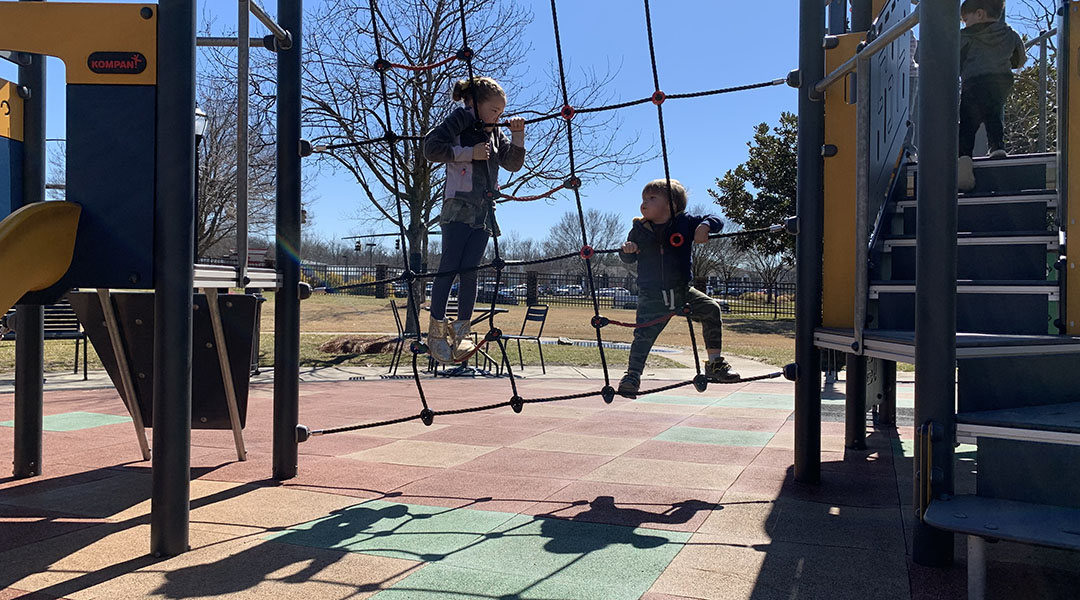 The children of Karla Hildreth, Charlotte-area residents, are relishing the recent rays of the sun at Blakeney playground in N.C. Photo by: Daniella Ramirez

Sun-kissed walkways and a slight breeze in the air are precisely what the Carolinas needed this Wednesday, to move on from the seemingly never-ending gloomy weather of this month.

“So it will be a good 10 degrees higher than normal, under sunny skies Wednesday,” said Dan Miller, a meteorologist at the National Weather Service in Columbia. “On Thursday, maybe not quite as warm but still fair, we’ll say highs close to 70 maybe 68 to 70, and mostly sunny in the morning.”

People across the Carolinas basked in the sun and took advantage of the better-than-average weather on Tuesday, early to mid-afternoon. Alice Forte, a Charlotte-area mother of two, brought her children to the Blakeney playground in Blakeney, N.C.

“It’s nice to finally and actually be able to bring them out because it’s been so rainy, and we need to get their energy out,” said Forte.

Karla Hildreth, a stay-at-home mom and Charlotte area resident, enjoyed the warm weather with her children, who were blowing bubbles and playing with other kids at the Blakeney playground in South Charlotte.

“It is such a blessing, especially being stuck inside with the kids and all the quarantine and no outlet for energy —  with everything being shut still,” said Hildreth. “A beautiful day to get out. Get their wiggles out.”

Unfortunately, all good things must come to an end. Miller says things will start going downhill as far as rain is concerned late Friday and early Saturday.

“It was really nice, because it’s been kinda gross outside, so I texted my friend this morning [Tuesday morning] and was like, ‘We should come out. It’s really nice.’ It’s nice to get some sunlight,” said Josie Frost, a Columbia area resident.

The series of sporadic weather the east coast is facing is due to a “jet stream,” relatively narrow bands of strong wind in the upper levels of the atmosphere, according to the National Weather Service.

“That jet stream was what controls our day-to-day weather. Our weather patterns and that trough was able to lift to the east,” said Miller. “and that gave us a Northwest flow aloft that was able to bring this drier air in here.”

Recently, winter storms have gravely impacted the midwest and northeast region of the country, and mild to severe floods in the Carolinas are still a cause for concern.

Miller said that it’s important to stay cautious of the road when driving during a typical flood-type situation. “We have a catchphrase, turn around, don’t drown.”

“Staying safe and aware of the weather conditions outside this time of year is extremely important,” said Miller.

“If you live in a flood-prone area, of course, be cognizant of any heavy rain or any type of flooding and seek higher ground as soon as you can,” said Miller. “We issue flash flood warnings in those types of situations, but sometimes floods can occur without a warning.”

“Where University Hill is, that’s a pretty steep rise,” said Miller. “All this water is hitting the pavement, it’s hitting roofs of these buildings, going into the gutters, and it’s just running off rapidly.”

Despite the wet conditions, we might see again in the coming days, Columbia residents are getting the last feel for the warm weather this early to late-afternoon.

“It has been so nasty that we couldn’t go out. I started coming last weekend to run here,” said Katie Allen, a sophomore at UofSC. “So, we are trying to come every day now to get out. It’s so much nicer than sitting inside.” 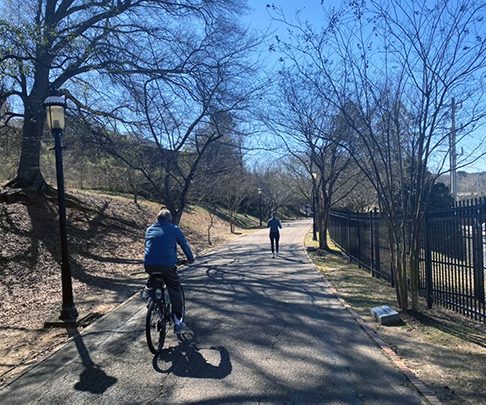 A Columbia resident rides their bike at Riverfront park as temperatures reach the high 60s for the first time this year. Photo by: Rachel Strieber 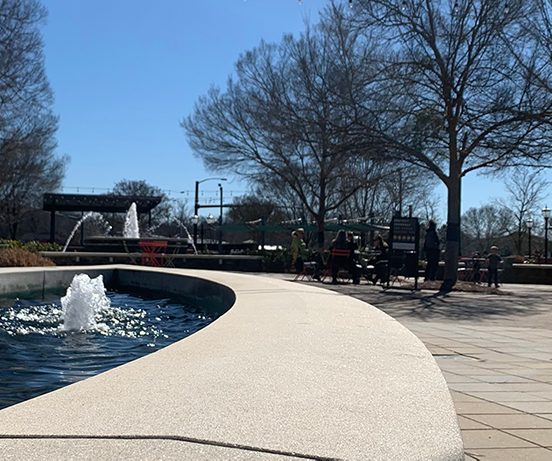 As sunshine was glaring down on the fountains at Blakeney park, people sat and conversed at nearby tables. Photo by: Daniella Ramirez 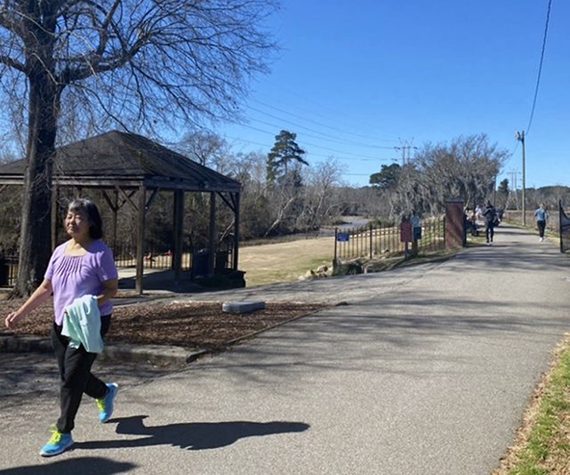 Without a raincloud in sight, many people got out and enjoyed Riverfront Park. Photo by: Rachel Strieber