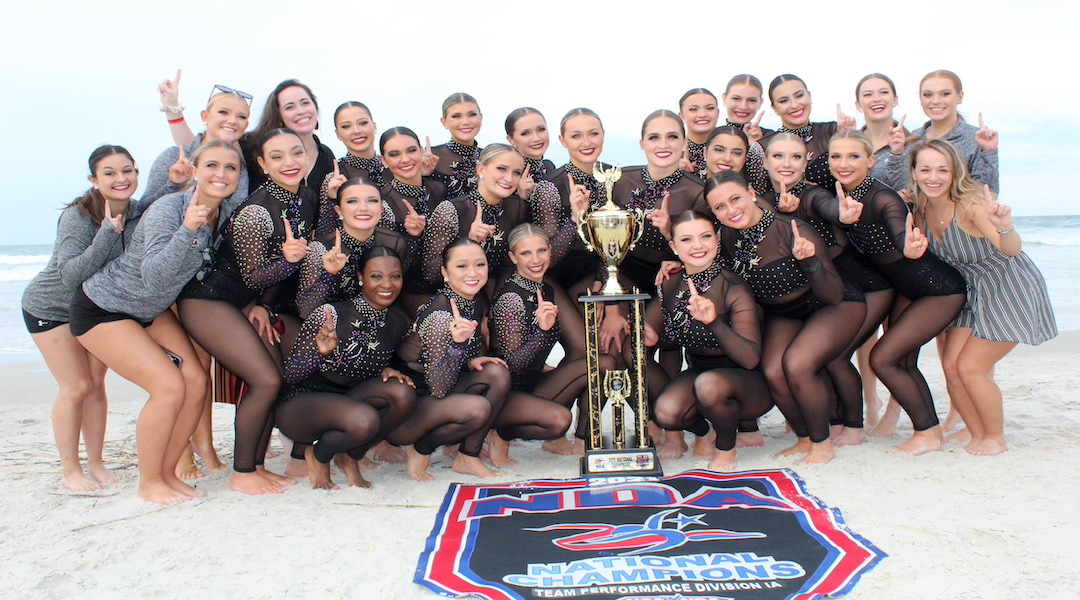 The Carolina Girls won with 95.8 points at the Daytona Beach competition. Previously, the team has placed in the top five every year the competition has been held since 2010.

It was also the first time the team had placed first in the preliminary competition with a score of 94.32, less than a point higher than University of Louisville.

Senior dancer Samantha Winn said the season did not start off well due to COVID-19, but the pandemic made the team work even harder.

“No one had seen us perform at all. Videoing a routine for basketball is just not quite the same feeling as dancing on the court. In addition to not having competed for two years, we hadn’t had any performance at all,” Winn said. “And we really just took that pressure and like really went with it.”

In her four years as a Carolina Girl, Winn said this year’s winning team was the closet in her college career. She said even though practices started out virtual and auditions were online, the team really took advantage of every opportunity they got to be together in order to pull out a win.

Carolina Girls’ head coach Lindsay Sprague, now in her 14th season, attested to the closeness of the team.

“Our team this year is the most cohesive team I’ve ever coached. They are constantly lifting each other up and supporting each other, no matter the circumstance,” said Sprague.

Resilience was one of the words the team focused on this year after placing second in 2019. Winn said the seniors from 2020 started this mindset and “lit a fire” under the rest of the team.

“We were like we can do this. Like we’re so close. We know we’re totally capable. And like, yeah, the pandemic was a little, like, sidestep… But we couldn’t have been here without [the seniors],” said Winn.

When competing in Daytona it is tradition not to go into the ocean unless you win., Winn said she was ecstatic that she got to run into the ocean in her uniform along with the rest of her team.

Sprague said the team was determined to make this moment happen from the start of this season.

“I honestly don’t have words to describe how it feels to finally have this moment come to fruition,” Sprague said. “I am so happy for these dancers and for what the future holds, but I’m also thrilled to share it with all of our alumni that helped build this foundation over the years.” 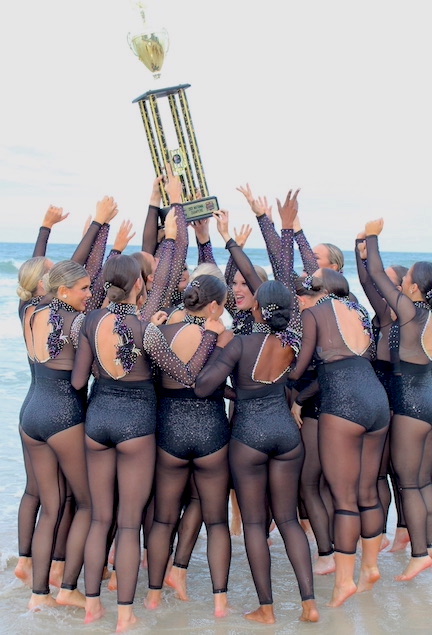 It is tradition that teams who win run into the ocean after the competition, The Carolina Girls were able to uphold that tradition this year. 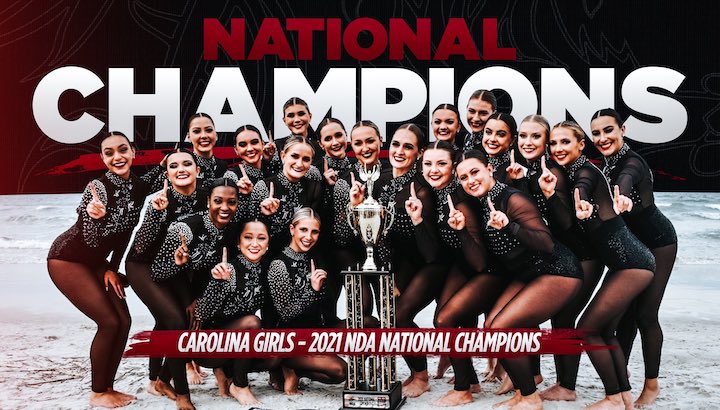 The 25 dancers and two coaches received recognition for their win at Sunday’s baseball game versus Missouri. Photo courtesy: Gamecocks Online. 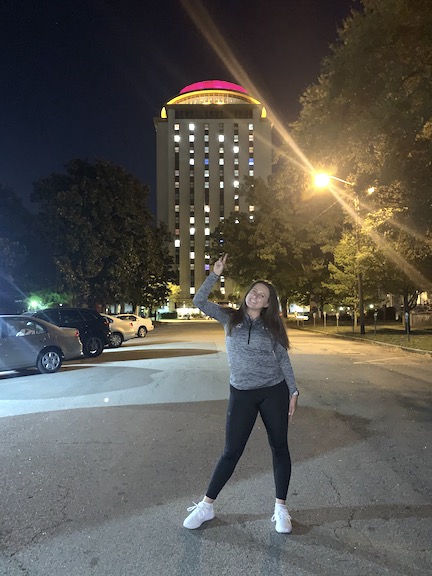 Dance member Samantha Winn stands in front of Capstone as it glows garnet for the Carolina Girl’s national championship win. 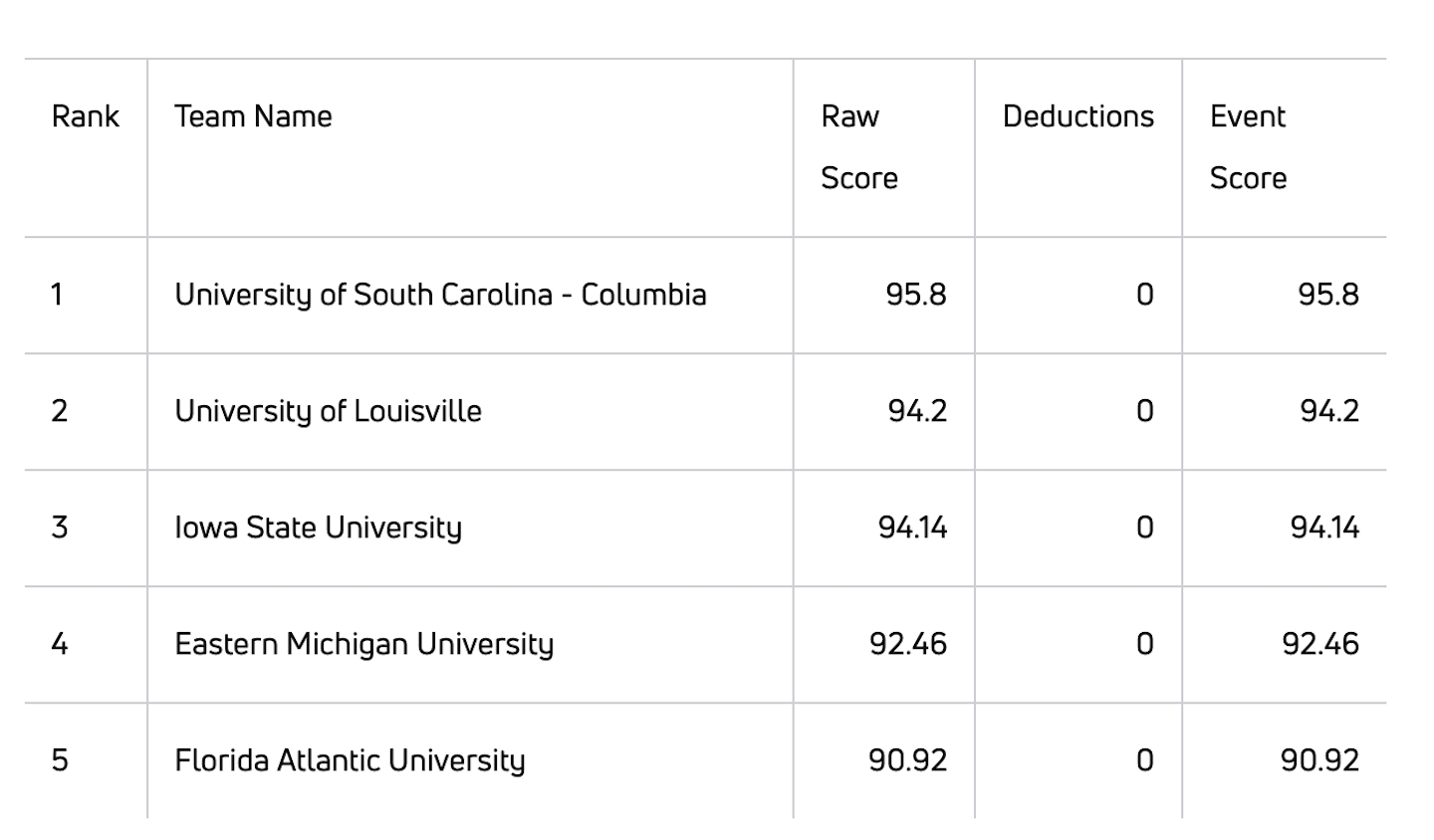 The final scores were close and the preliminary scores mirrored the same placements of each team.