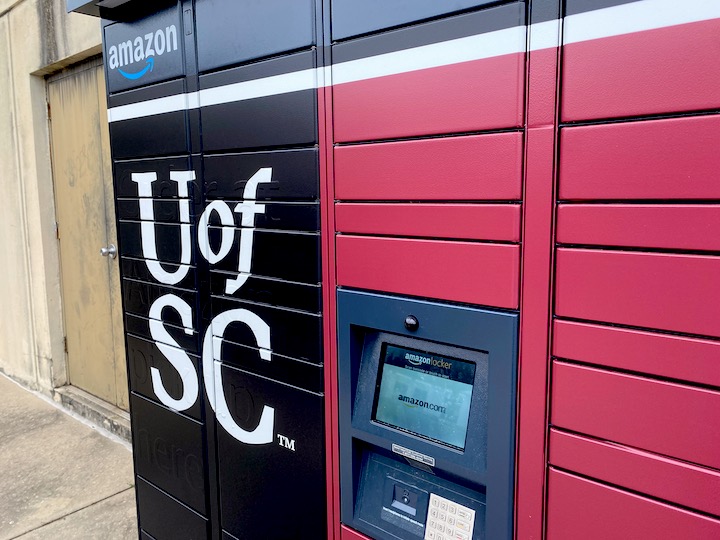 The “Advocate” Amazon locker, located at 1244 Blossom St., is placed in a well-lit, visible area for safe pick-ups. Photos by: Harrison Belk

The University of South Carolina recently introduced Amazon Lockers, providing students a way to conveniently and securely pick up packages on and surrounding the school’s campus.

According to the university, the lockers were provided by Amazon at no cost and UofSC provides the space and electricity.

Barry Meyers, director of UofSC’s postal services, said that once UofSC was approved into the Amazon locker program, “potential sites were considered by USC Postal & Passport Services, USC Facilities and Amazon for their proximity to on campus housing, transportation and surrounding campus offices.”

As of right now, there are eight locker locations located on or near the campus. The most recently added locker location was installed three months ago outside of College Quick Mart on Whaley Street.

“The people living on campus use them the most because they don’t want their roommate taking their package,” said Mandeep Singh, owner of College Quick Mart. “There are so many packages coming over here.”

Some students are excited about the new lockers, citing increased package safety and convenience.

“I think it’s a super cool idea for people that live on campus,” said Jack Jutting, a business major living off-campus. “If I lived in a dorm and there was a locker close by, I’d definitely order my stuff there instead of Russell, just for convenience. I also think it’s a great idea for students who have packages stolen.” Russell House, on the UofSC campus, operates U.S. mail and packaging services for students.

Amazon highlights increased security on their website, “Dorms, off-campus housing and apartments aren’t known for their doormen. With messy mail areas crammed into lobbies and delivery personnel not allowed to deliver to your door, Amazon Lockers and Amazon pickup locations on or near campus make a lot of sense. They are located in safe, well-lit locations where you can pick up items early in the day or later at night — whatever fits your schedule.”

Some students say they wouldn’t take advantage of the new service.

“I personally have never used the lockers and probably never will,” said Julia Randolph, a visual communications major living on campus. “My apartment collects my packages and I haven’t had an issue yet. I don’t think that students on campus will use them because from previous experience, the packages are collected and stored in a locked room when they are shipped to students who live on campus.”

Meyers said he’s received a lot of positive feedback from the campus community. “Thus far, the lockers have been met with great enthusiasm and acceptance,” he said. 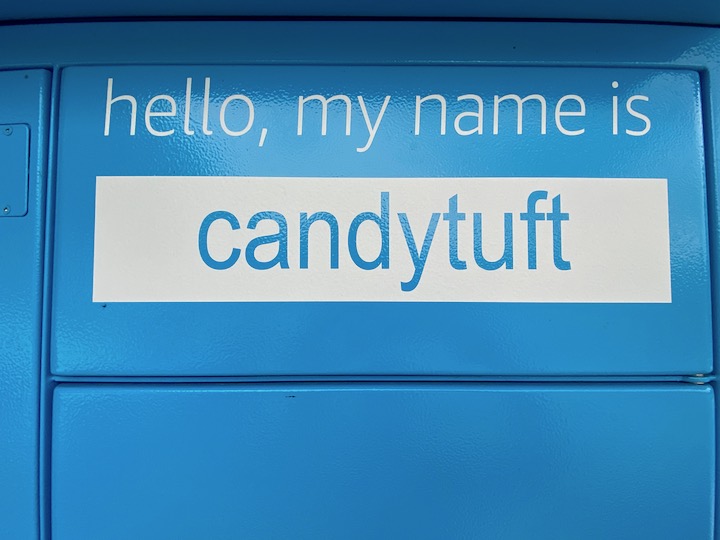 Amazon locker names are assigned by a creative team at Amazon and range from pet names to the team’s favorite foods. 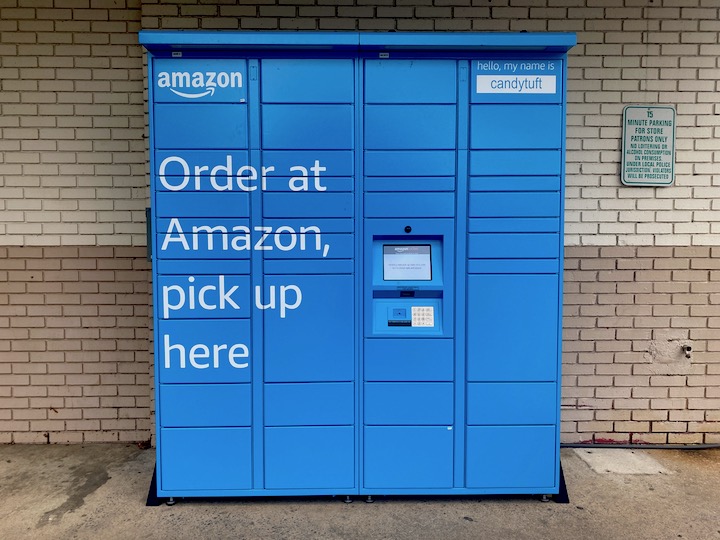 The “Candytuft” Amazon locker location receives a lot of traffic from The Lofts student apartment complex on Assembly St., according to Mandeep Singh, owner of College Quick Mart.