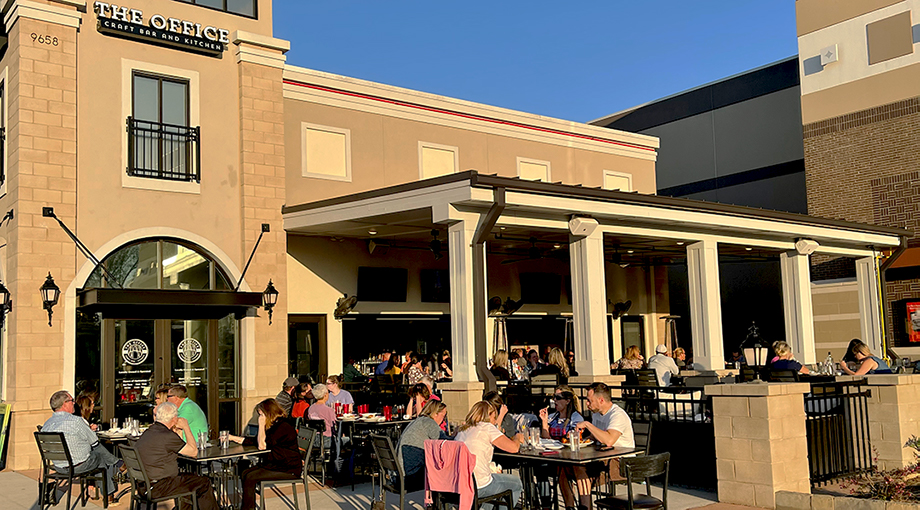 Customers are beginning to enjoy the sunset with their meals and drinks at The Office Craft Bar and Kitchen in Indian Land, S.C. Almost a year ago Gov. Henry McMaster ordered them not to have sit-down meals. Photos by: Daniella Ramirez

As more South Carolinians line up for vaccines, a University of South Carolina research economist predicts renewed enthusiasm for travel and dining will ultimately propel consumer spending and help the state’s economy recover from the COVID-19 pandemic.

“I think the ideal scenario is one in which we see the vaccine rolled out and more and more South Carolinians taking the vaccine before Memorial Day,” said Joseph Von Nessen, an economist and director in the Division of Research at the Darla Moore School of Business. “That’s what’s really going to propel demand and get us back to a fully recovered economy.”

Gov. Henry McMaster is eager to get the state back to normal. He issued an executive order April 1 to increase the medical supplies across South Carolina in an effort to combat COVID-19 across the state, opening the vaccine supply to anyone 16 and over. He has urged the state’s citizens to get back to the workplace and resume normal activities so that small businesses can also flourish.

As of April 12, the S.C. Department of Health and Environmental Control, or DHEC, reported 37% of South Carolina residents have at least 1 vaccine and 23.7% have completed vaccination.

As tourism season kicks in and vaccines become widely available, this could be great news for leisure and hospitality in South Carolina.

While different sectors of the economy have seen a divided recovery across the state, the hardest hit has been the service and leisure and hospitality sector, which is down by 14 percent, he said.

“Leisure and hospitality are where we need to see a recovery this year,” Nessen said. “With the vaccine rollout, hopefully, people become more confident going out, travel, eat out at restaurants, and that’s going to help propel consumer spending — back toward the service sector and leisure and hospitality.”

As medical relief efforts are put into place to fight the pandemic, plans to rebuild the state’s overall economy are also underway. State leaders are looking to Washington to determine the possible impact of President Joe Biden’s proposed $2 trillion infrastructure package, which would repair aging roads, bridges and transit systems.

Nessen said South Carolina is doing “pretty well” in terms of recovery, especially heading toward the summer. His view mirrors that of Jamie Dimon, the chief executive officer of JPMorgan Chase, who issued his annual letter to shareholders earlier this month about the national economic outlook.

“A combination of excess savings, deficit spending, vaccinations, and euphoria around the end of the pandemic may create a boom that could easily run into 2023,” Dimon said to The New York Times April 7.

Through the $1.9 billion American Rescue Plan passed in March, the Biden administration aims to jump-start the economy through a combination of stimulus payments, loans to small businesses and a national vaccination plan.

“The stimulus was designed to help mitigate the negative consequences of [COVID-19],” Nessen said. “Through funding businesses, [that helps] keep them going and also to workers who were laid off as a result, and basically provide a bridge to get us back to a more normal economy, you really begin to accelerate demand through additional spending. That can also potentially propel or cause inflation.”

When it comes to the economy’s residential housing sector, Nessen believes it will be a “banner year” as more Americans had disposable incomes in 2020, thanks to stimulus packages passed by the government.

“Many markets in South Carolina have seen the highest rates of sales activity in recent history,” Nessen said. “But commercial real estate is going to have to adjust to the new reality that many businesses may just decide they don’t need as much square footage anymore.

“They don’t need as much space because they can do a lot more work virtually,” Nessen continued. “Residential housing has done really well in the last year, but that’s going to create a long-term disruption to the commercial real estate market.”

Nessen said South Carolina also has the competitive advantage of being a coastal state. “We have the Port of Charleston, a strong interstate system and good railway networks.”

Having these advantages attracts manufacturers to locate in South Carolina, according to Nessen.

“Companies like Walmart and Amazon are going to want to set up more distribution centers across South Carolina,” Nessen said. “They can use the port to distribute them (products) internationally and they can use the rail and highway systems to deliver goods domestically.”

Despite the need to revamp the hospitality sector of the economy, the Centers for Disease Control and Prevention still do not recommend traveling. For more information about CDC traveling guidelines visit https://wwwnc.cdc.gov/travel/page/summer-travel-abroad

“The recovery at this point really is more about biology than it is about economics,” Nessen said. 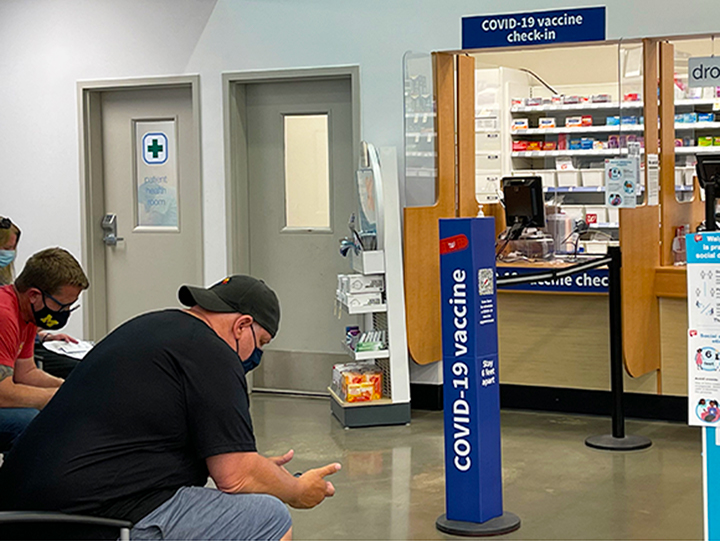 People are waiting to get their vaccines at Walgreens on Providence Rd. in Charlotte, N.C. 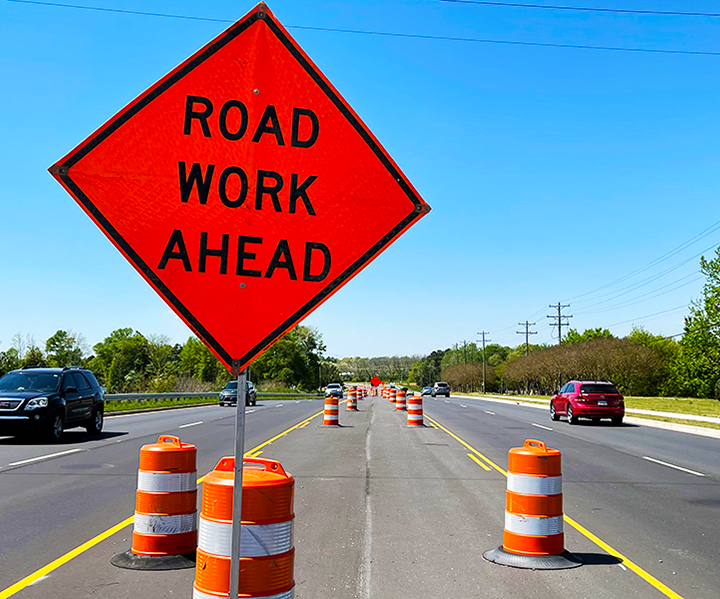 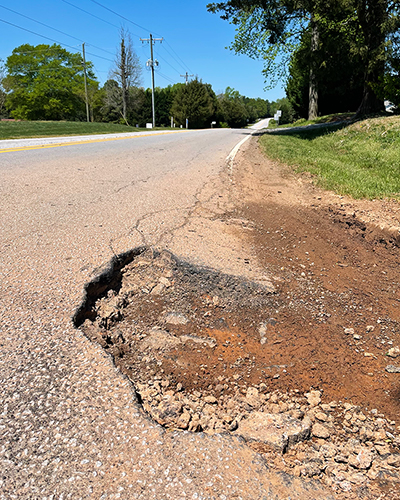 A large pothole in a four-way stop between Henry Harris Rd. and Shelly Mullis Rd. in S.C. The road infrastructure is extremely important in order to attract new manufacturing businesses across the state, according to Nessen. 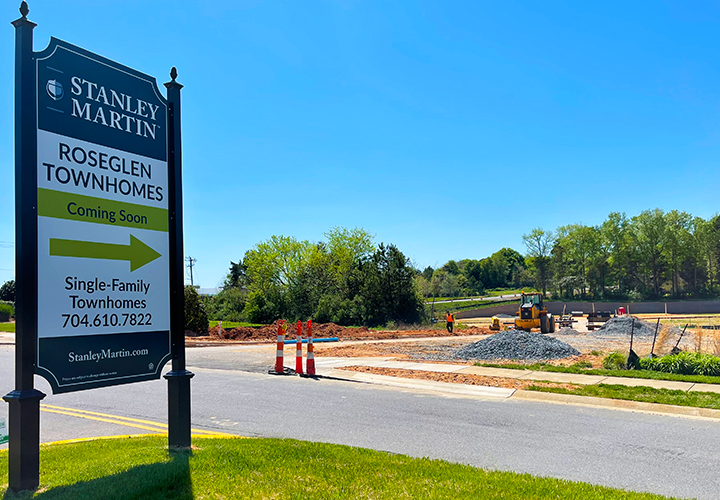 Just near Charlotte, single-family townhomes are under construction. The housing industry has seen a “banner year” in 2020 according to Joseph Von Nessen, a research economist at UofSC. 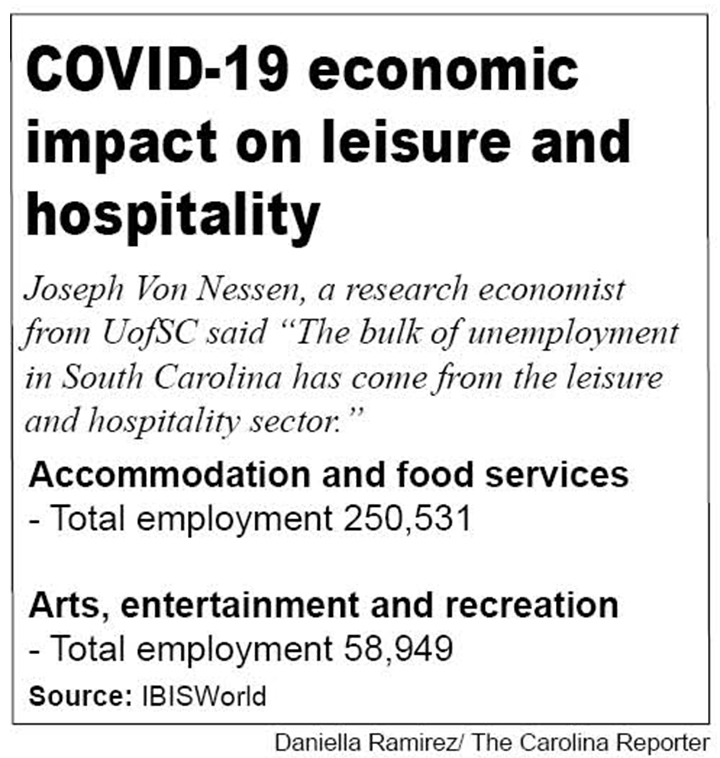