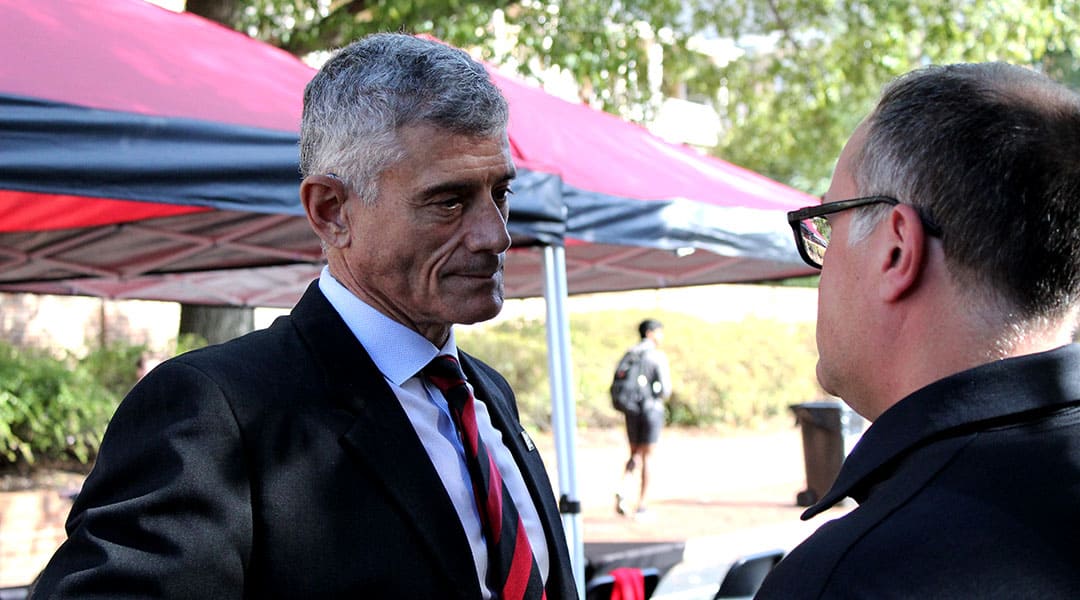 UofSC President Bob Caslen met with faculty and students Monday morning on Greene Street as a sign of transparency.

The University of South Carolina’s new president Bob Caslen has big shoes to fill. The former Army general arrived in Columbia last August to start his tenure as president, succeeding Harris Pastides, a president who had raised the bar on engaging with students, faculty and alumni. Caslen has made an effort to connect with students through morning workouts and public appearances.

Caslen held his weekly staff meeting outdoors in front of the Russell House student union Monday morning as a gesture of transparency. He met one-on-one with students and faculty afterward at “open office hours” to hear their concerns and feedback.

“This was recommended by students,” Caslen said. “I asked the students when I first got here, I said ‘How can I reach out to the students?’ They said ‘Hold office hours on Greene Street.’”

Shortly after 10 a.m., students lined up to speak with the new president under a canopy on Greene Street amid the busy traffic between classes.

Samyu Comandur, one of the first students to talk with Caslen, brought up concerns over rising student fees at the university’s engineering school. Now over $1,500 per semester for engineering students, she says the cost can be financially restrictive for students.

“We are wondering, just like, where is exactly is that fee going, is that fee actually benefiting the undergrads who are paying it,” Comandur said.

Will Stallings, a student who works as a resident mentor at South Tower, said the overcrowding of student dorms is the biggest issue on campus.

“In the short term, there’s going to be a lot of turmoil in terms of trying to fit an increased number of residents,” said Stallings. “We had people living in the hotels at the beginning of the year before we could put them in as residents in buildings.”

Jerry Hoppa, a freshman from Rochester, New York, wanted to speak to Caslen about an opportunity to work with the Capstone Scholars program. Every semester, Capstone students are expected to perform a personal challenge, and many choose to conquer a fear of heights at the rock-climbing wall in the Strom Thurmond gym. The proposed program, called “Climbing with Caslen,” would allow students to climb the wall with the new president.

“If he’s onboard with it, we are going to start planning out times and dates,” Hoppa said. “It’s good engagement for students and him, and it’s physical activity, which he might like.”

After meeting Caslen, Hoppa seemed optimistic about the idea.

“It was very good, just talking to him face-to-face,” Hoppa said. “We will try to have something onboard by April with students, and it should be a good time.”

Phillip Buckhaults, a professor in the College of Pharmacy, one of a few faculty members who met Caslen at the office hours, said he wanted to personally welcome the new president to campus.

“I do see evidence of leadership skills in how he’s meeting with people,” Buckhaults said. “Even this event, where he is obviously coming outside to meet people who probably need to meet him.”

“I think it’s my opportunity to reach out to the students and to show that I’m approachable, I am interested in their needs,” Caslen said. “I want to be as transparent as I can.”

The “open office hours” concluded at 11 a.m. and was followed by a cabinet meeting on Greene Street that ended at 1 p.m. 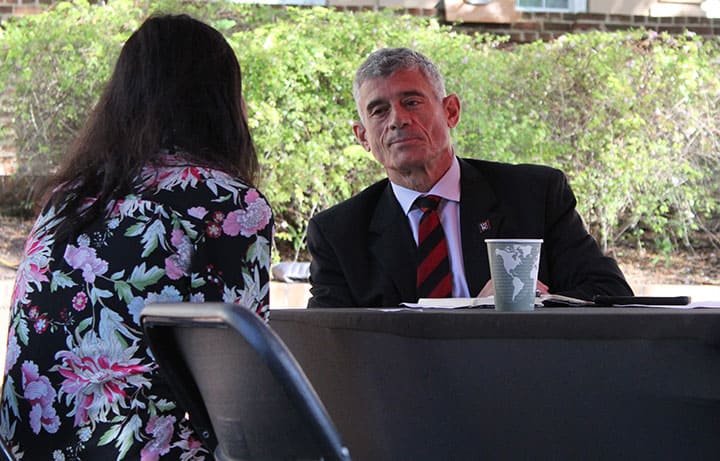 Samyu Comandur met with Caslen at the open office hours to discuss rising fees in the engineering school, which can total around $1,500 per semester. 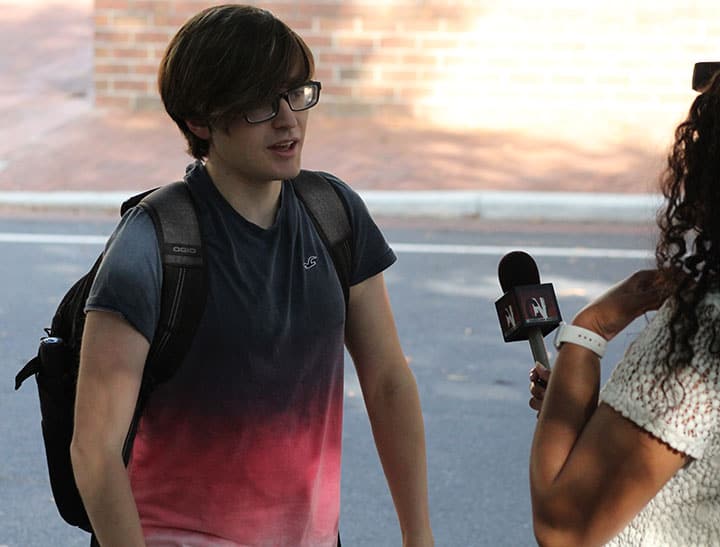 Will Stallings works at UofSC South Tower dorm as a resident mentor and he says dorm overcrowding is a problem Caslen should address. “We had people living in hotels at the beginning of the year.” 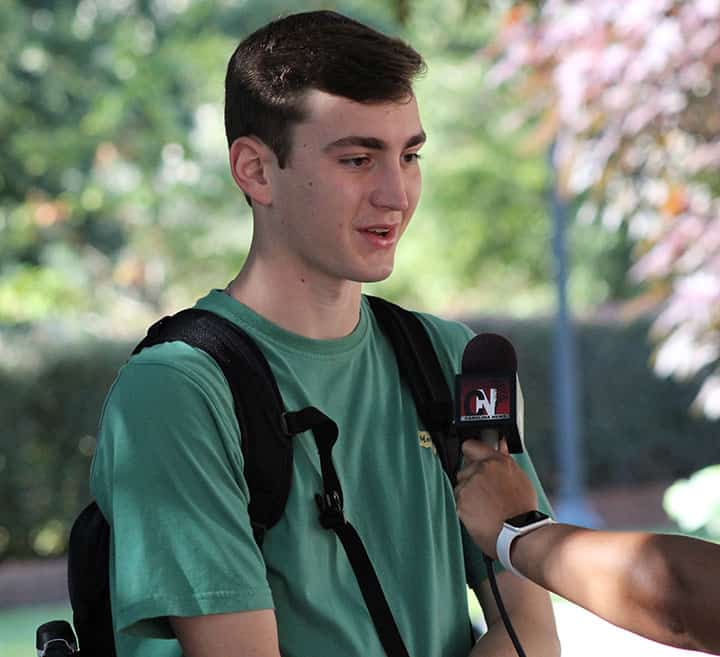 Jerry Hopper spoke to UofSC President Caslen about scaling the Strom Thurmond Wellness and Fitness Center rock climbing wall with Capstone Scholars. “It’s good engagement for students and him, and it’s physical activity, which he might like.”