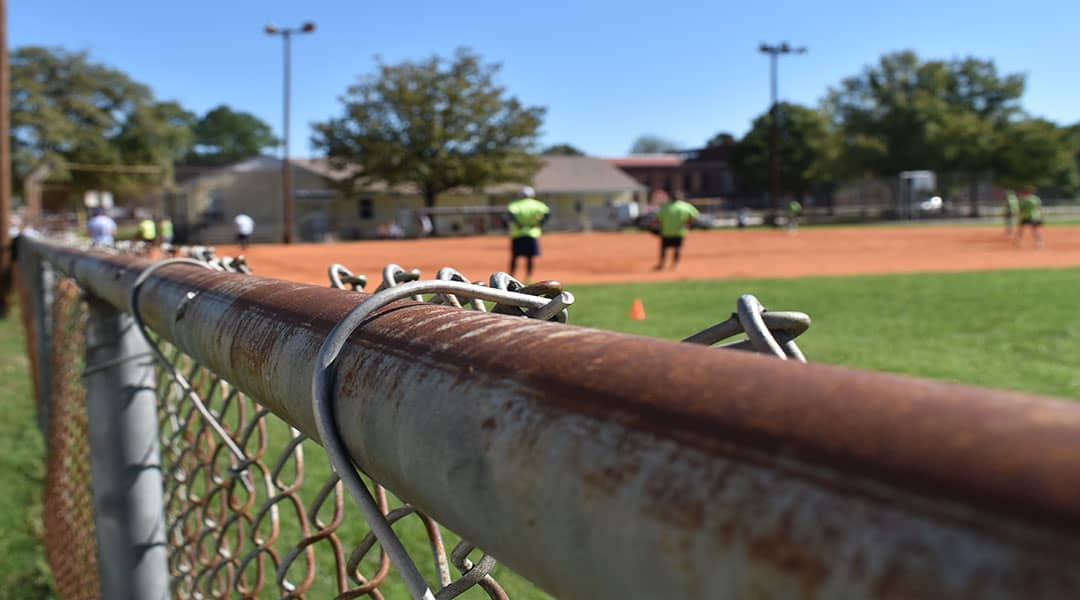 Everplay Sport and Social Club is bringing Midlands residents together through the power of sports and charity.

When Jay Chambers and his three business partners decided to start a recreational sports league, they wanted to make sure they made an impact on the community. The goal was to bring local people together through sports, teamwork, and charity.

Everplay Sport and Social Club is a co-ed recreational sports league in Columbia founded in 2015. The club offers a variety of sports, including basketball, bowling, cornhole, flag football, mini-golf, kickball, soccer, softball and volleyball. All of the leagues take place year-round at different venues in Columbia. Since its inception, the club has gained over 6,000 members across the capital city.

“We try to be more than a recreational sports league and that’s why we went with the title, ‘Everplay Sport and Social Club,’” said Chambers. “We wanted something recreational, but it’s also a great way for people to meet others and find a common ground around sports.”

Winning teams in the club’s four kickball leagues, the most popular Everplay sport, get to select charities that will receive $250 each from Everplay.  With two donations last Thursday, the “Everplay for a Cause” program surpassed the $20,000 mark for donations since the league started. Between Everplay’s kickball leagues, which have four seasons (early fall, late fall, spring, and winter), Everplay donates over $4,000 annually to charities selected by the players.

“We are very passionate about the community we work in and being good stewards to it,” says creative director Tyler Pavlis, who started the program. “We run sports leagues and this is a smooth way to give back.  It also shows that players shouldn’t take it too serious because at the end of the day, we’re doing this to build friendships, support causes, and have fun.”

The club differs from other local recreational leagues because the league is exclusively for people 21 and older. The league also allows players to register as teams or individually as a free agent. Free agents will be assigned to a team by the league, so even if you don’t know anyone, you still get to be part of a team and play in the league. While these aspects of the league make it different, there is something else that makes it special.

“When the idea was pitched, I was all for it,” said Chambers. “One of the big things we wanted to do was give back to the community, and it kind of goes around with our theme. Rather than having teams come in and compete for something for themselves, we wanted to give them something to compete for but for a good cause.”

When asked which charities winning teams often donate to, Pavlis said there are “almost too many to list.” Some of the charities that received donations on behalf of the league winners last year were the Autism Academy, Prisma Health Foundation, the ALS Association, Children’s Miracle Network, United Way of Midlands, and the Alzheimers Association.

Each Everplay sports league consists of a seven-week regular season and one weekend of playoffs for qualifying teams, with each team playing one game per week. Players can see all sorts of statistics about their team through the league’s website, including standings, record, strength of schedule, and other team stats. The league tracks all of these statistics to determine who makes the playoff tournament, similar to the way professional and collegiate leagues determine who plays in their playoffs.

While the league uses sports to bring people together, the league knows that it can accomplish that goal off the field as well. The league invites players to attend many different social events like bar crawls, league start/end season parties, concerts and other local sporting events like Columbia Fireflies games. Players find out about these events through the league’s website everplaysocial.netleagues.com and use these events to meet other players in the league. 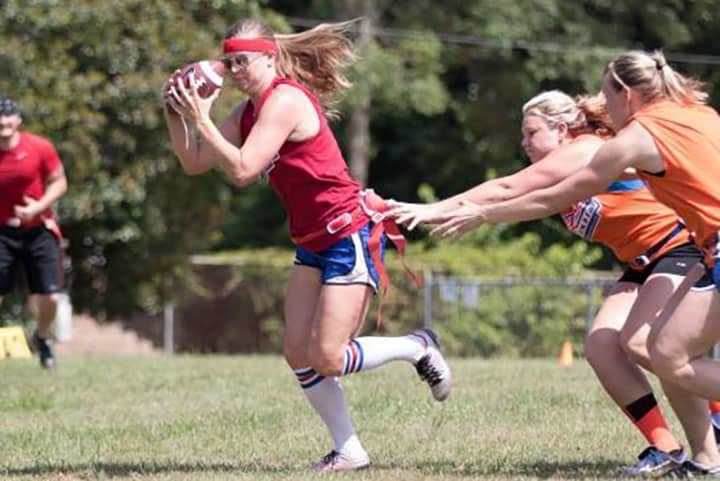 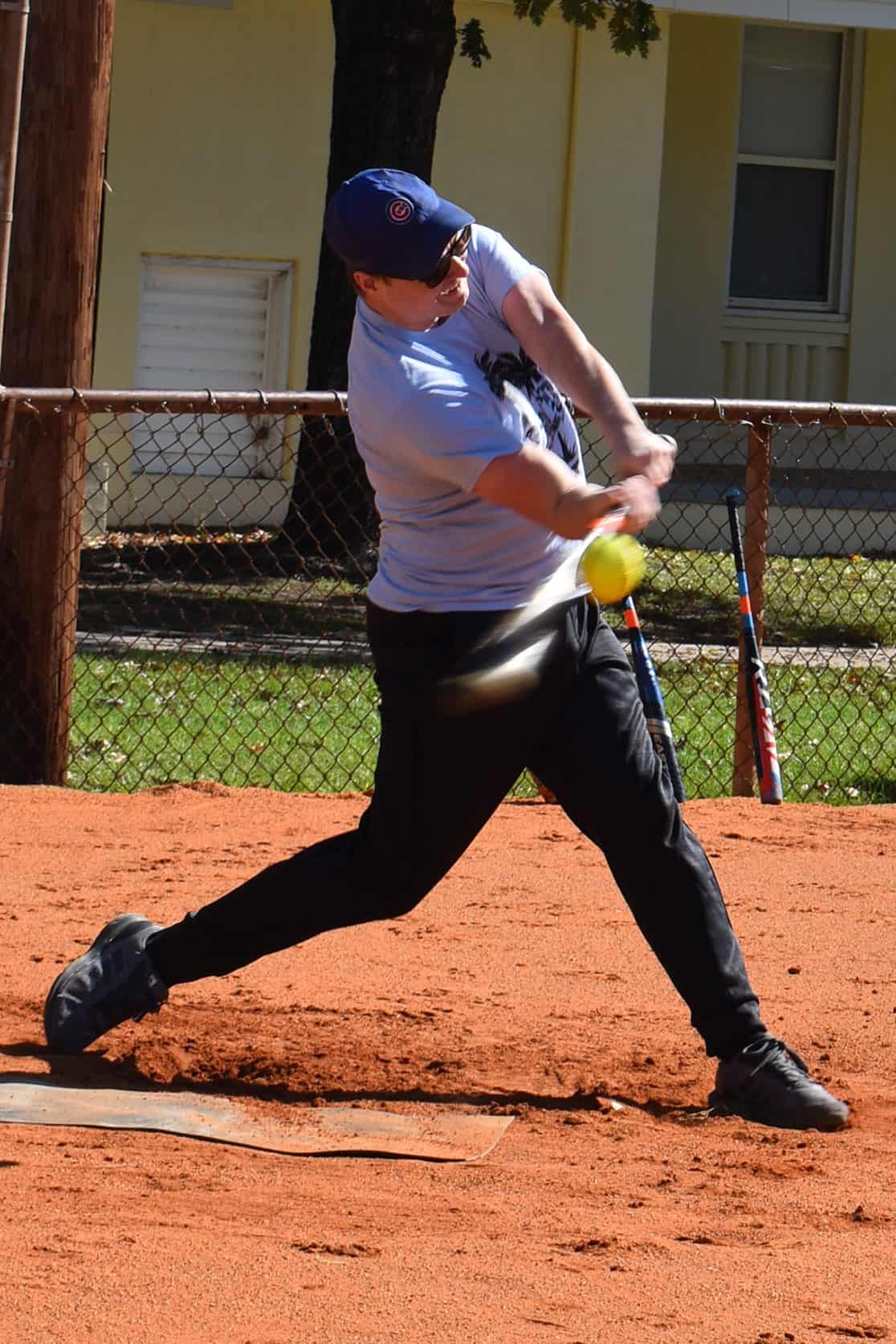 Everplay offers two separate softball leagues, one on Sunday mornings and one on Monday nights. 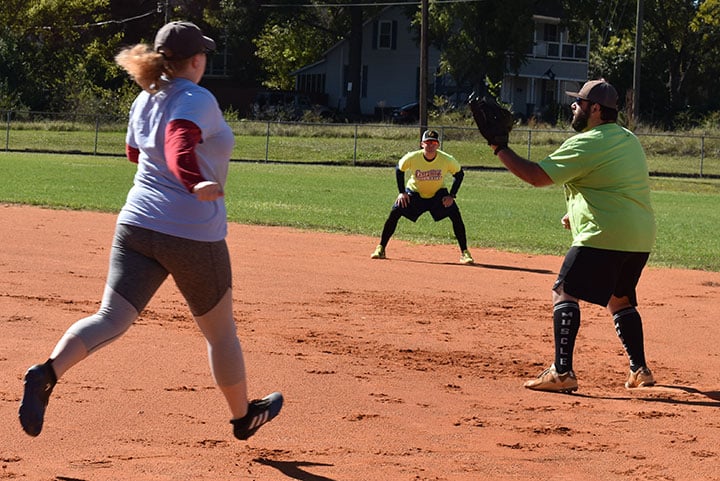 All of Everplay’s leagues are co-ed, offering equal involvement for men and women across a variety of sports. 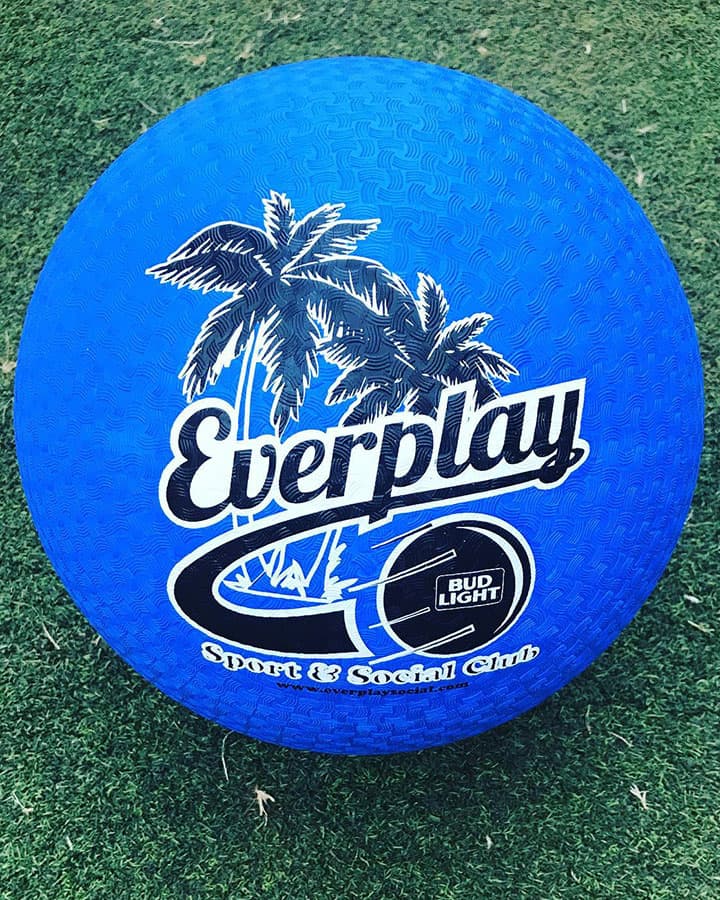 Everplay donates $250 to the charities selected by the winners of the three kickball leagues. Credit: Everplay Sports 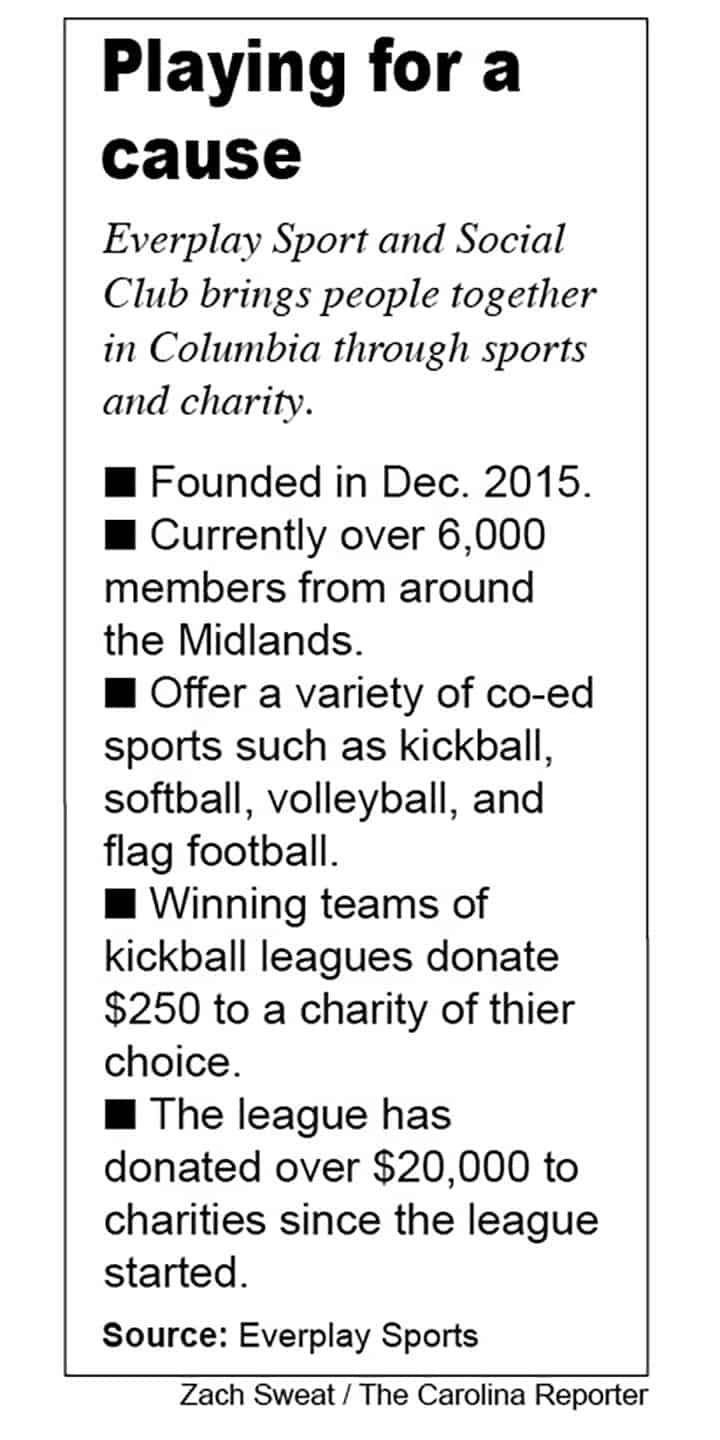