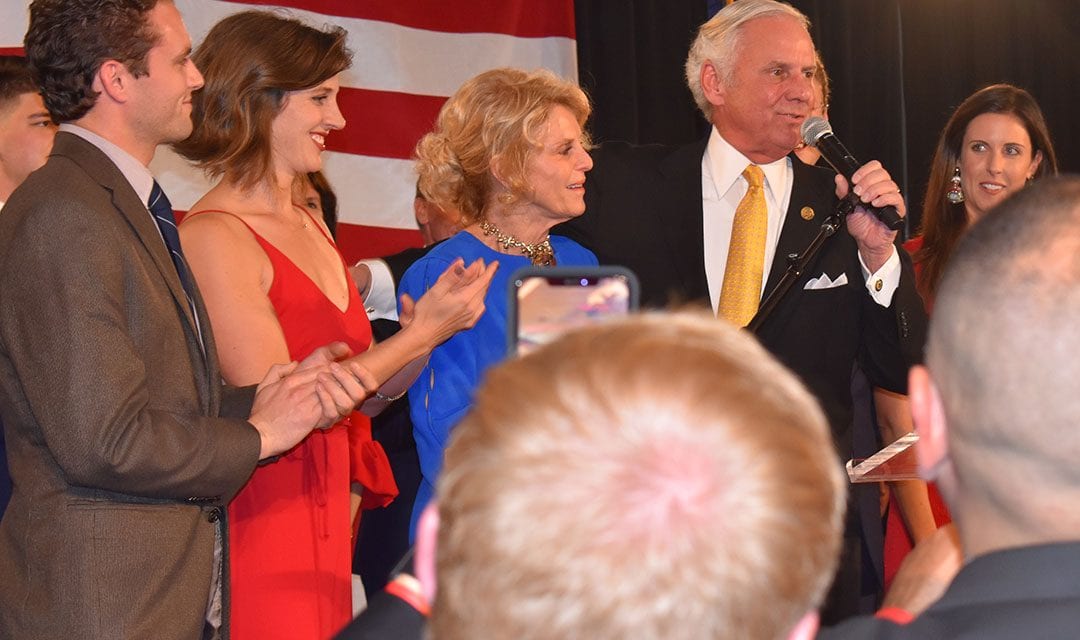 This election was Gov. Henry McMaster’s first time running for a full four-year term. In 2016, he was appointed governor after then-Gov. Nikki Haley was selected by President Trump to be the U.N. ambassador.

“Four more years! Eight more years!” The chants of the GOP faithful rang out at the  GOP watch party Tuesday night as Republicans gathered to cheer on a victorious Gov. Henry McMaster.

McMaster, appointed governor in 2016 after Gov. Nikki Haley was tapped to be U.S. ambassador to the United Nations, secured his first full term by defeating Democratic Rep. James Smith. Smith is a longtime State House veteran who touted his military experience and his support of Medicaid expansion.

The traditionally red state also welcomed the first female Republican lieutenant governor, Pamela Evette. She was joined by her husband, daughter, and two sons on stage.

This election was also the first to ever have the gubernatorial and lieutenant governor candidates on the same ticket.

The NBC network was kept on the big television screen throughout the night, and cheers rose every time a congressional seat was confirmed red. There were times the room went quiet as it it became clear that Democrats would take over the U.S. House of Representative.

The crowd kept a close eye on the Texas race between U.S. Sen. Ted Cruz and his challenger Beto O’Rourke. It was too close to call throughout the night but Cruz ended up with the victory.

Republicans swept all seven state government positions that were on the ballot.  Voters defeated a constitutional amendment that would have ended election of the state superintendent of education despite support by Haley, a former Democratic state superintendent and the current Republican Superintendent Molly Spearman, who was unopposed for a second term. 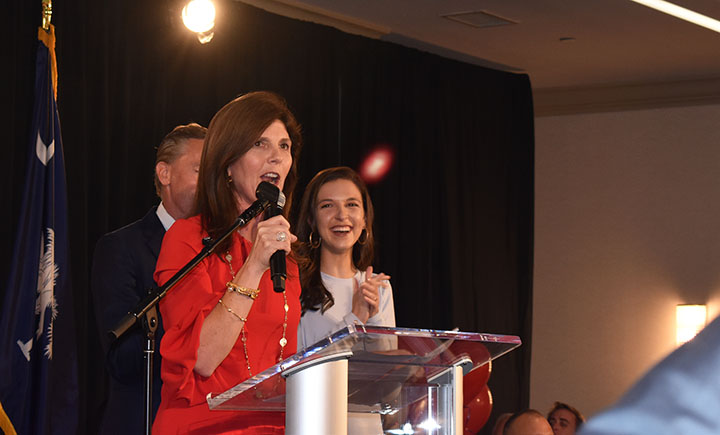 This election was the first where gubernatorial and lieutenant governor were on the same ticket. Lt. Gov. Pamela Evette made history by being the first female republican in her position. 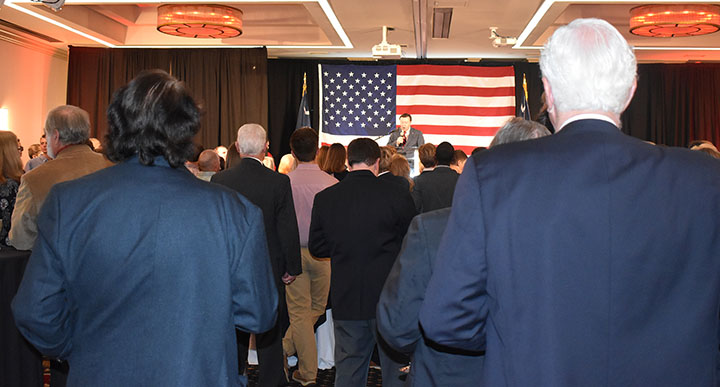 McMaster’s supporters gathered in downtown Columbia at the Hilton hotel to watch the election night results. Cheers erupted when the Senate remained in Republican control. 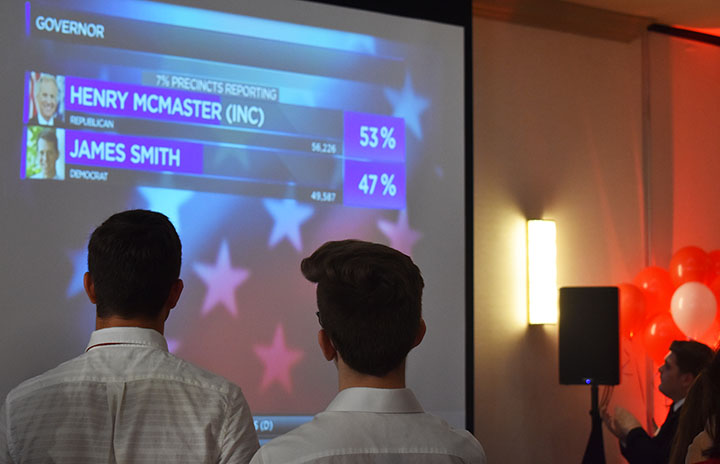 Gov. Henry McMaster was predicted to win against Rep. James Smith, a Richland County legislator who supported expansion of medicaid in S.C.