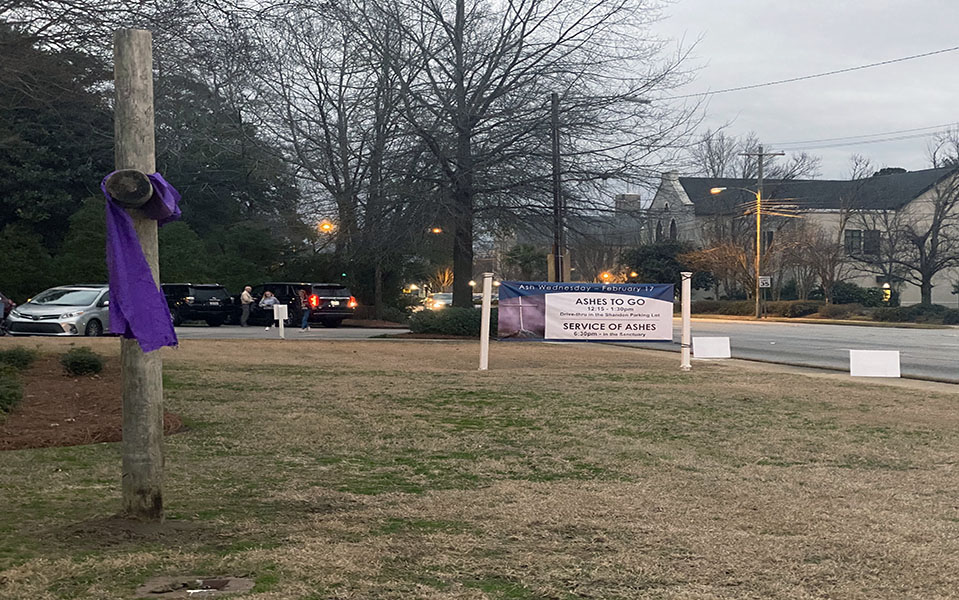 Shandon United Methodist Church in Columbia hosted an “Ashes to Go” drive-thru to mark the start of Lent on Wednesday afternoon. Photos by: Taylor Washington

On Wednesday afternoon, cars lined up in the parking lot of Shandon United Methodist Church and into the street as people waited in line to experience a shortened Ash Wednesday service.

Ash Wednesday marks the beginning of Lent, a 40-day period of fasting and reflection for Christians that leads to Easter. In a service called “Ashes to Go,” members of Shandon UMC received the traditional ash crosses on their foreheads in a drive-thru format. The ash cross symbolizes mortality and Christ’s suffering on the cross before his resurrection on Easter Sunday and is a reminder of the scriptural admonition: “For dust you are and to dust you shall return.”

Although the idea was initially conceived to give busy people a more convenient way of receiving ashes, this year’s “Ashes to Go” also provided church members with a more socially distanced option.

Since the start of the pandemic, faith has become even more important to people as it reminds them they are not alone, said the Rev. Shannon Bullion, the church’s minister of outreach and evangelism. Bullion was one of two pastors who led the “Ashes to Go” drive-thru.

Since last year, Shandon UMC has had significantly smaller services and began live streaming services on Facebook. A sanctuary that is big enough to host 600 members is now limited to about 75 to 100, the Rev. Clarence Kanipe, the church’s senior pastor, said.

Kanipe said the biggest challenge during this transition is that everyone in the congregation misses each other.

“We miss personal contact. You know, I mean, that’s when you come to church, you expect to shake hands and hug and see people that you know and you’re close to and so forth,” Kanipe said.

That same evening, Shandon UMC held a small traditional Ash Wednesday service with about 50 people. While everyone was socially distanced and had masks covering their faces, many church members were still grateful for the opportunity to worship with people they might not have seen in a long time.

Longtime church member John Tringali said attending the in-person service gave him a sense of normalcy he has missed since the start of the pandemic.

Longtime church member Gina Janvrin said Ash Wednesday was her first time attending an in-person service since December. Although she had the option of watching the service on Facebook Live, Javrin came in-person because she wanted the full experience of receiving the ash cross on her forehead.

“It’s something bigger than me or something that can explain when things are bad. Something to turn to that when I think you’re going to be better on the inside. And you just give it all to God.”

Longtime church member Darren Foy said attending the Ash Wednesday service was important to him because his faith serves as a reminder that it is okay to slow down and reflect.

“I think it keeps you grounded. I think for me, it’s somewhere to go,” Foy said. 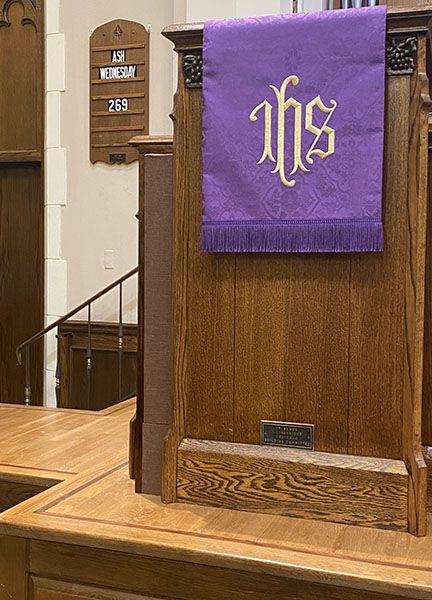