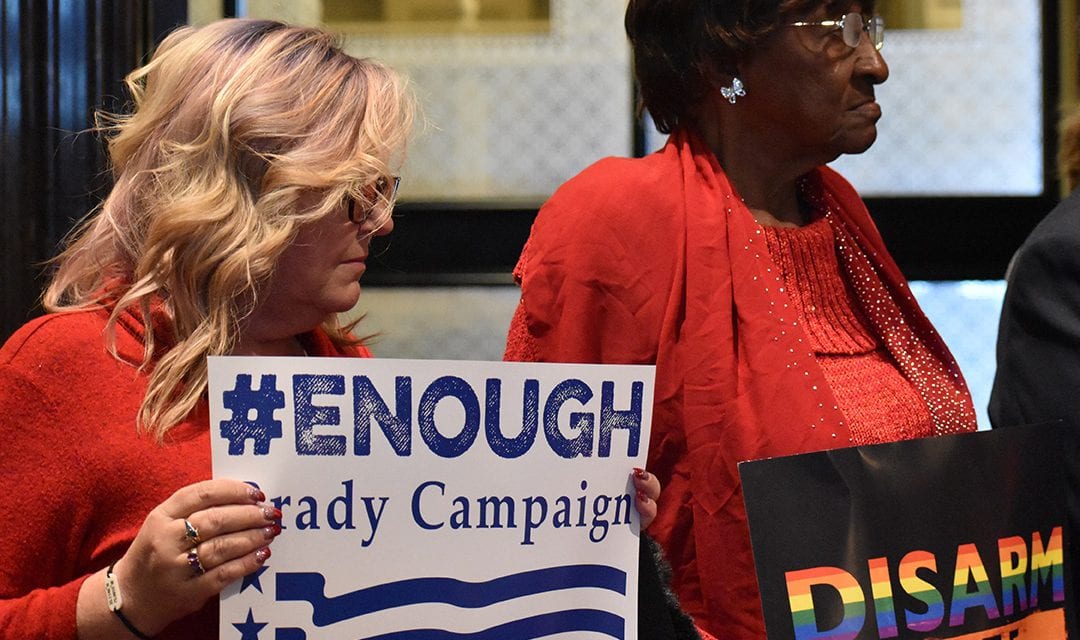 One year after the horrific Parkland, Florida, school shooting, members of the South Carolina Coalition Against Gun Violence came to the  South Carolina State House Thursday to advocate for gun reform.

Rep. Wendy Brawley, D-Richland,  who is the driving force behind two bills against gun violence,  pushed for passage of the legislation.

“We should not wait in South Carolina for this horror to happen,” Brawley said, referring to the shooting at Margary Stoneman Douglas High School in 2018 that left 17 dead. “With every right comes a responsibility.”

In 2018, over 30 children died as a result of gun violence in South Carolina, she said.

Brawley proposed two bills last year to ban the sale of high capacity magazines and bump stocks, with the exclusion of law enforcement and military officers, and add a one-time 7 percent fee for every gun sale in the state to fund training for certified resource officers within public schools.

“Because of our families, our children…We don’t want to have another episode in South Carolina where groups are gathering in peace and learning and celebration and end up being murdered. We want to protect the community from that,” Edgar said.

Roberta McKelvin lost her son, Nathaniel McKelvin III, to gun violence. She showed her support at the event as she held her son’s senior photo and wore a pin of her son’s face close to her heart.

“For me this bill being passed will mean we’re progressing, we’re raising awareness and we’re increasing the safety for all of us because gun violence is everywhere,” McKelvin said.

McKelvin’s 21-year-old son was killed on Nov. 15, 2013 while sitting on the front porch of his best friend’s house. McKelvin continues to mourn her son while advocating for gun reform.

“I love him and I miss him. My heart is broken but I’m here in memory of my son and for my grandchildren,” McKelvin said.

Brawley was joined by children at the press conference.

“They are what we are fighting for,” Brawley said.

Following the press conference, the South Carolina Coalition Against Gun Violence held a memorial  at Washington Street  United Methodist Church to honor those killed in the Parkland massacre. 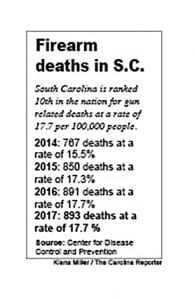 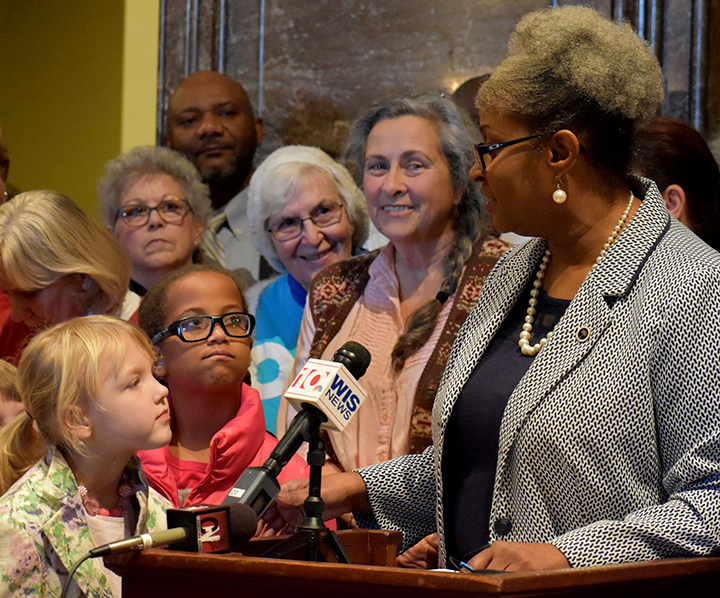 Rep. Wendy Brawley D-Richland, right, is the driving force behind two legislative bills that will help to shape gun laws in South Carolina. 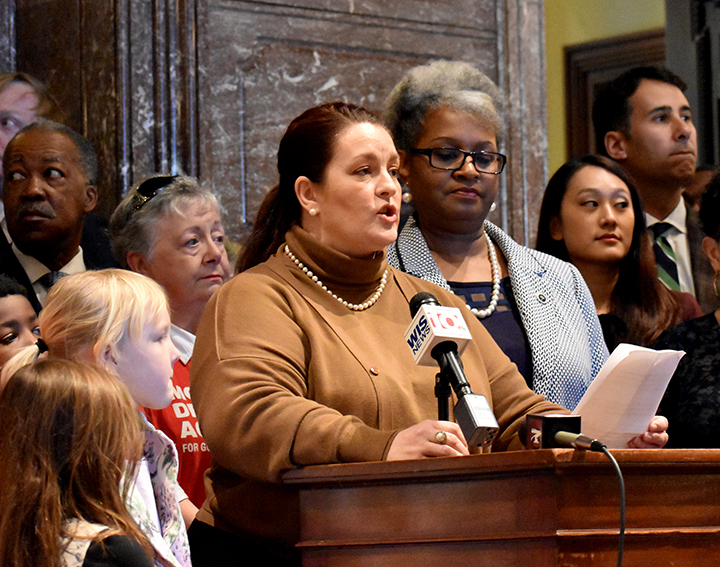 As the cofounder of the South Carolina Coalition Against Gun Violence, Michelle Edgar, center, hopes that the new bills will provide a safer environment for South Carolina’s children. 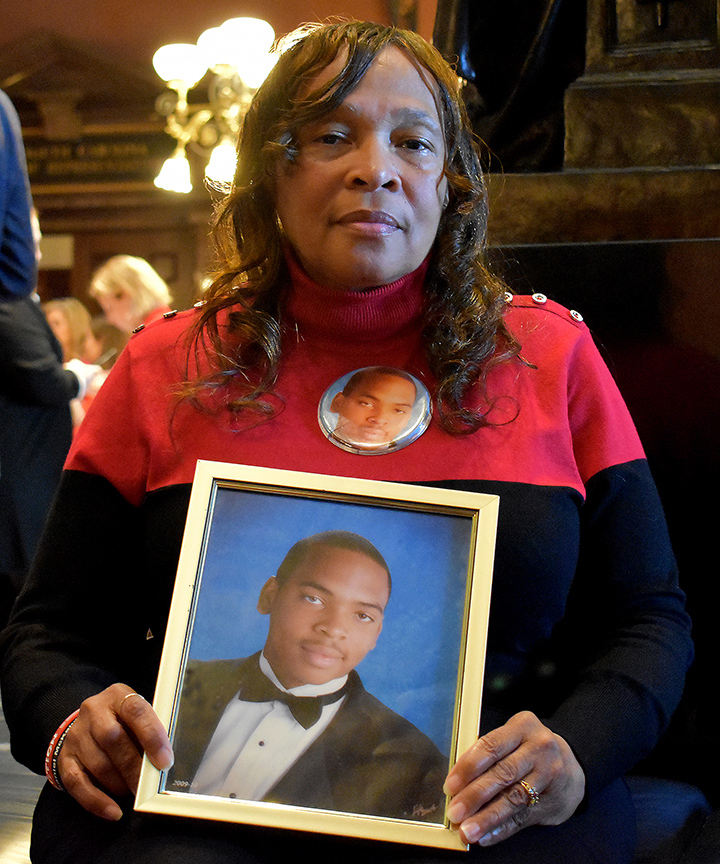 Roberta McKelvin, mother of Nathaniel McKelvin III, is advocating for gun reform in memory of her son who was a victim of gun violence on Novemeber 15, 2013. 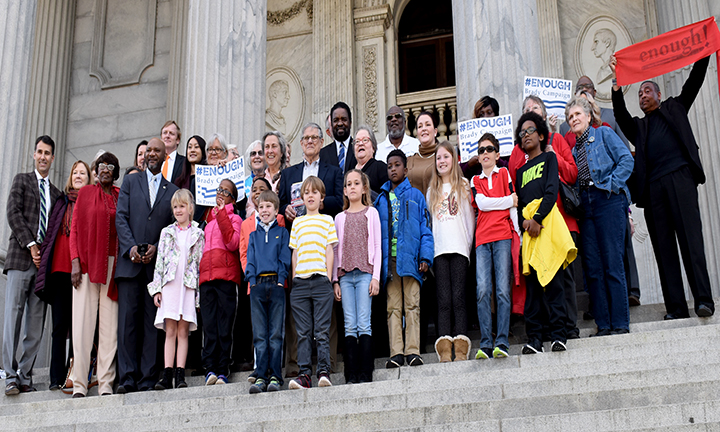 Several organizations within the South Carolina Coalition Against Gun Violence were among the crowd who rallied for gun reform at the State House thursday.