Richland’s coldest case turns 55, but her story is not forgotten

On a spring day in 1964,  13-year-old Virginia Williams walked to a house that she had recently cleaned, hoping she could get paid her small wage. Her family waited for her to venture back along the railroad tracks towards home. She didn’t come back that day.

Four days later, on April 20, 1964, the young teen  who was known as a loyal friend was found partially nude, stabbed, sexually assaulted, and strangled with a piece of her own clothing still embedded in her neck.

“They’re very different, very difficult investigations to do. And back then police officers were not well-trained,” he said. “Back in the 60s, the ability to write and organize themselves, that could be a battle. Things weren’t documented well and weren’t organized. So moving back, we have to piece cases together.”

Although police did interview possible suspects, there were few scientific tools, such as DNA identification, that could aid the investigation.

Isenhoward calls it a “divine intervention” that the department received an email from Virginia’s childhood friend, Freddie Johnson, expressing her concerns about the original investigation. The two had gone to school together and shared a desk in the 7th grade.

“She didn’t have closure. That was her friend,” Isenhoward said. “The one beautiful thing that we were able to do is bring in the family, existing family members and explain to them in transparency, this is the difficulties that we’ve had.”

Freddie Johnson and Virginia’s family met for the first time when the case was reopened. They recalled that when Virginia was murdered, their community didn’t talk about it. But in an interview with The State, Johnson says while Virginia looks like “a forgotten little girl,” she’s not forgotten by them. Friends and family gathered with the community near her Booker Washington Heights home for a a vigil in her memory in January, when she would have been 68 years old.

The RCSD has been more actively investigating the case in recent years. After over 20 years in law enforcement, Isenhoward knows when you’re able to close a case, it’s very rewarding. But bringing closure to the families of victims is what he hopes for.

“It may be just telling people this is who did it. There may not even be an arrest involved,” he said. “It can be frustrating, but at the same time, people can get a lot of closure out of knowing what happened. That’s what we really work for.”

To Isenhoward’s knowledge, Virginia did not have a proper funeral in 1964. However, records show she was buried in Lincoln Cemetery in Columbia, South Carolina. 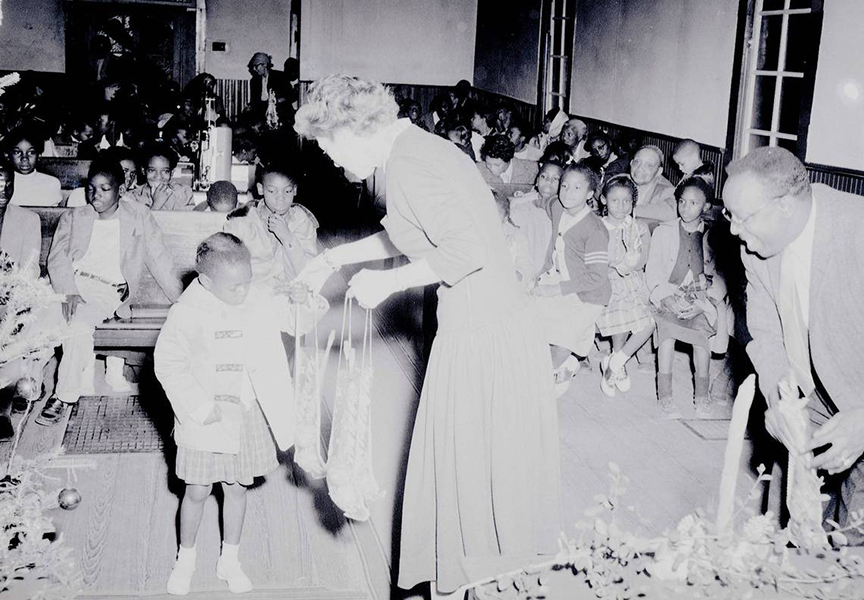 A 1959 photo believed to be the only of Virginia Williams while she lived. Virginia is on the second row of pews in the white sweater furthest to the left, her family believes. Courtesy of the South Caroliniana Library, University of South Carolina, Columbia, SC.