Columbia celebrates a St. Patrick’s Day unlike any other 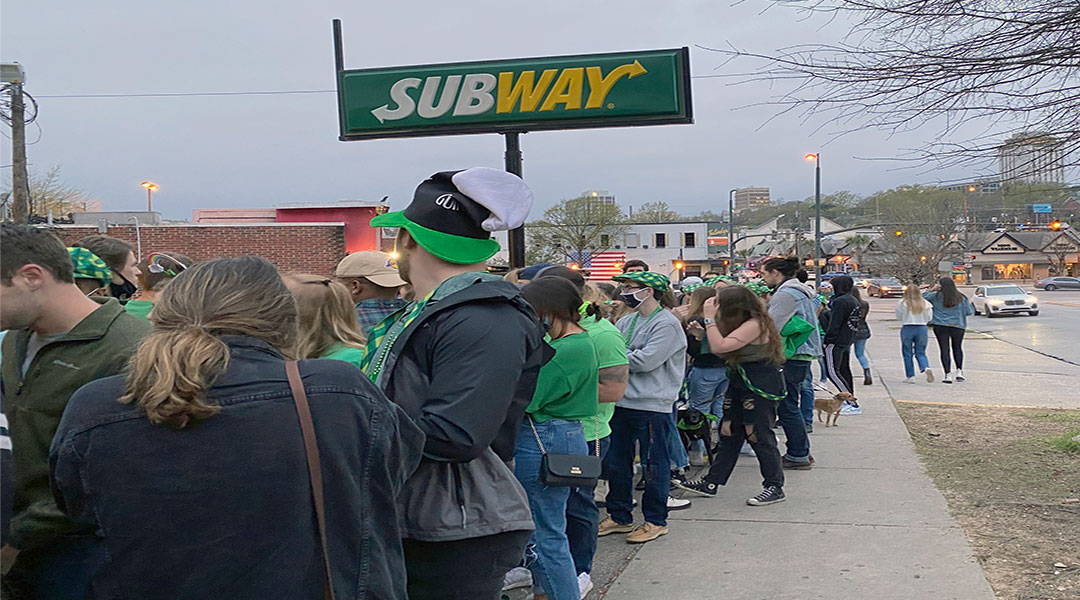 Bars like Jake’s on Devine hosted their own St. Patrick’s Day festivities in place of the cancelled St. Pat’s in Five Points celebration that was cancelled for a second straight year. Photos by: Trey Martin.

Columbia residents are hoping that crowds of green and sounds of music will be prominent amid a St. Patrick’s Day weekend unlike any other.

Celebrations in the Columbia area look quite different after the iconic St. Pat’s in Five Points festival was cancelled for a second straight year amid the COVID-19 pandemic.

Crowds still flocked to local restaurants and bars this Wednesday, St. Patrick’s Day, in large numbers. A spokesperson for The Publick House in Five Points said the holiday was their busiest day of the year thus far. They expect the crowd next Saturday, which is typically when the festival is held, to be no different.

Some bars in the area still offered holiday-related festivities. Guests in line at Jake’s on Devine said they waited over an hour to be let into the establishment, which will also host its own celebration on Saturday, March 20.

Originating in the 1980s, the festival is known for bringing nearly 40,000 visitors to the streets of Five Points. Carlisle Cooper, a junior at the University of South Carolina, enjoyed the unique chance to meet new people in the middle of the semester.

The festival also serves as a diverse showcase of musicians from around the area. The streets of Columbia will sound different than in years past, since the majority of restaurants have scaled back or done away with live music.

“It employs and shows musicians to the city of Columbia,” said musician Cat Galan. “If they aren’t going to Five Points, they might go to other restaurants or bars that will also hire live music, so even if you’re not in the festival there are a lot more playing opportunities that are obviously not happening right now.”

Galan, who leads bands Bellavida and Stankface, was scheduled to perform St. Patrick’s Day evening, but had the show cancelled the day of. Some bands are planning on using modern methods to showcase their music to an audience in place of the normal opportunities.

“I had livestreamed stuff before, but not nearly the amount that has been happening the past year. Since my band is free [St. Patrick’s Day] we are doing a livestream instead of our gig because we were like ‘well, we rehearsed this stuff and we are ready to go,’” Galan said.

St. Patrick’s Day holds a special place in the hearts of Columbia residents, and it appears that they will still be finding ways to celebrate the holiday in place of the typical festival.

“St. Patty’s Day is by far one of my favorite holidays to celebrate in Columbia,” Cooper said. “The food, music, learning more about the Irish culture and celebrating with everyone in Columbia makes for such a fun Saturday.” 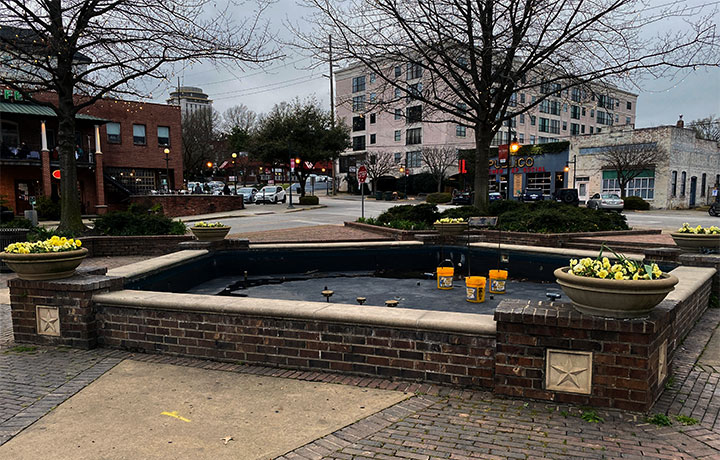 The Five Points fountain, which is typically turned green to commemorate the holiday, sits empty this St. Patrick’s Day.