From across the pond to across generations: How Black women see themselves in Meghan Markle 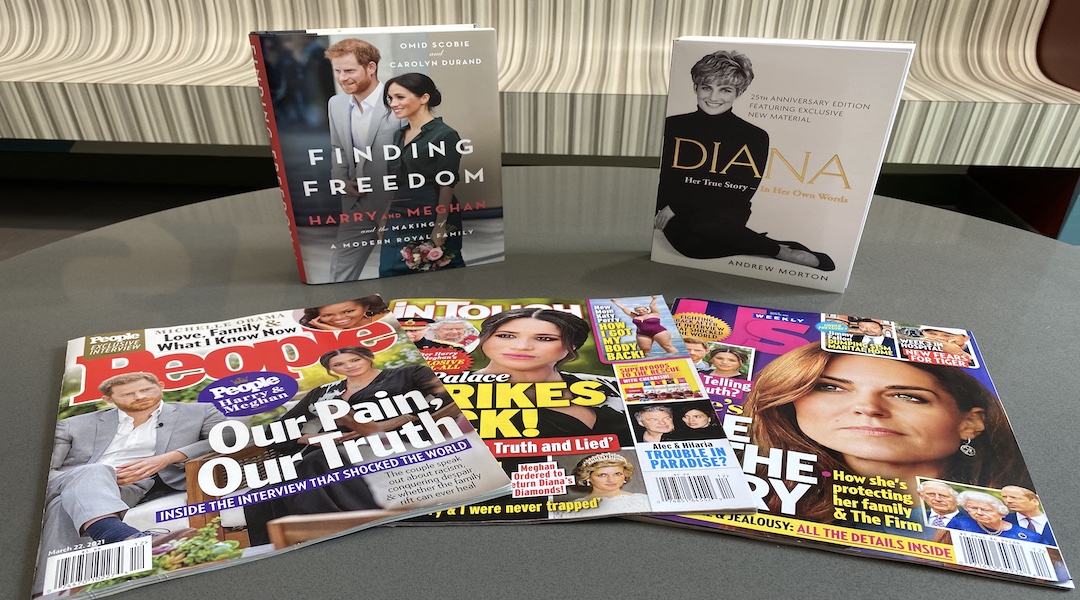 Meghan and Prince Harry’s interview with Oprah dominated headlines throughout the world after Meghan detailed the racist behavior she endured throughout her time as a senior royal. Photo by: Kourtney Vermillion

When the former American actress Meghan Markle married Great Britain’s Prince Harry in 2018, their story had all the makings of a fairy tale.

Meghan’s biracial identity made many believe their union would mark the beginning of a new age for the modern royal family. However, the couple now says her identity as a Black woman was the same reason she was pushed out of royal life altogether.

Since her engagement to Prince Harry, Meghan has battled racist headlines from the British tabloids and experienced tension from her not-so progressive royal in-laws. In January 2020, the couple announced that they would be stepping down as senior royals, and last month they confirmed they would not return. The couple, who carry the titles of Duke and Duchess of Sussex, has since settled in California with their one-year-old son, Archie.

Still, Meghan and Prince Harry could not control the narrative about their experience and ultimately decided to set the record straight in a highly publicized two-hour interview on CBS with Oprah Winfrey.

Bombshells from the interview included accusations against an unnamed royal family member speculating about Archie’s skin color, the institution denying Meghan mental health treatment after she expressed suicidal thoughts and the royal family’s public relations team refusing to correct defamatory stories about the couple, according to Meghan. co.

“I came to understand that not only was I not being protected, but they were willing to lie to protect other members of the family, but they weren’t willing to tell the truth to protect me and my husband,” Meghan told Winfrey in the interview that aired March 7.

Although Meghan’s story took place across the pond on a global stage, generations of Black women found themselves relating to her plight. Meghan’s experience with racism within the royal family and Great Britain mirrored their own experiences in academia, the workforce and at home.

Lyric Swinton, a University of South Carolina alumnus and the director of engagement for Secure the Ballot, said Meghan’s accusations against the royal family were alarming, but not surprising.

“I think that the monarchy is rooted in colonialism and also racism, so adding somebody who is you know, mixed-race, but in their eyes Black, marrying into that family, that’s different, to say the least,” Swinton said.

One of the revelations from the interview that troubled Swinton the most was the royal family’s lack of concern for Meghan’s mental health. However, she said this attitude toward Black women is not uncommon.

“But even the fact of her reporting her mental health concerns and being ignored, that goes back to this notion that Black people don’t feel pain,” she said.

Swinton referenced J. Marion Sims, the 19th century gynecologist who experimented on Black women without anesthesia during slavery, as an example.

Meghan’s experience as a Black woman in leadership resonated with Swinton. During her UofSC student body presidential campaign, Swinton believes she was not given the same treatment as her white peers and the aftermath affected her mental health.

“I just remember me, after years and years of diversity work at this institution, I remember I saw an endorsement come out and like mainstream media saying that my white male opponent had the right idea about diversity, just because he’s white and talking about diversity,” Swinton said.

She felt this treatment was unfair, especially since she dedicated most of her time at UofSC to diversity causes and initiatives. Swinton said she regrets not standing up for herself more, but she feared she would come off as the “angry Black woman” she believed people wanted her to be.

“I completely relate to Meghan having to shrink down parts of herself and shut down parts of her identity to try to fit into a system, and it’s not fun. It’s not fun, it’s uncomfortable,” Swinton said. “But that’s an everyday reality for Black women, specifically in leadership.”

Meghan’s willingness to be transparent about her mental health was important to Swinton because she hopes the interview will encourage more Black women to come forward with their stories.

Kayla Mallett, the network engagement manager for the Women’s Rights and Empowerment Network, said she felt automatic empathy after hearing Meghan’s story, especially as a mother.

As a child, the now 35-year-old Mallett said she remembers when the Ku Klux Klan burned churches in her hometown of Manning, South Carolina.  She related to Meghan’s decision to give up royal life to secure Archie’s safety and shield him from the racism they were experiencing in Great Britain.

“I think about the impact of having kids grow up in environments where there’s a constant unconscious or either conscious comparison with other kids who are automatically held in higher regard or any of those things. I can see why she made the decisions that she made into preserving to protect that innocence,” Mallett said.

Although Mallett recognizes that Meghan’s privilege, whether it be her wealth or her fair skin, is what allowed her to marry into the royal family, and now allows her to tell her story, she believes visibility for all women is important. This is why Mallett said she champions women’s stories in her work with WREN.

Shirley Staples Carter, a professor and an associate dean for diversity, equity and inclusion at UofSC, admitted the media circus leading up to the interview made her have doubts, but she felt Meghan’s story was genuine after watching.

Before the interview, Carter was already a fan of Meghan’s philanthropy and mentorship work with young women.

Carter said Meghan’s experience as a woman in leadership resonated with her because like Meghan, she has been in situations where she felt her authority was not respected. Carter said during her time in academia there have been instances when people have referred to her male colleagues without doctorates as “doctor,” but would not refer to her as one.

“I have a doctorate and sometimes students will refer to me as Miss Shirley. Can you believe that,” she said.

Carter also said that women, especially women of color in leadership, are often treated like they do not belong, which causes women in this position to feel like “others.”

“Even though you may have the credentials, the background, the experience, always being approached in a way that you are ‘other’ makes you feel like an imposter even when you are rightfully in a place where you should be,” Carter said.

As the interview and its aftermath continue to dominate the headlines, Carter urges everyone to remember one thing.

“My God, she’s human. I hope they get that same reaction that people walked away from when they saw what happened with George Floyd last summer. He’s human,” Carter said. “We just have to come to that realization that we don’t always have to be treated as ‘other.’” 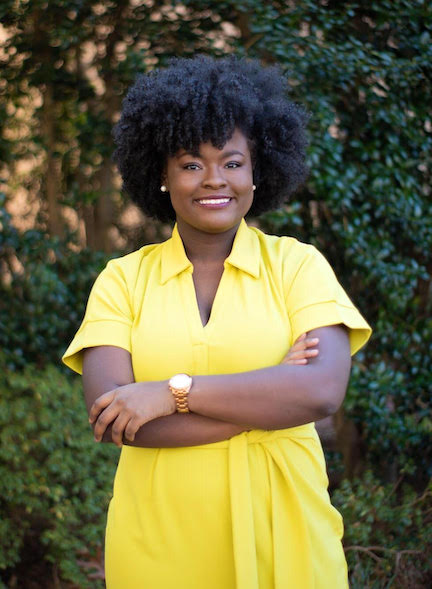 Lyric Swinton said that as a Black woman she was treated differently during her time in UofSC student government and wishes she would have stood up for herself more. Photo courtesy: Lyric Swinton 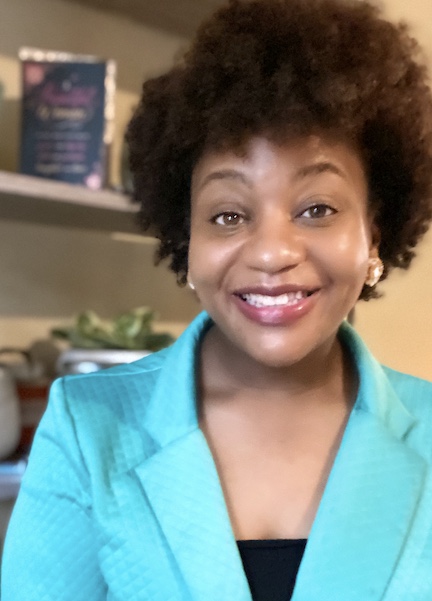 Kayla Mallett said she was saddened after hearing Meghan’s story because she believes Meghan deserves the same shot at happiness as Kate Middleton, the Duchess of Cambridge. Photo courtesy: Kayla Mallett 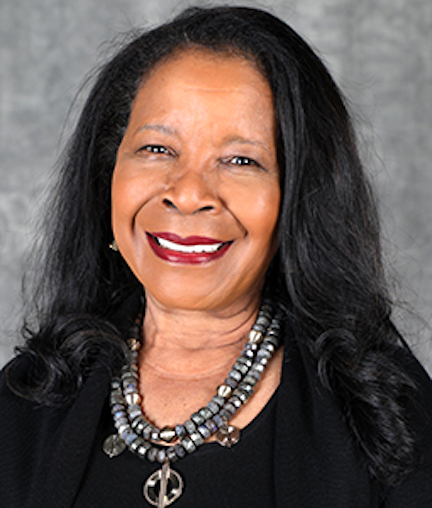