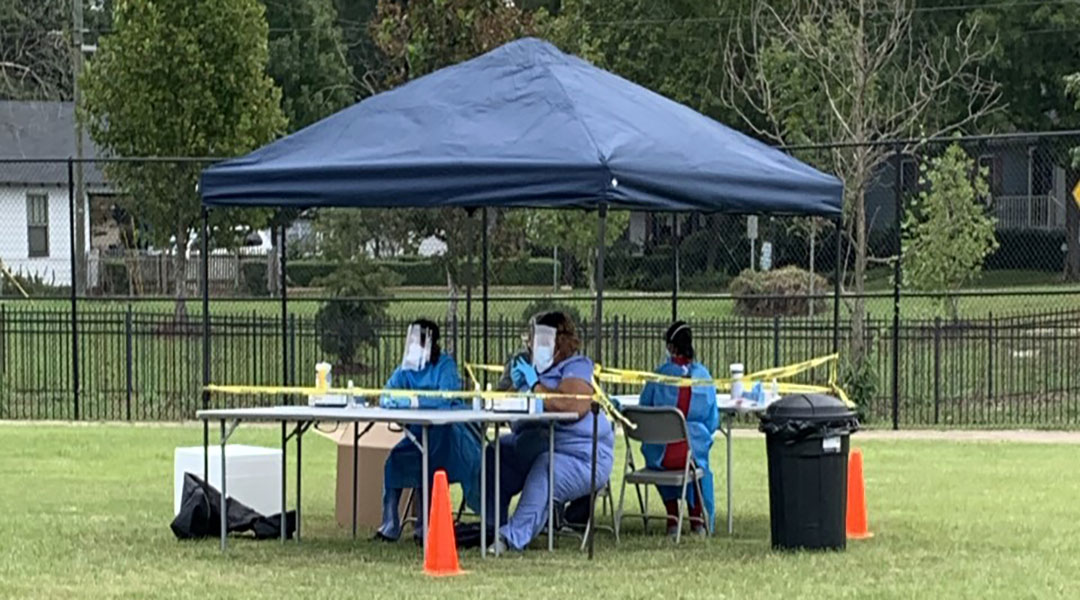 Healthcare workers set up free COVID-19 testing at outside locations in Columbia.

As dozens of Columbia residents lined up Saturday to get tested for the coronavirus at two new sites, the U.S. surgeon general encouraged the Columbia community to get tested and urged residents to get the annual flu shot.

Dr. and Vice Adm. Jerome Adams, joined by Gov. Henry McMaster, University of South Carolina President Bob Caslen and other officials at Martin Luther King Jr. Park, said that it’s important to get the flu vaccine this year to prevent complications for the community and health care institutions.

“We can truly help our communities, save ourselves and saving others by getting a flu vaccine this year,” Adams said. “We have the safest vaccines in the world and safest vaccines in history and that’s because of the process we go through.”

The two testing sites in Columbia are part of a statewide testing initiative for COVID-19.

Frank Houston said it wasn’t his first time getting tested, but because the site at MLK park was in his neighborhood, he went to get tested a second time for precautionary reasons.

“I thought it was important to know where you are and where your health stands,” Houston, who has lived in Columbia for 24 years, said.

Johnsey Rice, a food service worker at Fort Jackson, said it was important for her to get tested because she’s around others on the sprawling Army base.

“Well, I am on Fort Jackson, which is a critical line out there with all the soldiers and trainees and what not,” said Rice.

Rice has lived in the area for 22 years and said the testing site at MLK Park was necessary.

“I think it’s very much needed for the community,” Rice said. “I’m kind of disappointed I don’t see as many people out here right now. I don’t know if it’s the time of the day or whatever, but it’s very important for me, as far as health wise.”

The statewide initiative by DHEC, the City of Columbia and UofSC provided two testing sites at MLK Park and Founders Park on Saturday and Monday.

Keith Frost, Commander for DHEC’s COVID-19 response, said the goal of the initiative is to do more testing and encourage residents to get tested.

“It’s a statewide goal to increase testing to determine what the prevalence of the disease is in the community,” Frost said.

Residents who were tested Monday said they would take the vaccine for the coronavirus if it’s not rushed and if they saw proof that it was effective with improvement in positive patients.

Shelia Baker, a former health care professional, said she would consider taking the vaccine, “if it’s not rushed and I’m confident that I can believe what DHEC and other health officials say that, you know, it’s good to take it, it’s safe and that its going to work. 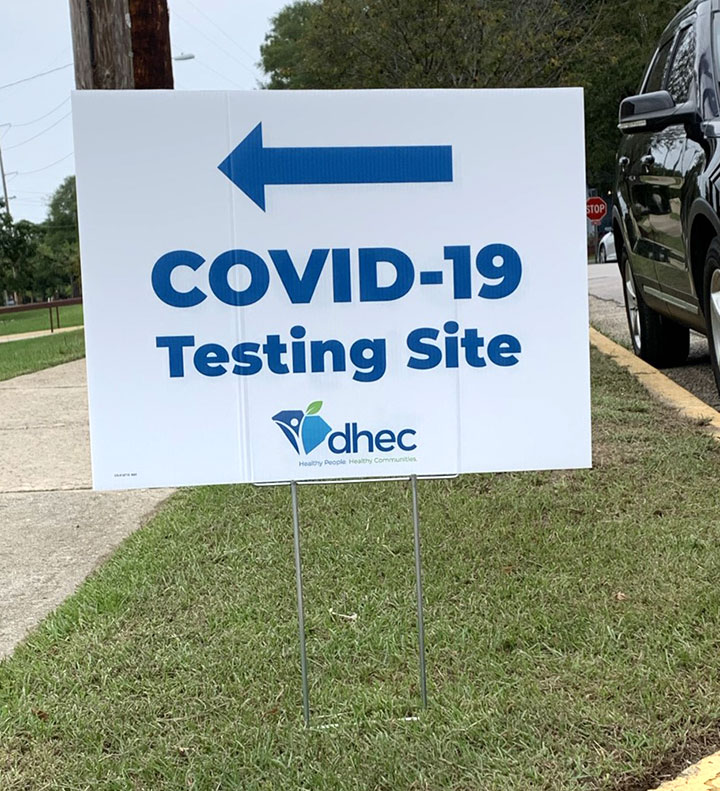 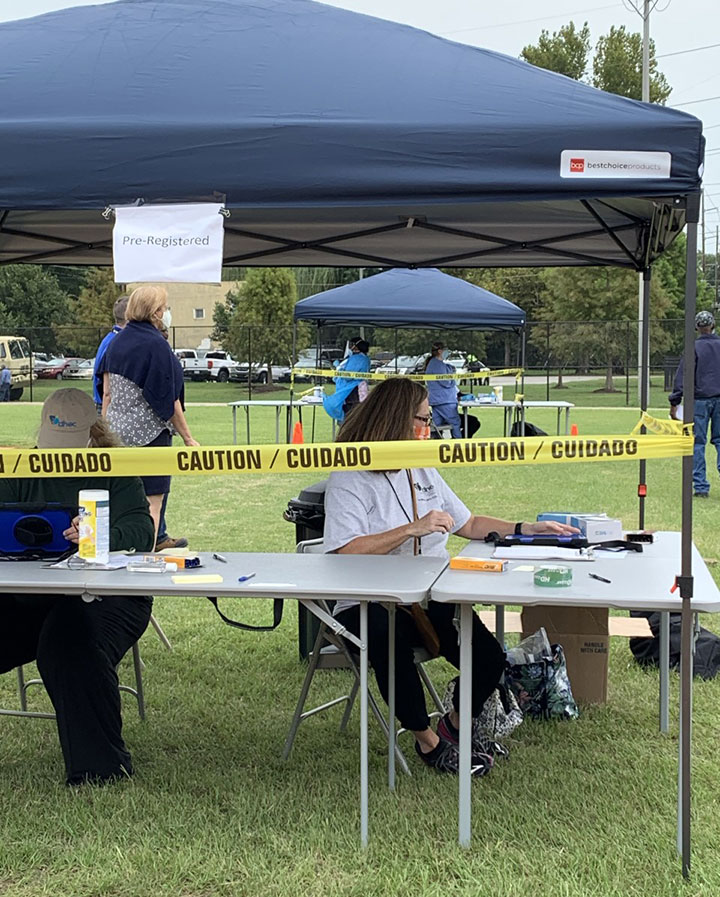 Registration is not required for testing at most sites. 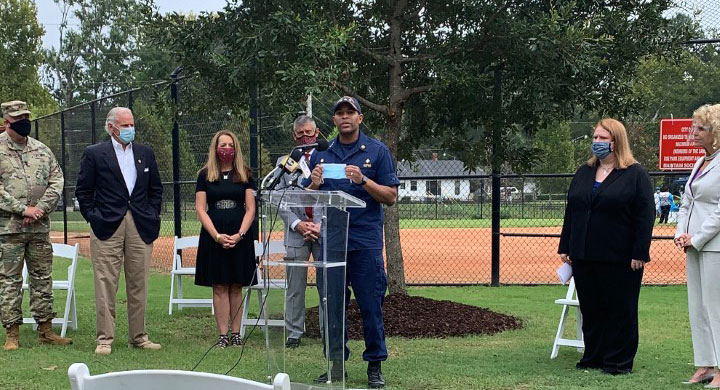