Columbia community to gather in remembrance of Pittsburgh shooting victims 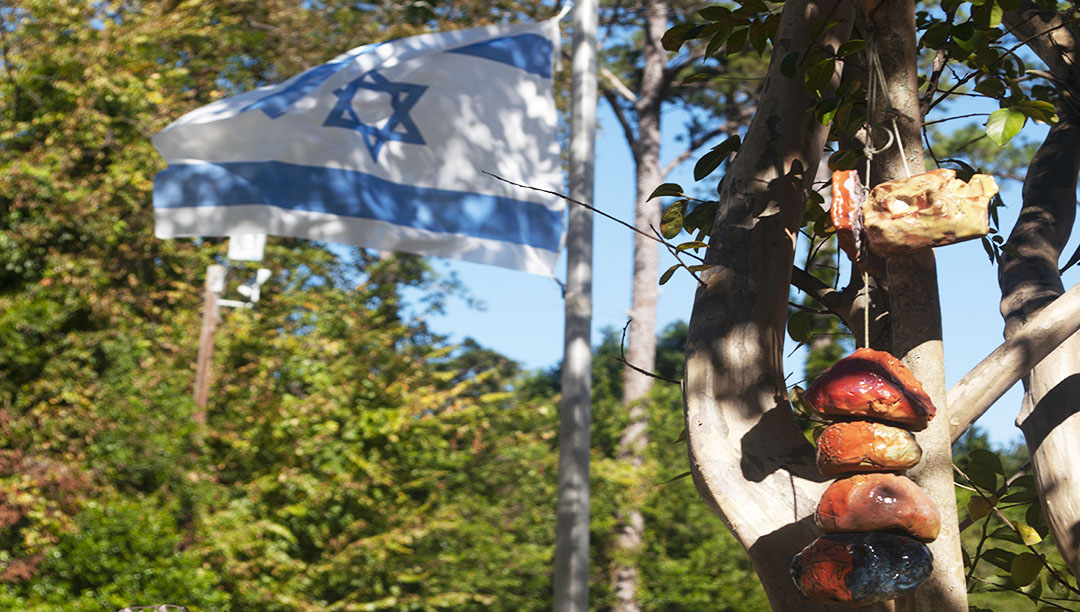 In the days after a gunman killed 11 people at a Pittsburgh synagogue, the Star of David flag and art created by school children are displayed outside Columbia’s Beth Shalom Synagogue on North Trenholm Road on Oct. 29.

Columbians are set to honor and remember the 11 people who were shot and killed Saturday at their Pittsburgh synagogue with a vigil hosted by Beth Shalom Synagogue on Tuesday.

“We will gather together in strength … to mourn our dead, and gain comfort and solace with one another,” said Rabbi Jonathan Case, who leads Beth Shalom.

Eight men and three women were gunned down and several others were injured by a single shooter at Tree of Life Synagogue in Pittsburgh, making it the deadliest attack on the Jewish community in U.S. history.

The vigil will be at Beth Shalom on North Trenholm Road in the Forest Acres neighborhood on Tuesday at 6 p.m.

In the wake of the attack, law enforcement is stepping up to ensure the local Jewish community’s safety not just in the Midlands, but also in the Lowcountry.

In addition to an increase in Richland County Sheriff’s Department patrols around Columbia synagogues (including one that shares a name with the Pittsburgh synagogue), Kahal Kadosh Beth Elohim in Charleston will employ security guards and keep an “ongoing relationship” with the police department, The State reported Monday.

Members of other synagogues and people of other faiths are looking to counter the hate by joining with Beth Shalom on Tuesday. The Rev. Ellen Skidmore, senior pastor at Forest Lake Presbyterian Church, cited Martin Luther King, Jr. to illustrate why.

“I wish I had a word of wisdom. It feels as if things are spinning,” Skidmore said Monday. “It falls to the churches to call it out. Like M.L.K. said … ‘Hate cannot drive out hate. Only love can do that.’”

Beth Shalom Synagogue is on North Trenholm Road in the Forest Acres neighborhood.

Case said while he and his congregation are “reeling from this act of terror,” they hope to find comfort in each other.

“We are nothing if we are not one,” he said. 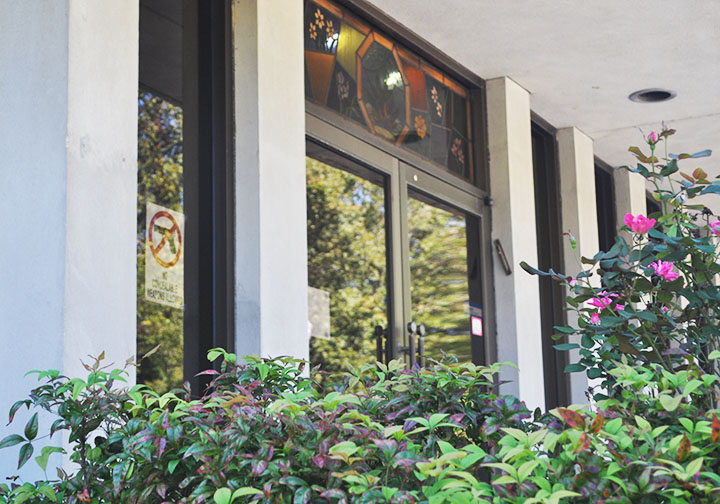 A “no concealable firearms allowed” sign is visible in the window of Beth Shalom Synagogue. On Oct. 27, a gunman opened fire at Tree of Life Synagogue in Pittsburgh, killing 11 people and injuring six others. 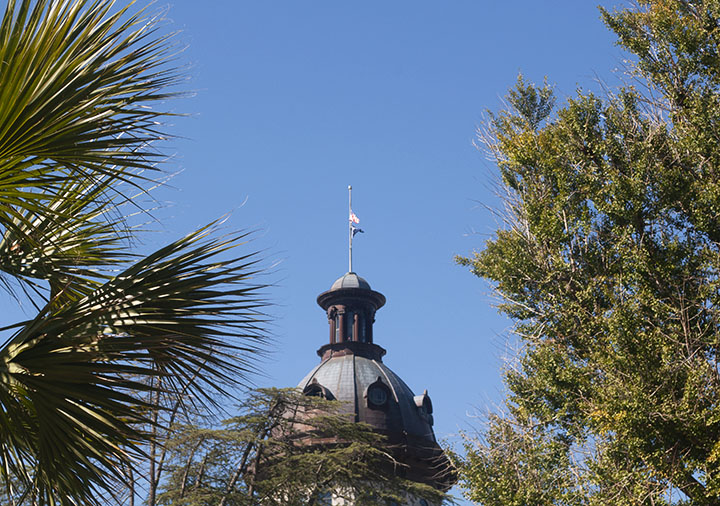 The U.S. and South Carolina flags are raised at half staff at the dome of the S.C. State House on Monday, Oct. 29 in honor and remembrance the Pittsburgh synagogue shooting victims. 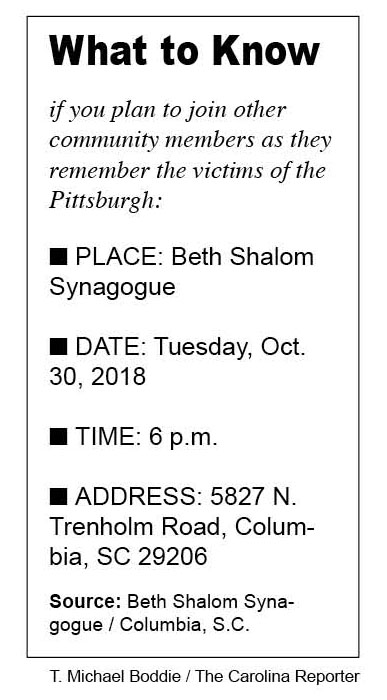