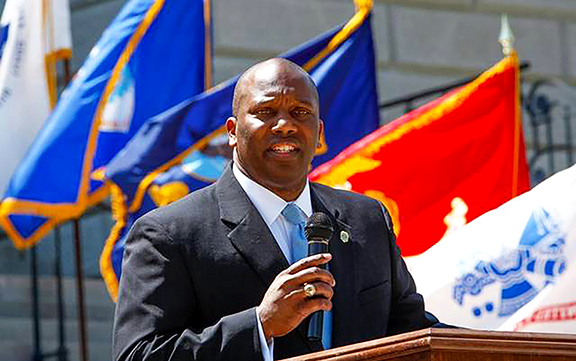 Fifth Circuit Solicitor Dan Johnson is at the center of SLED inquiry and an FBI probe after he was accused of using office funds to finance expensive vacations and club memberships. 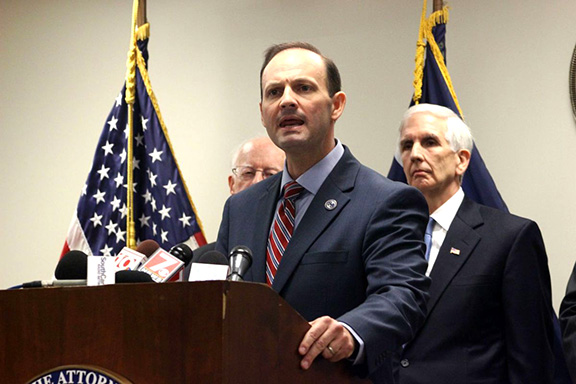 South Carolina Attorney General Alan Wilson asked SLED to begin a public inquiry into Dan Johnson’s spending after the allegations against the Solicitor were revealed.

The profligate spending habits of a high-profile Richland County prosecutor, including a $6,000 Christmas party and thousands of dollars in travel expenses, have led to questions regarding political oversight in South Carolina.

Dan Johnson, the Fifth Circuit solicitor for Richland and Kershaw counties, just filed for re-election on March 30. Johnson is alleged of utilizing office funds to finance questionable purchases including exotic vacations and exclusive club memberships. He earns $136,905 annually from his position as solicitor.

“We’ve been doing good work and helping a lot of people,” said Johnson to reporters from The State after filing for re-election on March 30.

The spending, first reported in a review by the Charleston Post and Courier, ranged from 2012-2017 while Johnson was in office and sparked immediate reaction from South Carolina’s top law enforcer.

The inquiry was requested by the attorney general’s office hours after the initial review was published on March 8. The inquiry has since been followed by the announcement of an FBI probe on March 23rd. An inquiry is defined as the process of searching for information through questions and probing and is less organized than a formal investigation.

The information revealed by the Post and Courier was first published by a nonprofit watchdog called Public Access to Public Records (PAPR). PAPR is an organization dedicated to acquiring government records under South Carolina’s Freedom of Information Act. PAPR’s leadership includes former editor of the Greenville News, Bill Fox, Charleston-based attorney Chris Bryant, and Porter Barron Jr., the owner of the Columbia restaurant The War Mouth. The organization publishes documents they uncover to their website https://www.papr.org/.

“It was some of the most highly questionable spending I’ve seen in a 40-year career,” said John Monk, a political reporter for The State newspaper in Columbia.

While these accusations are serious, they are still just reports in the early stages of an ongoing probe. “We can’t make any decisions based on articles in the newspaper,” said Kittle.

In South Carolina, “Circuit Solicitors” operate in a role similar to that of a district or state attorney in other jurisdictions. They are elected for four-year terms and handle prosecution duties as well as overseeing a number of diversion programs and community services.

One issue the reports of Johnson’s spending has brought to light is the lack of political oversight that could have allowed this spending to occur.

“Solicitors in general don’t have much oversight; constitutionally the attorney general has prosecution oversight but we don’t control their budgets and we can’t suspend a prosecutor,” said Kittle.

This lack of oversight is particularly of concern when the amount of funds circuit solicitors have access to is taken into consideration.

“They have multiple sources of revenue flowing into their bank accounts, so there is a lot of money to play with,” said Monk.

The spending documented in the reports published by PAPR has politicians concerned as well.

“I think there needs to be some oversight. I think the general public, as well as members of the General Assembly, need to know where money is being spent,” said Rep. Peter McCoy (R-Charleston) in comments to the Charleston Post and Courier.

When asked about how potential misspending like this could be prevented in the future, Robert Kittle said an increase in oversight is necessary.

“The legislature would have to take some sort of action to make sure all solicitors have the same oversight, making them meet the same spending requirements and having audits every year,” said Kittle.

Dan Johnson maintains his innocence and recently hired two defense attorneys in the wake of the accusations. He will run against Columbia lawyer Byron Gipson in the upcoming election for the solicitor position. Gipson said he is running for the position “because I believe the integrity of that office needs to be restored.”