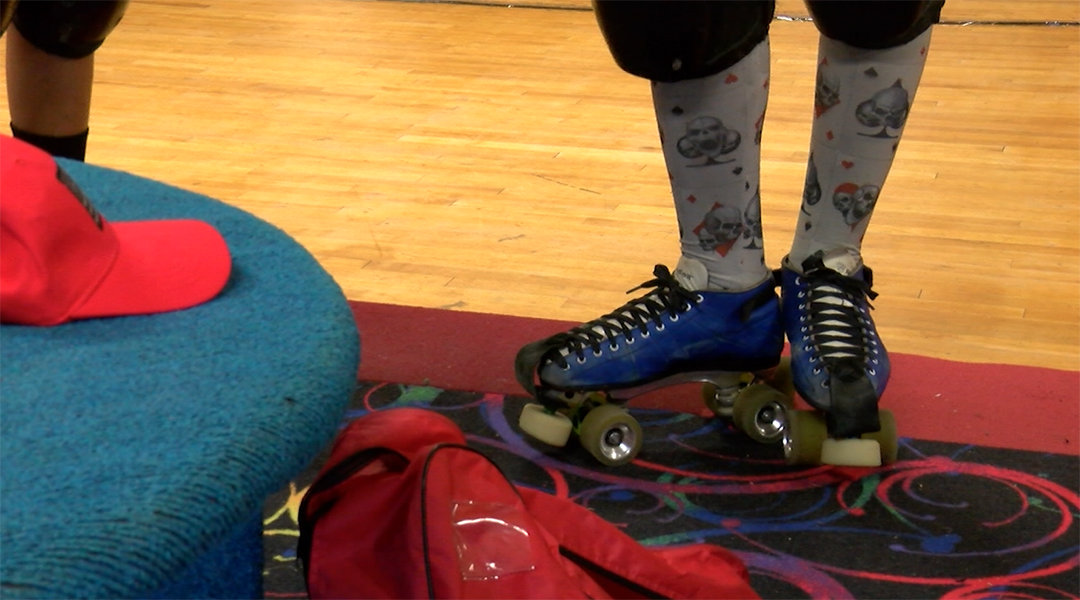 Players prepare for practice by putting on their knee pads and skates. 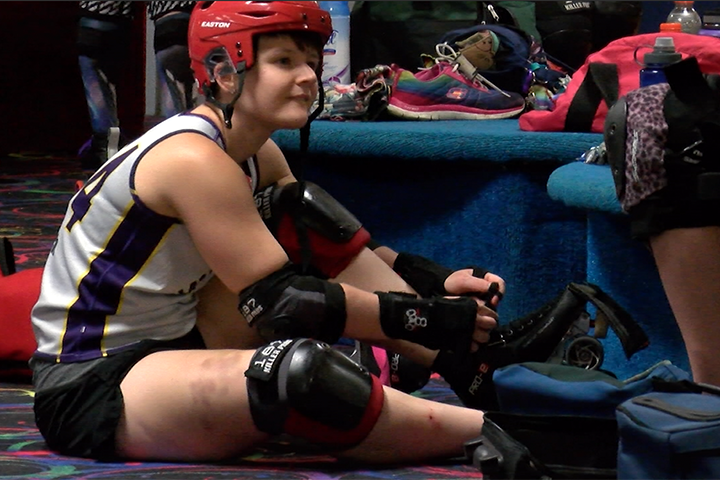 Roller Derby players take a break from practice, and readjust their skates.

Some Columbia residents are finding a sense of community through the rough and tumble sport of roller derby.

The contact sport is known for its aggressive nature, but players on the Columbia QuadSquad Roller Derby League say there is more to the experience than falling down.

“It’s the best group of women you could ever be a part of,” says Savannah Khushf, who has been skating for the league for a year. “They’re so nice. They’re so sweet. It’s like a big family.”

The Columbia QuadSquad League is an all-female roller derby league that offers a junior league for girls and boys between the ages of 10 and 17. Daniel Sabin, who has been playing on the junior league for over a year, says he loves the commitment all the players give.

“It’s an actual sport like football, soccer, any other sport you can think of. We commit to this,” Sabin says.

Roller derby has a reputation for being a predominantly female sport. However, men’s leagues are popping up around the country, including one in Columbia called the Carolina Wreckingballs. But QuadSquad player Candace Sharpe says she takes pride in the number of women who participate in the sport.

“When you think of roller derby you don’t think of women’s roller derby. It’s roller derby. I think it’s really awesome that we have our thing that’s not considered lesser. We’re the pioneers,” Sharpe says. “And men are getting into it, but it’s still predominantly female. And we’re really proud of that.”

As with any contact sport, there is a chance of injury. Players have been known to get broken bones and even suffer concussions from playing. But Sharpe says you have to get past the fear of falling in order to keep playing.

“It’s definitely mental. It’s getting out of your own head, and when you are sucking or think you can’t do something, you just have got to suck it up and try again. That negative voice will kill you every time,” says Sharpe.

Columbia QuadSquad meets at Skate Nation USA in Lexington every Wednesday and new members can join at any time of the year.