How one Columbia resident hopes to build community togetherness through podcasting 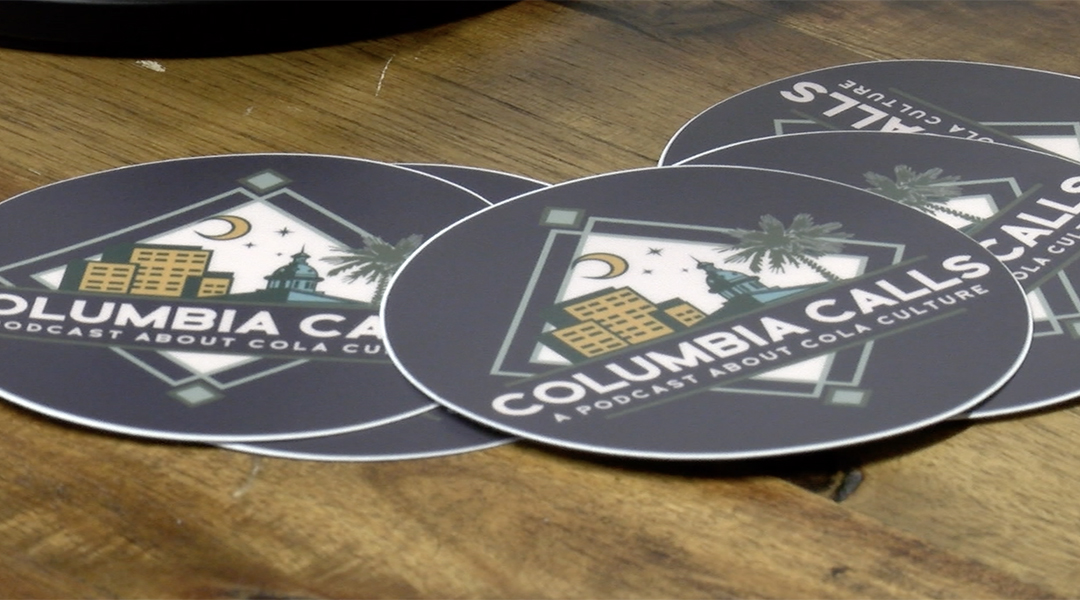 Laura McGuinn made promotional stickers for her podcast, “Columbia Calls.” The stickers feature famous Columbia and South Carolina landmarks, like the statehouse and a palm tree. 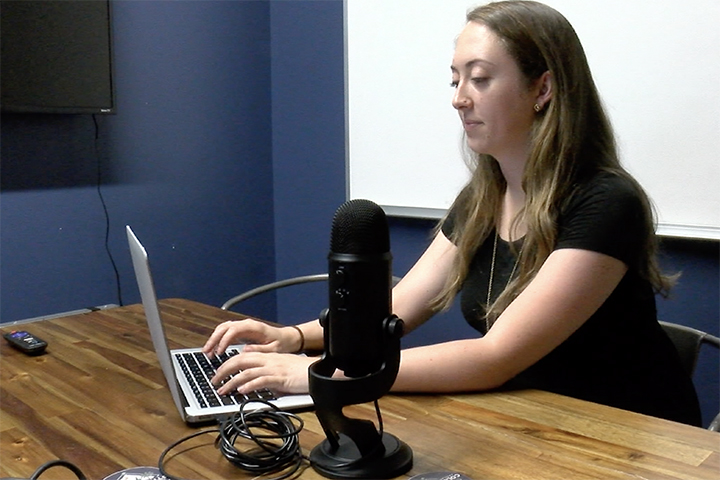 Laura McGuinn records her podcast with just a microphone and her computer. She says the easy and cheap setup is one of the things that makes podcasting a great medium. “My setup isn’t impressive, but it is all I need,” said McGuinn.

Podcasting has grown substantially over of the last decade and a midlands resident is using the platform to bring local art and culture to the people of Columbia.

With the pace at which the platform has grown, it is no surprise that podcasting has made its way to the Midlands. Savannah College of Art and Design graduate student Laura McGuinn is the creator and host of the local art and culture podcast, “Columbia Calls.”

“Columbia Calls” is a relatively new podcast, with only four episodes to date. McGuinn has talked with community leaders and business owners like the executive director of the Five Points Association and the co-owner of the Whig, a local bar, among others.

“Something that is really cool about podcasts is they can reach a really wide scope of the population, but that can also be a disadvantage. We don’t see a lot of local podcasts that are made for people in a specific area like a city or town,” said McGuinn. “I wanted to do a podcast that was just for Columbia. Made in Columbia for the people in Columbia.”

McGuinn says she hopes her podcast will encourage Columbia residents to admire and engage with their community.

“I realize that even though we’re not Charleston and we’re not Greenville, we are Columbia. And Columbia is actually pretty cool. And the only way we’re going to get cooler is if we invest our time and energy and effort into making this a great place to live and work and visit,” she said.

And McGuinn believes making a locally focused podcast can be a way to foster the best parts of the Columbia community by highlighting the culture of the city.

However, Columbia residents like Jordan Rosenthal say they don’t have any intention of listening to “Columbia Calls” or any other podcast.

“I go to a bunch of meetings and have a lot of stuff to do, so I don’t really have time to listen to podcasts,” said Rosenthal.

Edison Research has found that 44 percent of Americans, ages 12 and older, have listened to a podcast. That number has grown four percent in the last year alone.

Though some Columbia residents have no interest in listening to locally focused podcasts, others are open to the idea.

“I guess I’m always down to know more things in general. Just to be more knowledgeable on any type of subject so I’m always open to learning and listening,” said resident of Columbia, Emily McKenzie.

McGuinn says she plans to continue creating the podcast and hopes more Columbia residents will tune in. The “Columbia Calls” podcast can be downloaded and listened to on various different websites including its own website, columbiacalls.com.