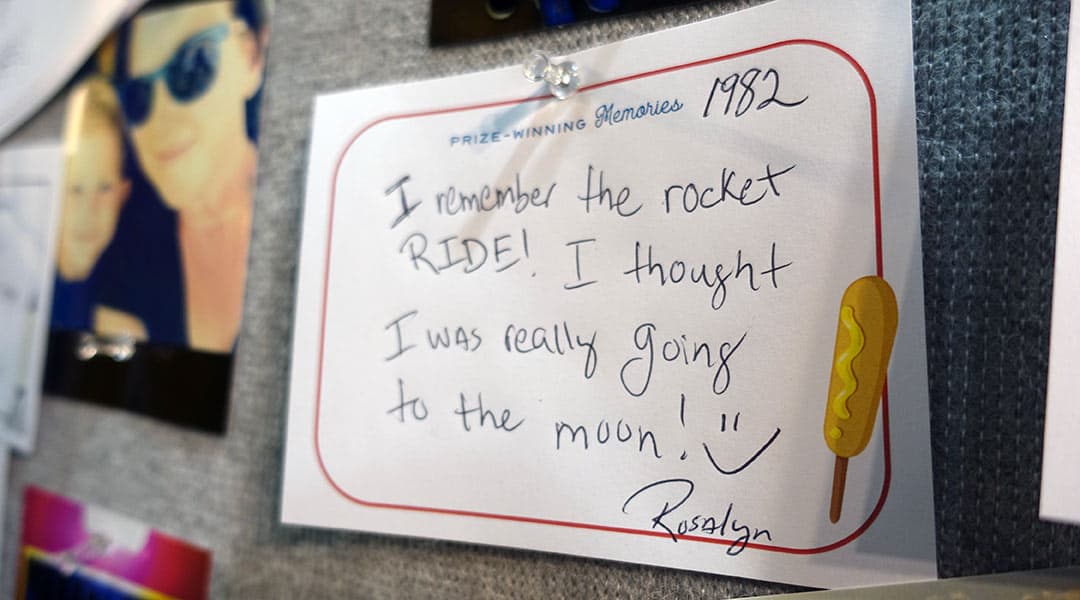 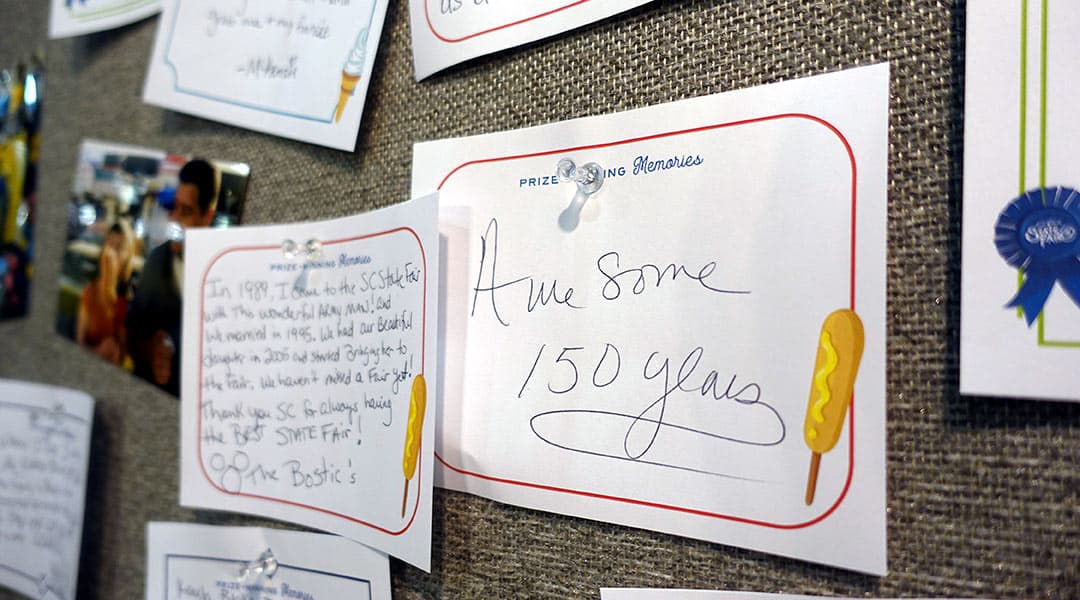 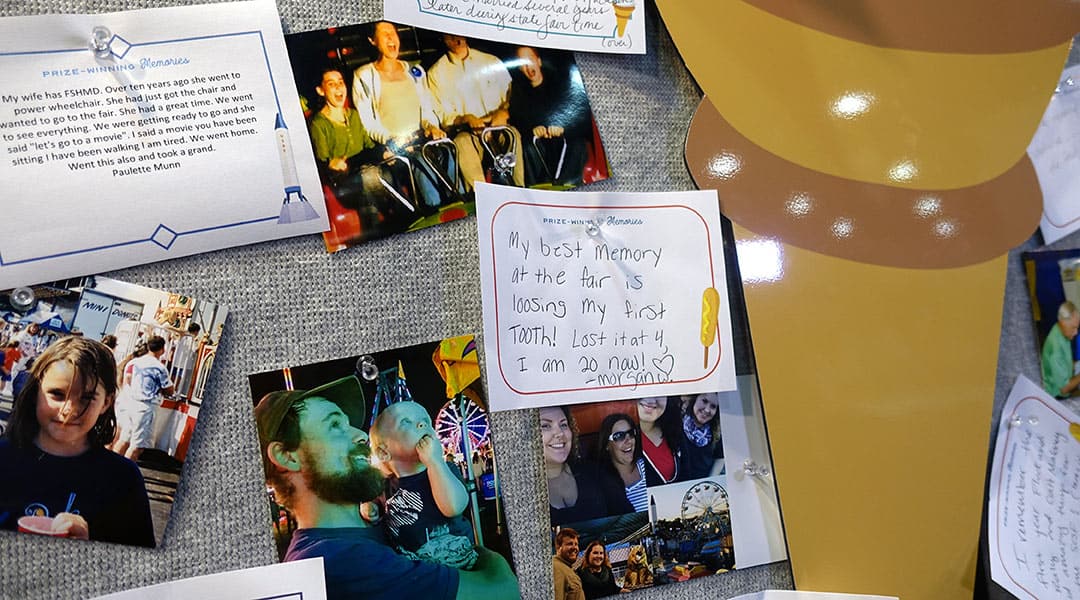 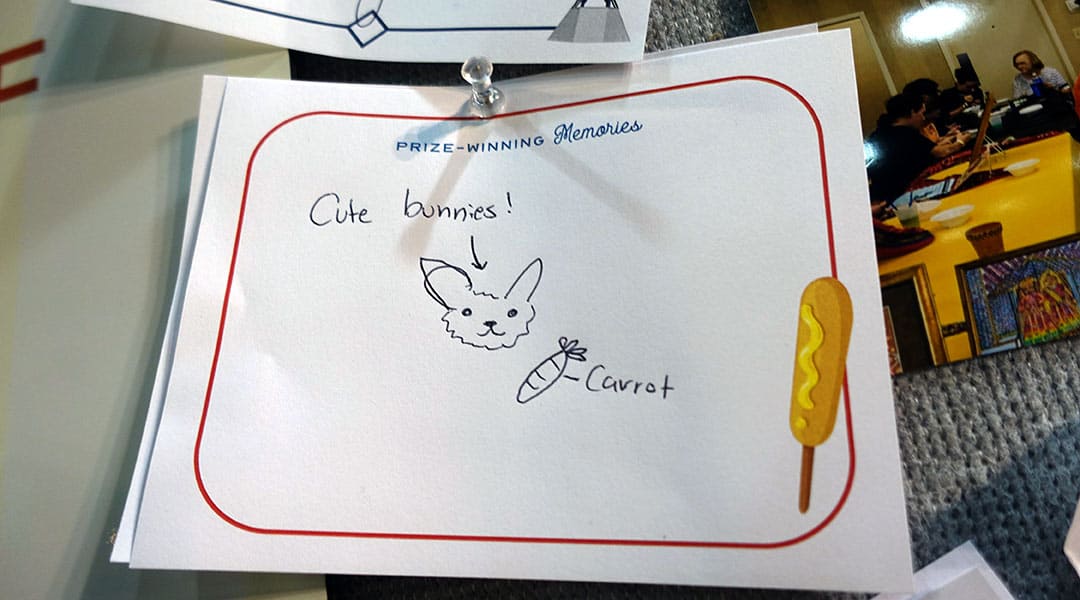 For its 150th anniversary, the South Carolina State Fair is giving fairgoers the chance to reflect and share on past fair memories.

The Memory Wall, located within the agricultural exhibit in the Ellison building, was inspired by a wall in support of those affected by breast cancer that was displayed at the 2014 State Fair.

“They had a wall then where people could write about or honor someone with breast cancer,” Kathy Allen, marketing and human resources director for the fair, said. “That was in the back of our minds about how well that was received, and this year we thought it’d be fun to do a 150-year Memory Wall.”

For many the fair is as much about a favorite ride or a tasty snack as it is the people around them.

Other attendees have used the Memory Wall as a chance to remain close to lost loved ones.

“There was a mom and her daughter that were looking to see [their] picture,” Allen said. “They started thanking me and I didn’t understand that, until they said the girl’s dad had died a couple years ago and one of her favorite memories was coming to the fair with him. She was thanking me because her picture with her dad was on the wall and that was very touching.”

It’s those kind of memories that have been shared on the Memory Wall that make it special, according to Allen.

“A lot of the memories that come, they’ve made me tear up sometimes,” Allen said. “They’ve reminded me of things that I’d forgotten and also I think makes us remember as a fair why we do what we do because we mean a lot to the community.”

For anyone looking to leave a memory of past fair fun, the Memory Wall will remain in place until the end of the fair on Oct. 20.

“Anybody is welcome to bring a picture or just write a memory,” Allen said. “I find that just reading some of it or just looking at the pictures is a lot of fun.” 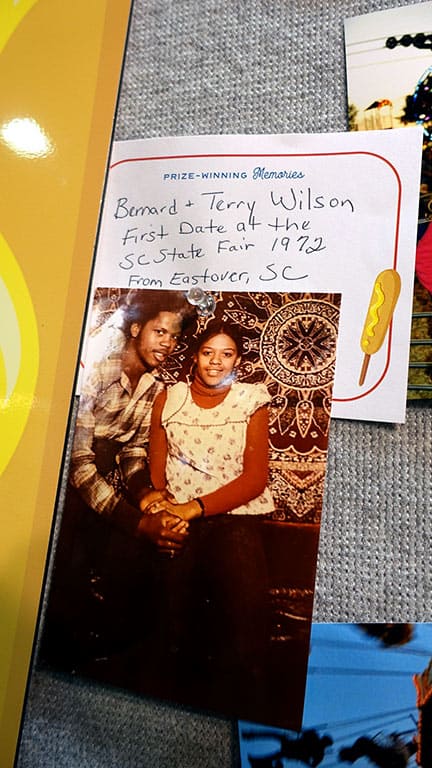 The fair has served as a romantic spot over the years, as many return to celebrate anniversaries. 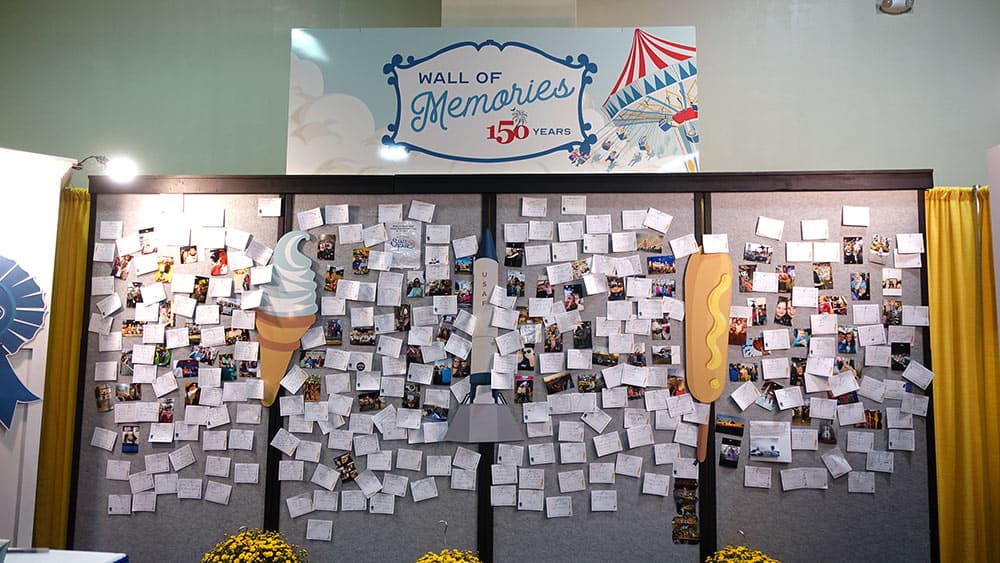 The Memory Wall is covered with hundreds of notes and photos in remembrance of past years at the fair. 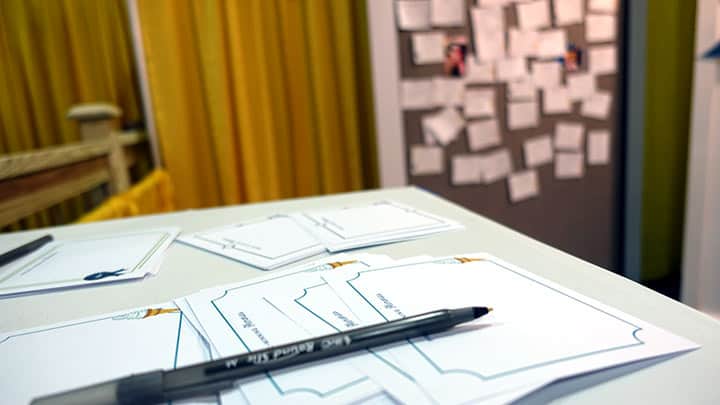 Blank cards await the addition of more memories made at this year’s fair. 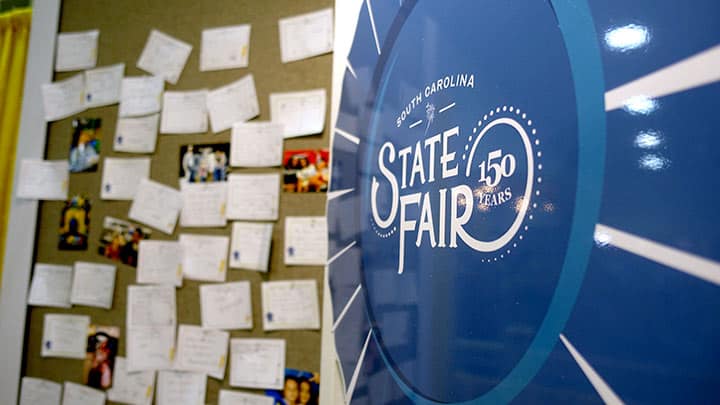 The Memory Wall was inspired by a wall created in 2014 in support of those affected by breast cancer. 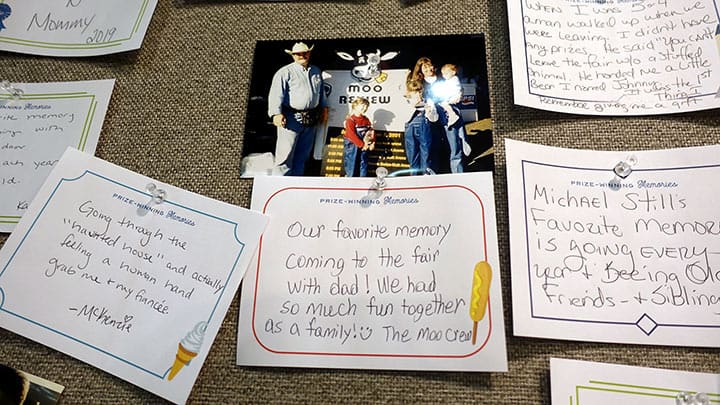 The Memory Wall also serves as a place of rememberace for family who have passed.