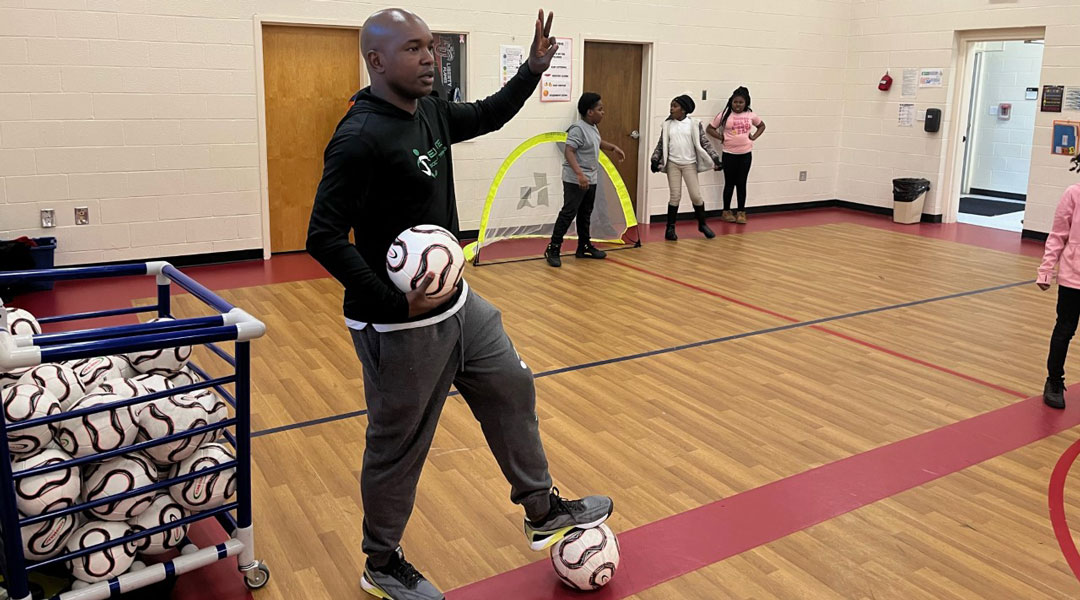 Coach David Kenga gives instructions to students during an after-school session at Joseph Keels Elementary. Kenga played college soccer at Winthrop University, where he lead the NCAA in assists in 2006. (Photo by Wade Rainey)

It started in Kenga’s native Kenya. Then, after graduating from Winthrop University, Kenga visited his family, and was saddened that many of his childhood friends had turned to drugs and other coping mechanisms.

“I wanted them to have a better experience,” he said.

Kenga, who has played for Kenya’s national team, has done more than his fair share to give them that experience, his supporters say. He has partnered with the United States Soccer Federation and South Carolina United, for example, to send soccer equipment to Kenya.

He also created the Fuhaha Academy, based in Kilifi, Kenya. The academy’s goal is to give Kenyan youth an outlet through soccer and continues Kenga’s partnerships with the soccer organizations as well as several Columbia-area high schools to ship equipment to Kilifi.

What may end up being the crowning achievement of Kenga’s charitable work, though, is still under construction.

When Kenga’s father passed away, he left 3.5 acres of land in Mwijo, Kenya, to Kenga.

The land was supposed to be a place where Kenga could build a house, he said. Instead, Kenga put the land to a different use.

“I decided to donate it to the community to build (a) stadium,” Kenga said. “I really wanted to honor him, name it after him. And I’m hoping that this year we can complete it.”

Before the stadium can be finished, however, a different project needs to be completed first. Before the grass can be put in, workers need to dig a well that would water the grass and serve as a source of water for the entire village.

Kenga partnered with restaurants in the Columbia area, such as Groucho’s and Golden Corral, to raise money for the well. Other funding is being provided by a silent donor who will be revealed when the project is completed, he said.

When the stadium is finished, Kenga hopes it will become a state-of-the-art venue, not just for his community, but for all of Kenya.

Kenga travels back home once every two months to host clinics and contribute to the community.

His most recent trip was in December, during which he hosted a five-day clinic with the Dada (meaning “sister” in Swahili) Initiative. The organization promotes women’s health and sexual education in Mombasa.

The program was broken into three “mini-clinics” in the areas of the city with the most need. The clinics consisted of soccer training sessions, health seminars and a small tournament between the winning teams from each mini-clinic.

The head of the Dada Initiative, Barbara Ngome, said Kenga is always a welcome sight for the kids when he returns home.

“My hope is that we’ll be able to do this more often,” Ngome said. “Reach out to more girls, have that capacity, because whenever he comes down it’s like Santa is here.”

It’s not just in Kenya that Kenga gives back to his community. Here in South Carolina he uses his company, Elite Soccer Training, to provide coaching to schools all over Richland County.

Some of those schools, such as Joseph Keels Elementary, are able to host Kenga through the 21st Century Community Learning Center Subgrant program. The state grant provides funds to expand extracurricular activities in schools and other learning centers across South Carolina.

During a session at the schools, Kenga coaches two separate age groups for 30 minutes each, giving them a chance to learn more about soccer, exercise and most importantly, have fun.

Kristian Marchman, a fifth-grade teacher and director of the grant program at Joseph Keels, said that in addition to his work with the after school program, Kenga went above and beyond when the school was forced to switch to virtual learning because of COVID.

Many of the school’s students live in the apartments across the street from the building and don’t have outdoor areas to play in, Marchman said.

Kenga and the school ordered soccer balls, cones and other equipment for the kids. Kenga also modified his activities so that students could perform them at home while the school remained virtual.

“That was really cool,” Marchman said. “We love Coach Kenga.” 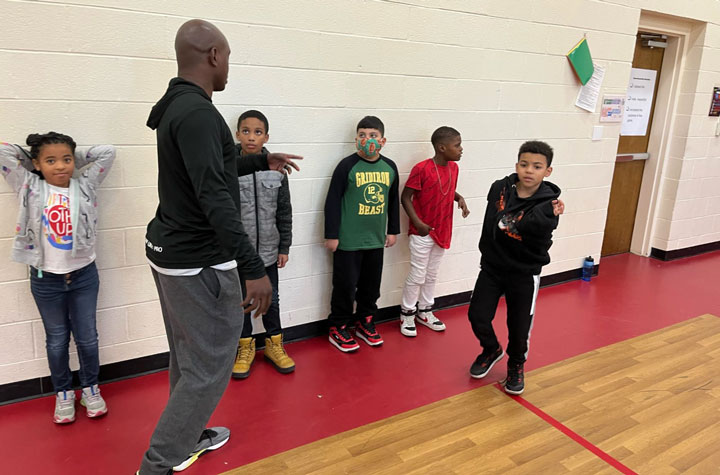 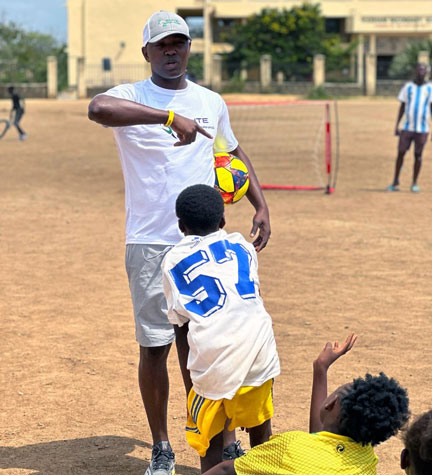 Kenga gives pointers to players at one of his clinics in his home country of Kenya. (Photo courtesy of David Kenga) 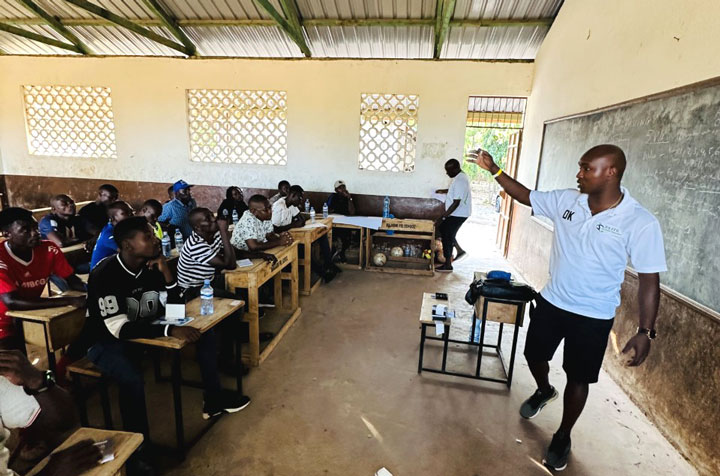 Kenga leads a coaching seminar in Kenya. In addition to his work with the youth in the area, Kenga also helps local coaches earn their certifications. (Photo courtesy of David Kenga) 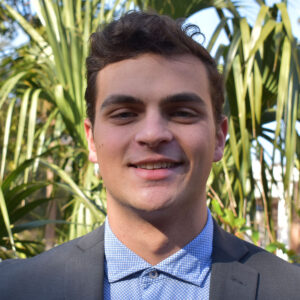 Rainey is a junior journalism major at the University of South Carolina. He enjoys covering local sports, food, culture and entertainment. After graduation, he plans on attending law school and practicing media law. In his free time, he co-hosts and produces a sports podcast, watches too much soccer and reads.