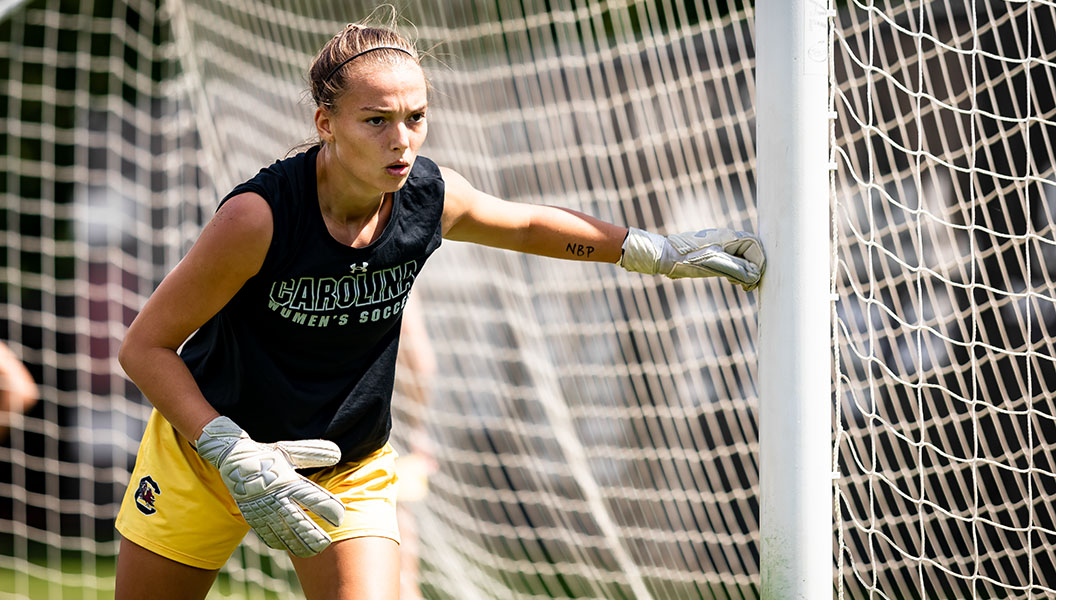 Heather Hinz found out she was the NCAA leader in shutouts last week.

But from Hinz’s perspective, the award was really the result of the whole team’s effort.

The senior goalkeeper’s season was her strongest yet, with her posting 13 shutouts. What made the difference, according to Hinz, was relaxing.

“The only times that I truly believe that I’m playing my best is when I just am free and I’m having fun,” Hinz said. “The second that I start to overthink things and worry about who is watching and all that kind of stuff, I start to play tense.”

After a spectacular season, the accolades earned by Hinz are no surprise to assistant coach Marnie Merritt.

Mikayla Krzeczowski was a senior at South Carolina when Hinz was a freshman. Now an assistant coach at Appalachian State University, Krzeczowski said she has enjoyed watching Hinz’s growth.

“Heather has worked really hard to set herself up for the position she is in today,” Krzeczowski said. “She does the extra work, she carries herself in a professional manner and she surrounds herself with the right support group.”

Hinz made many important saves for the team throughout the fall. When she reflects on key moments, such as the SEC tournament championship, she thinks of her teammates’ efforts.

“In that Alabama game, I know I had a lot of praise for the last-minute save,” Hinz said. “But if you rewatch it, you see Abby (Hugo) sliding, putting her foot perfectly on the ball to make it go wide. So, as much as it felt really good to see my name recognized, I almost wanted that (the award) to have all the defenders’ names recognized because they really were a massive part of it and it wouldn’t have happened without them.”

During the SEC tournament, Alabama was ranked third in the country and was having a breakout season. Coming off a tough loss to the Crimson Tide earlier in the season, the Gamecocks knew they would have to shut them down defensively to win the championship. And they did just that.

Gamecock women’s soccer has come to be known for that kind of lockdown defense.

It’s key for players to buy into this defensive mentality from Day One to be ranked among the nation’s best teams.

“We make it a point to train proper defensive technique, routinely go over pressure as a group and where you need to be tactically,” Head Coach Shelley Smith said. “Individual defending is a focus and something that must be done well to be on the field for us and compete at this level.”

“We all worked really well together in training, and we went into every game with a chip on our shoulder,” Dixon said. “But we also knew that no game was going to be easy. So we took pride in not allowing the other team to get any easy chances. I think that really worked out for us, seeing as we got so many shutouts this year, which was great.”

How the players interact is important, Smith said.

“Team chemistry is key to team success, especially the defensive efforts,” Smith said. “You must do your job as an individual to support the teammates around you. And it takes commitment, dedication and communication as a group.”

For the Gamecocks, team chemistry often comes in the form of trust and communication.

That’s a mentality the whole team shares, according to both Dixon and Hinz.

“I’m here to do what’s best for the people around me,” Hinz said.

Dixon and Hinz both will be using their final years of COVID eligibility next year. They will anchor the Gamecock defense, trying to continue the team’s shutout history.

The Gamecocks will play in spring matches that are to be announced, and their season begins in August. 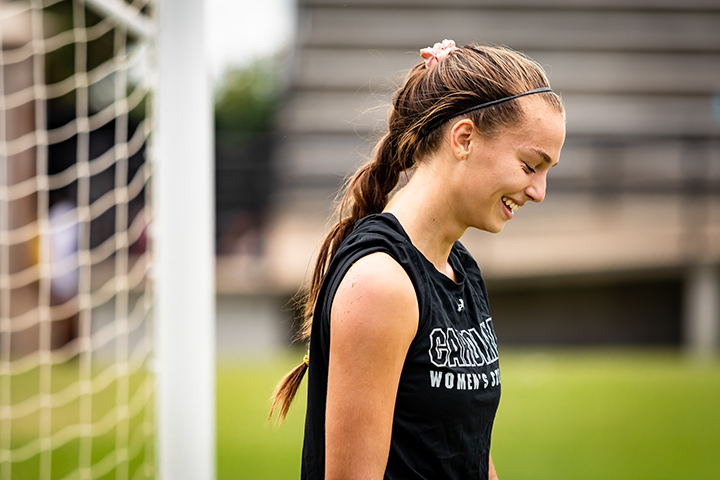 Heather Hinz smiles during warmup before a home game. 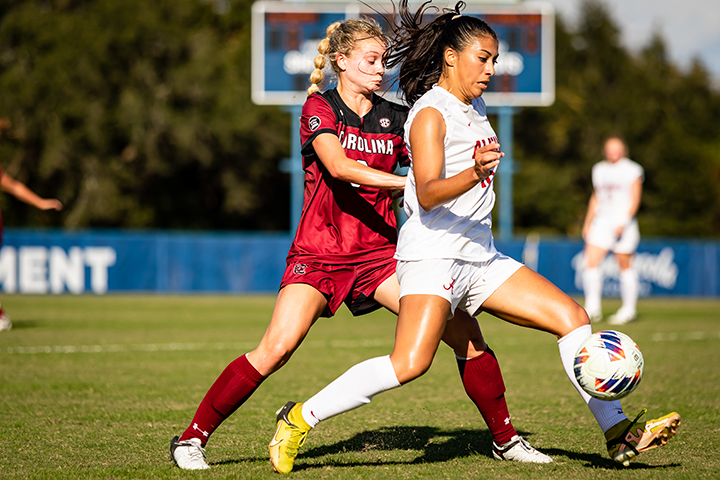 Camryn Dixon plays defense against an Alabama player during the SEC tournament final. 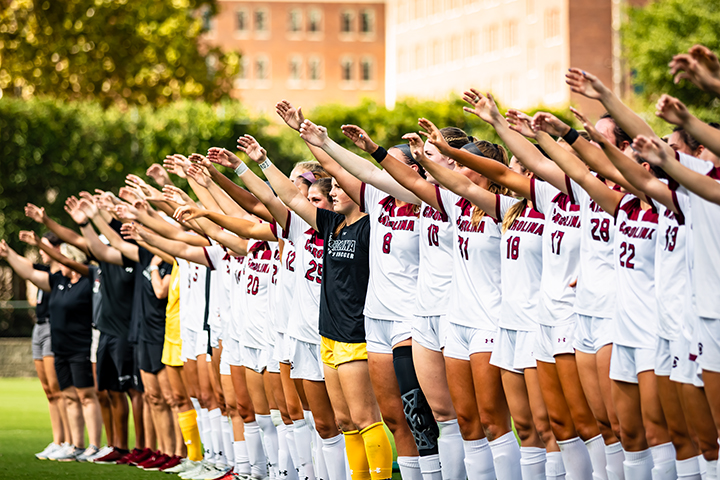 The South Carolina women’s soccer team stands for the alma mater after a win. 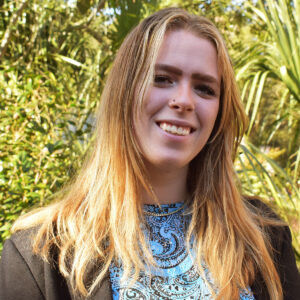 Barry is a Master of Mass Communications candidate at the University of South Carolina. She specializes in sports photography and storytelling. That led to working extensively in university athletics through creative media internships with Gamecock Women’s Soccer and campus communications. She covered multiple NCAA and conference tournaments and earned her own conference championship ring while working with the soccer team as its team photographer.