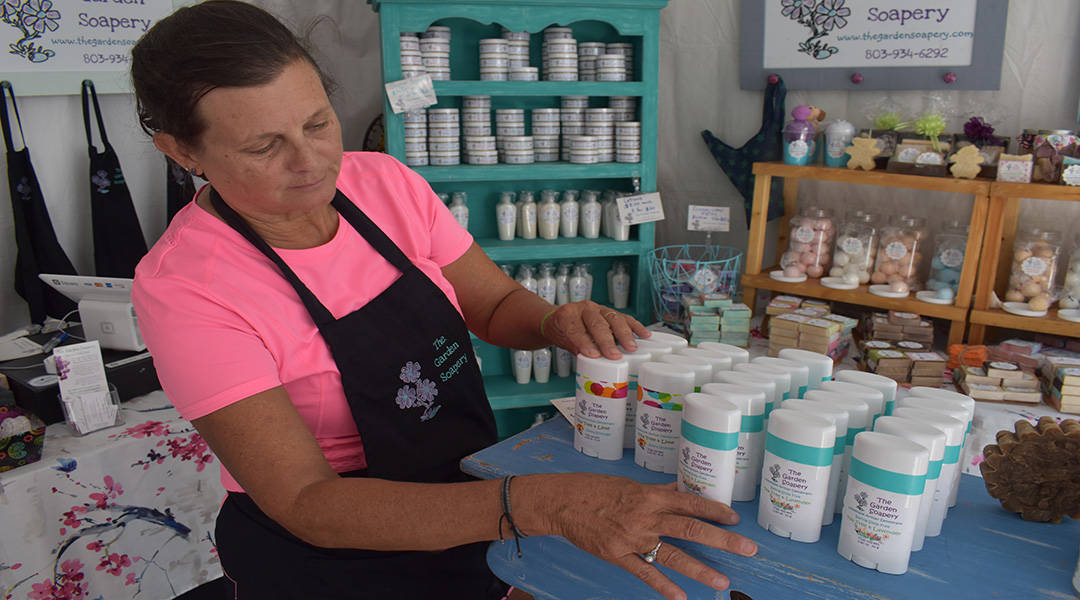 Risa Wilson, an employee at The Garden Soapery, places some deodorants out for display at Columbia’s Greek Festival.

When Niki Stewart and other members of Holy Trinity Greek Orthodox Cathedral started Columbia’s Greek Festival over three decades ago, she didn’t think it would grow as big as it has.

“We started out with just half a block before we bought up the whole block,” Stewart said. “The Greek Festival started out very very small.”

Since the church purchased the block between Main and Sumter streets to build a new expansive sanctuary, the church has more outdoor space to allow the festival to grow.  The festival has become a tradition for those in the Midlands to attend year after year.

Going to the festival isn’t only a tradition for those in the Midlands. Vendors who travel from around the country to sell and display their arts and crafts say this is a favorite stop on their circuits.

Viola Crutchley, owner of The Garden Soapery in Santee, travels to festivals and crafters’ events all around South Carolina to set up shop for her soap business. She has been sure to make a stop in Columbia for the last several years.

“This is our fifth year coming here in this very spot,” said Crutchley. “We make soaps, lotions, bath bombs, sugar scrubs, and this year we are introducing new liquid bath soap as well as deodorants and whipped shave butter. And they smell great.”

Diana Parr, owner of Vibrations Creations, has made the 600-mile trek to Columbia’s Greek Festival from Coconut Creek, Florida, to sell her handcrafted crystal and chakra jewelry for the last six years. Parr said she travels from Florida to Herkimer, New York to hand mine crystals she uses to make jewelry, terrariums, salt lamps and tapestries.

While Parr does enjoy traveling to Columbia for the festival, it is more than just a business trip for her.

“The Greek festivals are awesome and we like it because it’s sort of a vacation,” Parr said. “At the same time, we get to get out of Florida for a little while.”

Rena Rickman Johnson, owner of C-Works Design, hasn’t always come to the festival as a vendor.

“I have been coming since the first time it started over 30 years ago,” said Johnson, whose mother, Mary Rickman, is the director of the festival.

“I started working in the pastries in the very beginning,” Johnson said. “As the festival continued and it started to grow and everything started coming outside I worked making the souvlaki, and I did that for about 20 years. Then, in the last 10 years I started helping my mother bring in all the vendors and then I became a vendor myself.”

“The main reason that I come is to help my mother. If I didn’t have my business, I would still come out to display my pens and hang out for four days,” said Johnson. 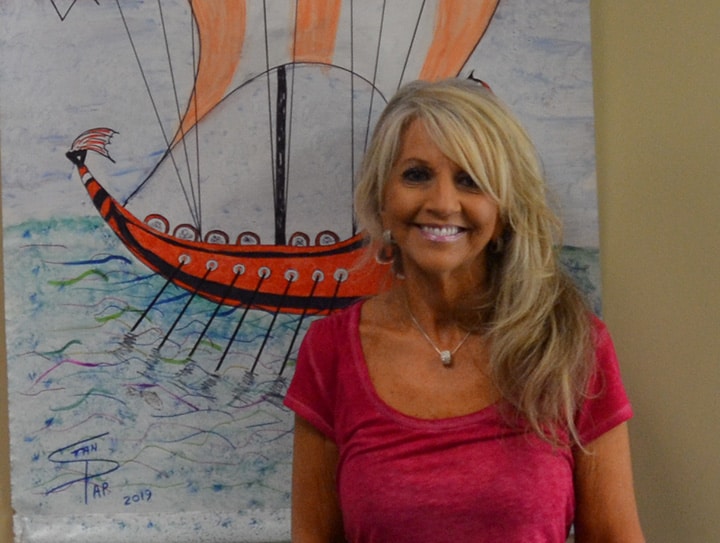 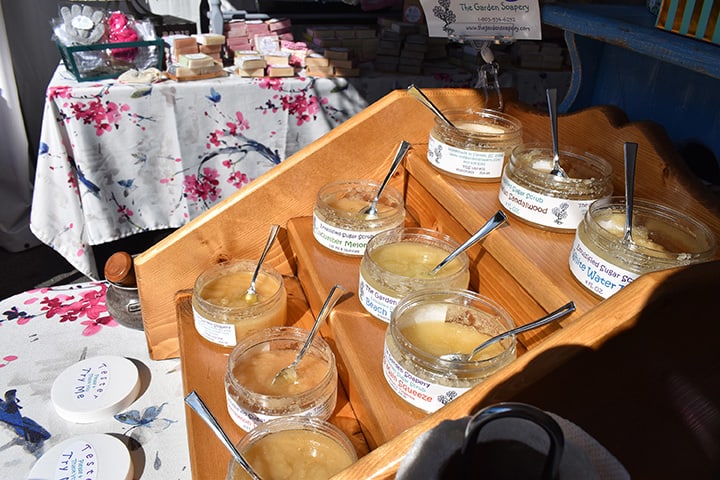 The Garden Soapery offers sugar scrubs at its vendor booth at the Greek festival. 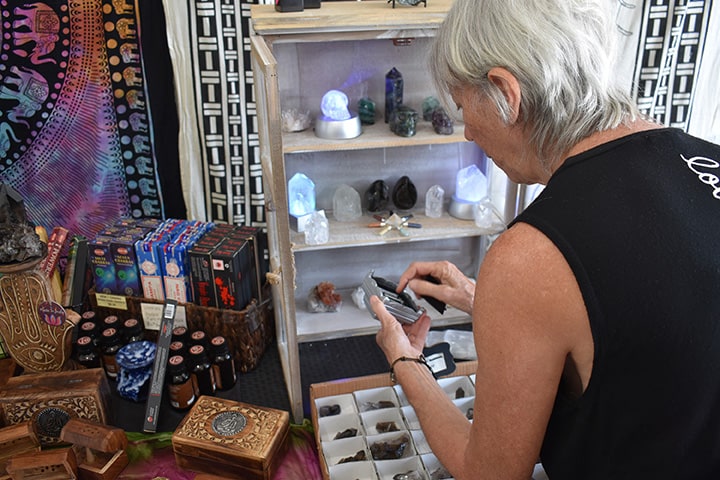 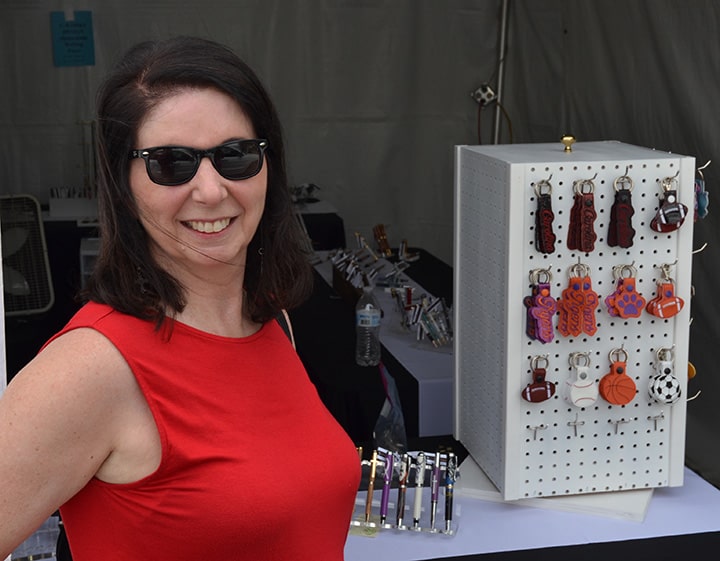 Rena Rickman Johnson oversees the vendors at Columbia’s Greek Festival. Johnson also has a booth selling her C-Works Design products, including acrylic pens and keychains that her husband makes.