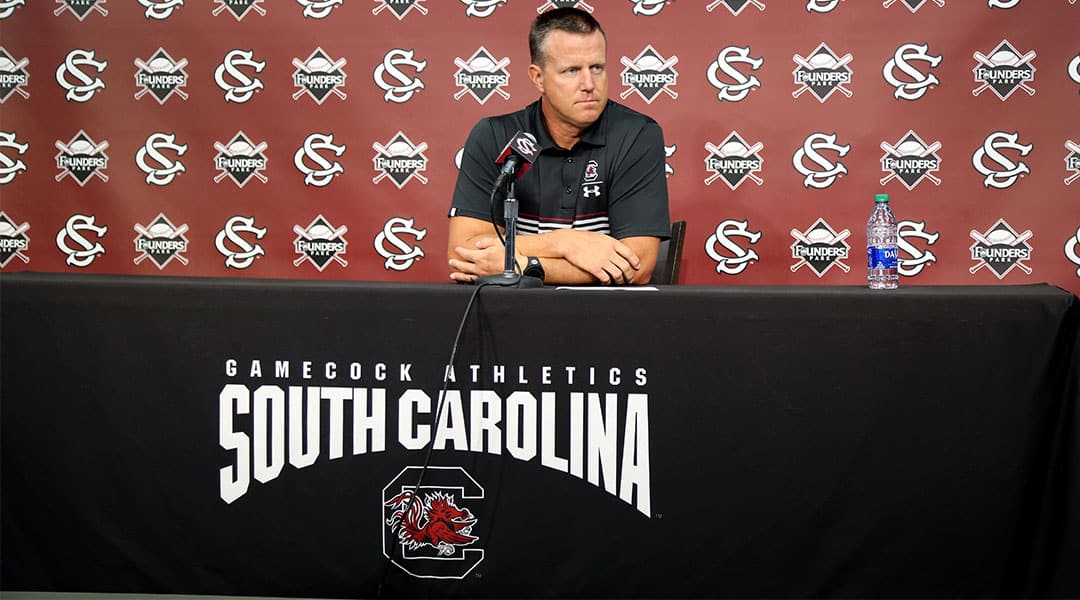 Head Coach Mark Kingston spoke to the press about the upcoming season at his opening press conference on Wednesday.

University of South Carolina Coach Mark Kingston made lighthearted jokes with reporters at his opening press conference on Wednesday, but got serious when he talked about employing wooden bats and new technology to boost the team’s hitting and fielding.

“If you can master the wood, then the aluminum becomes that much easier,” he said about the decision to trade out aluminum bats for wooden bats during batting practice. Kingston said that this works because of the weight difference between the two materials. The wooden bat feels heavier when compared to aluminum so it makes the players stronger hitters.

The team ended last year’s lackluster season with a 28-28 record.

This year, the coaching staff has also worked on marrying new technology with old school fundamentals. This “old-school” approach of moving runners, bunts, hitting runs, hitting behind runners and using the opposite field is paired with video and computer programs. This contrasts newer tools that allow players and coaches to analyze their techniques and improve. This includes a program called TrackMan that records the exact trajectory of the ball.

Kingston said that the goal is to adjust techniques to their new roster and learn from their mistakes last season.

“It’s a constant evolution of trying to make it as good as it can possibly be,” he explained.

Thursday marked the first official practice for the team and the first scrimmage of the year. The team also has two more home scrimmages this week, leading up to a trip to Raleigh on Saturday.

“Recruiting is a 365-day-a-year kind of thing,” Kingston explained, as he talked about how the coaching staff worked hard this summer to bring a lot of new players to the field.

Constant recruiting is possible through one of the NCAA’s newer resources – the transfer portal. At any given point over the summer, there were at least 1,000 players on the portal and the coaching staff checked this daily. However, they keyed in on graduate transfers who would be eligible immediately and had the potential to make a significant impact on the team.

“Significantly upgraded.” This was the phrase that Kingston used when he was questioned about the pitching staff.

One important player to look out for is sophomore Carmen Mlodzinski who is rated as a potential first round draft pick.

“This is what you want a guy to look like by his junior year,” Kingston said. He said that Mlodzinski is one of the top pitchers in the country after his significant improvement over the summer.

He also named sophomore Brett Kerry and senior Graham Lawson as potential starting pitchers. However, he noted that innings will not be easy to get.

“There’s a lot of guys here with a lot of great stuff. Who has the most polish? Who makes the big pitches when it matters?” Kingston said.

As far as offense is concerned, Kingston recognized that the team could be weak. He explained that last year’s team was “power first, hit second,” which made them a very easy team to pitch to. This year his goal is to be “hit first, power second,” which would allow the team to spread the ball around and let power follow naturally.

Kingston said juniors Noah Campbell and Andrew Eyster should be strong hitters in the lineup. 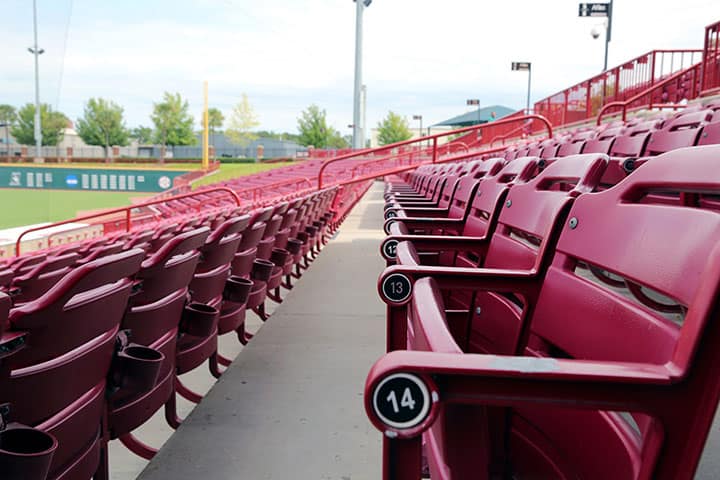 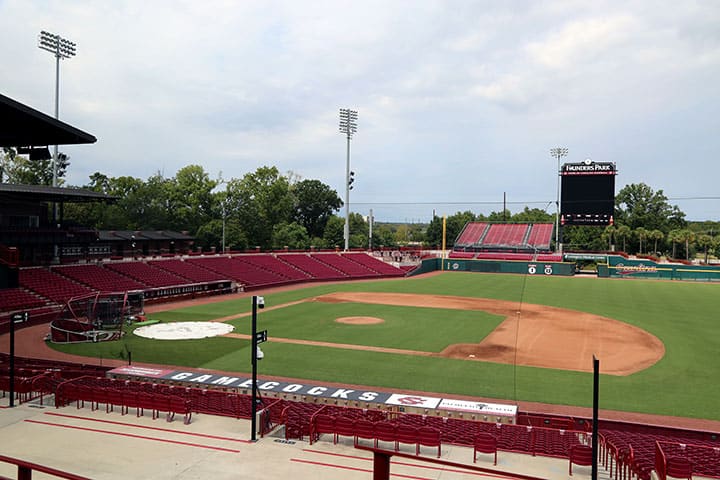 Final preparations have been made to the field in anticipation of the first practice of the season. 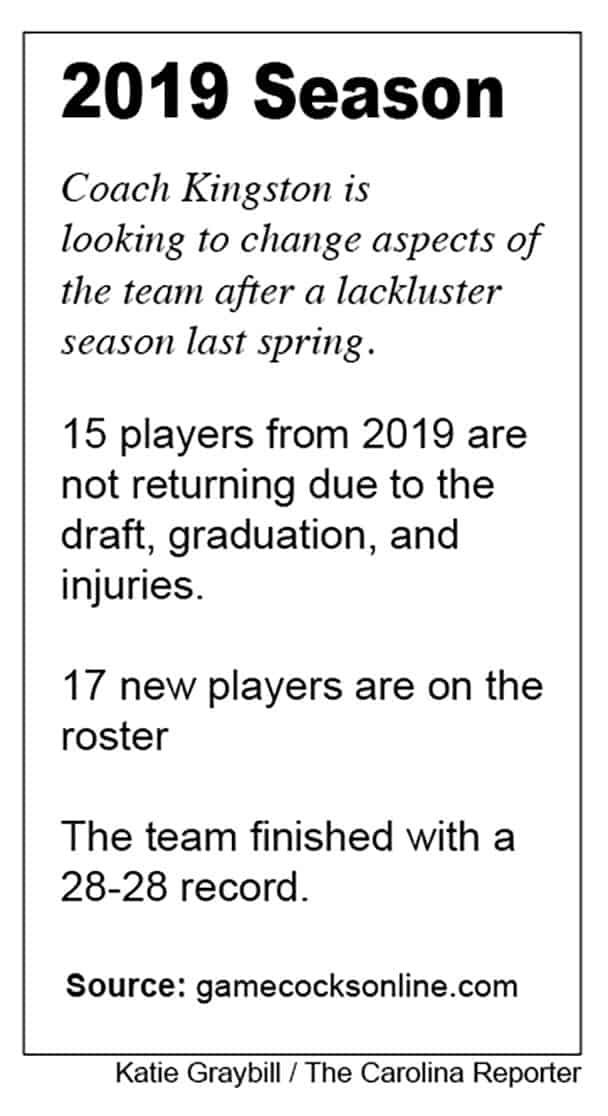 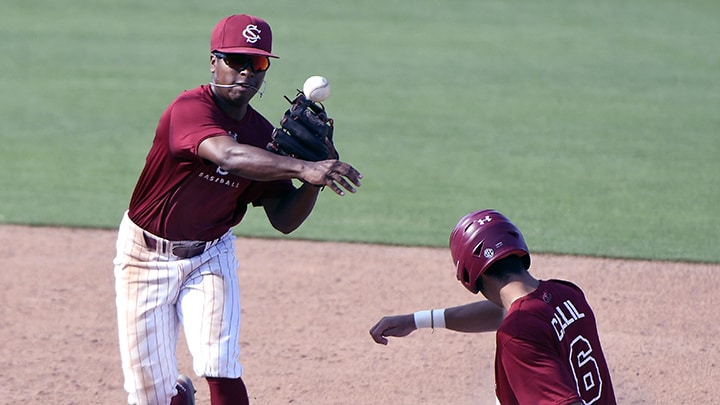 Home Scrimmages are free and open to the public. Credit: Allen Sharpe