Community comes together after tornadoes tear through S.C. town 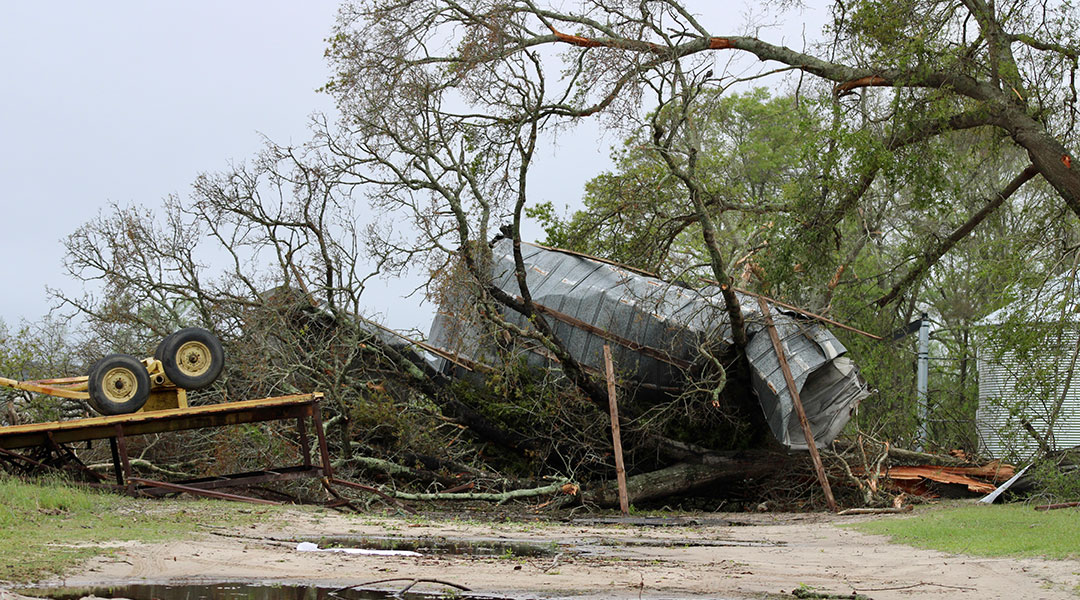 ALLENDALE, S.C. – Mike Mathias watched from the front door of his home as his farm was damaged by a series of tornadoes that barreled through the southeast United States on Tuesday. In the aftermath, grain bins were tossed around and crumpled up, a tractor trailer was flipped over and debris was scattered across his property in the tiny community of Ulmer.

By Tuesday night, neighbors had arrived to lend a hand, repairing a water line on his property that fed the town.  They worked into the night to remove the downed tree on the line and by Wednesday morning water was flowing again, Mathias said.

His neighbors gave more than just their time. One donated a bulldozer and another dropped off a John Deere tractor to help with cleanup. Others drove by and stopped to check in and offer support throughout the day.

“EF” stands for “Enhanced Fujita.” This scale measures the intensity of a tornado based on wind speed and damage levels, ranging from 0 at the lowest to 5 at the highest. EF3 tornadoes are rare in South Carolina.

Michelle Bergtholdt, a Red Cross volunteer who lives in North Augusta, helped open a tornado shelter on Tuesday night in Allendale – but she said that nobody showed up, despite the storm destroying several homes.

She said they opened the shelter at 10 p.m. on Tuesday night but closed it at noon on Wednesday when nobody showed up.

The storm downed power lines and caused outages across the Allendale area on Tuesday night. Brad Whitehead, a power lineman for Dominion Energy, said he began working on repairs at 8 p.m. on Tuesday night before returning home at 2 a.m. and getting back to work early Wednesday morning.

“We got the lights back on so now we’re just cleaning up,” Whitehead said.

The tornado that struck Allendale also touched down in the neighboring town of Ehrhardt where one of Mathias’s friends said he watched it pick up one of his cows and his dog.

“He found his lab (Labrador retriever) three miles from his house,” Mathias said. “The kennel was stopped up in the yard but the dog was three miles in the other direction out on Highway 64, still alive.”

For Mathias, the focus is now on clean-up and preparing documentation to hopefully get disaster relief from the Farm Service Agency.

“We’re lucky. Everybody’s alive. We can replace material things,” Mathias said. “But it’ll take a lot of time to get it back to where we were.” 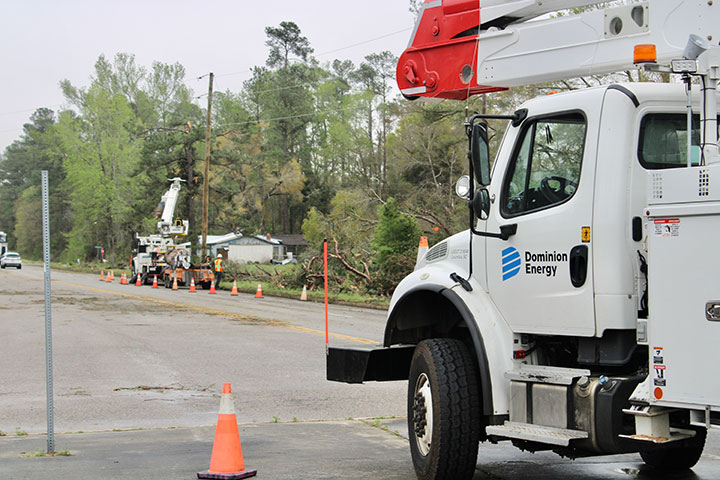 Utility crews from Dominion Energy worked into the night and throughout the day on Wednesday to repair downed lines and restore power to the area. 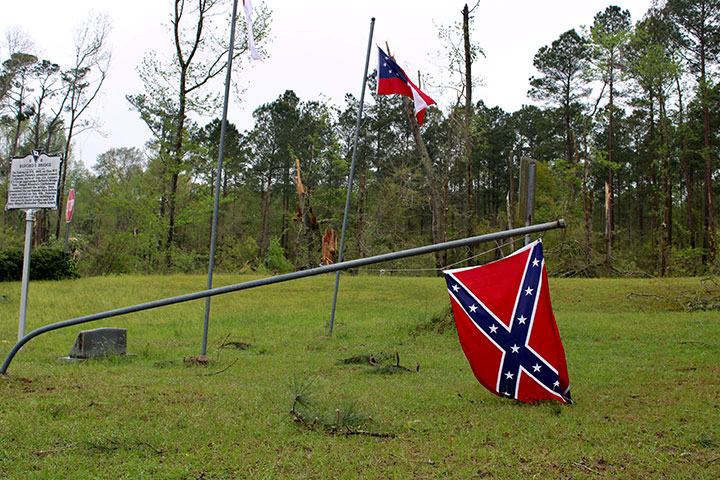 The tornado’s wind gusts were powerful enough to topple a Confederate flag pole just outside the town of Ulmer. 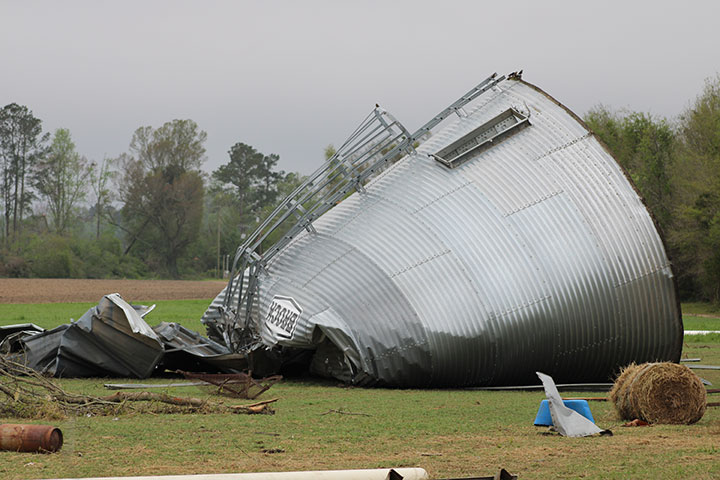 A grain bin on Mike Matthias’s farm was picked up and thrown across a field by the tornado. 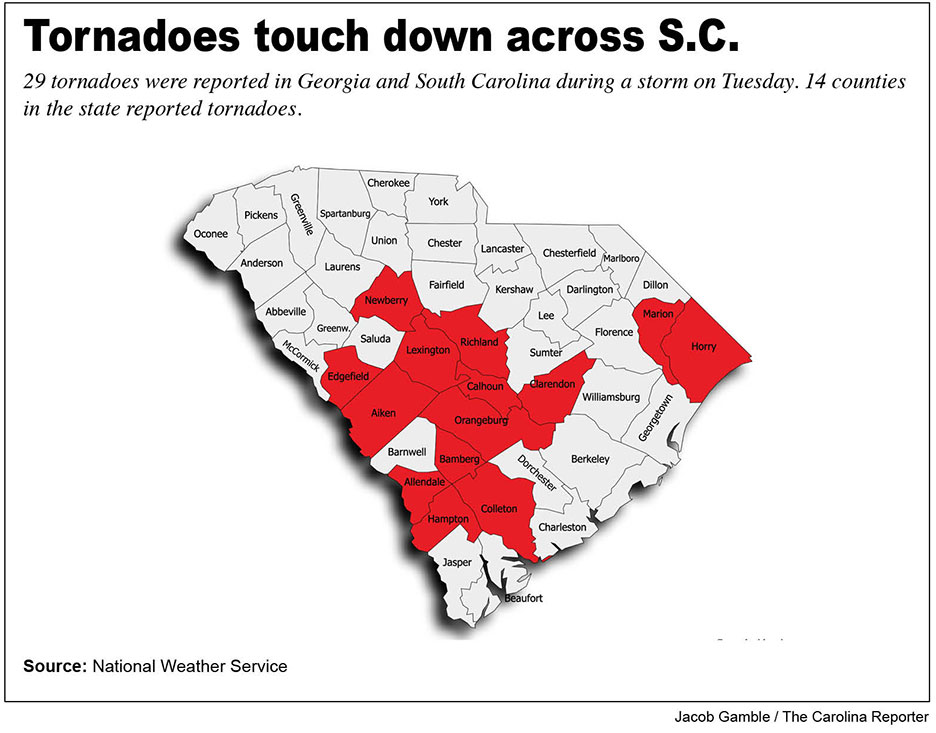 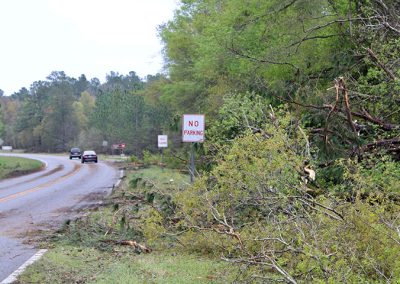 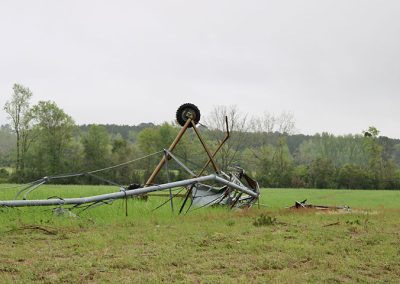 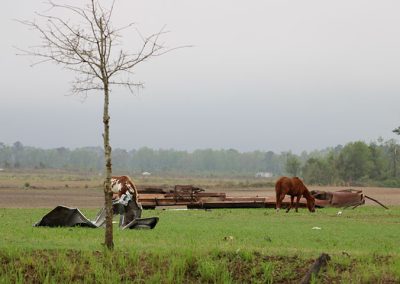 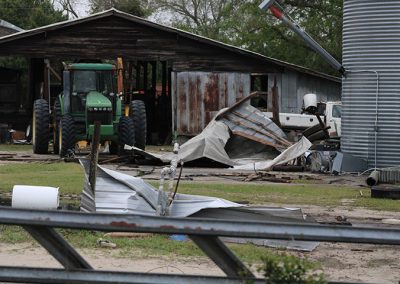 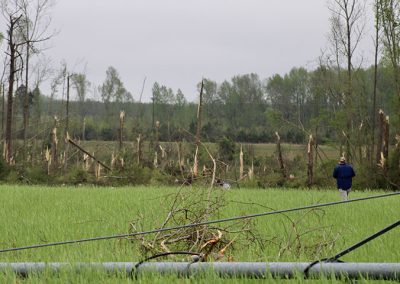 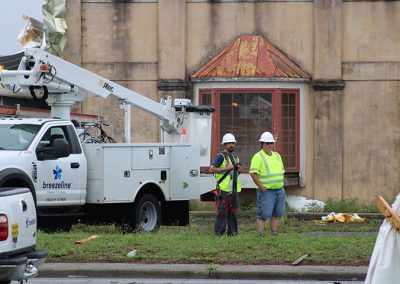 Hannah Litteer is a senior multimedia journalism student from Greenville, South Carolina, who aspires to be an editor or copy editor for a magazine. As a writer for Her Campus South Carolina, she developed a passion for covering women’s empowerment and issues related to lifestyle, health, beauty and relationships. She has published stories in InterCom magazine and worked on its editorial team. In her free time, Litteer enjoys reading and spending time with her friends, family and cat, Rick.