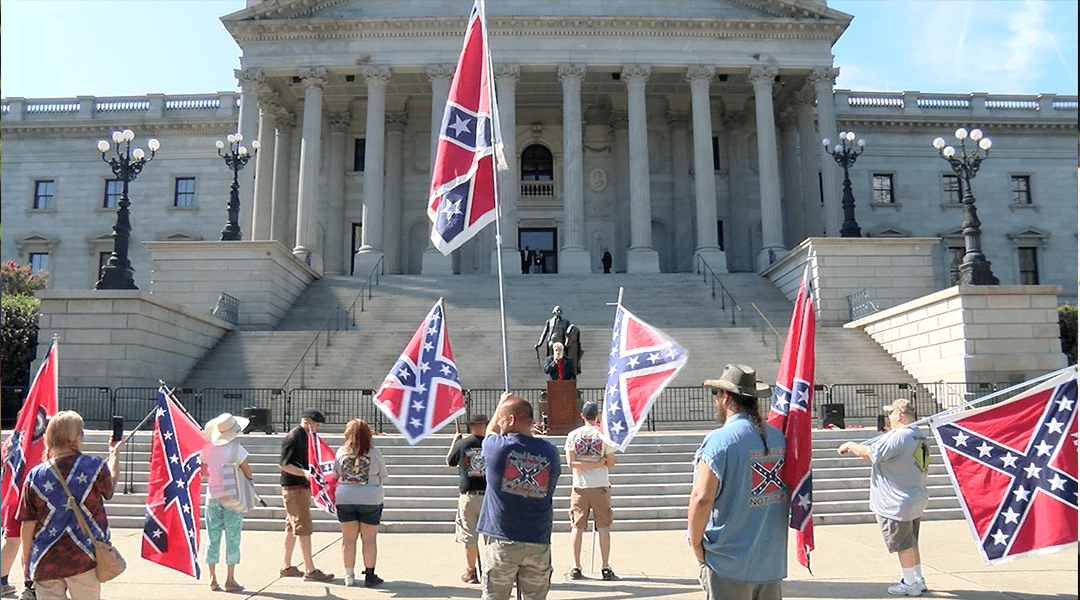 Supporters of the confederate flag flying at the state house 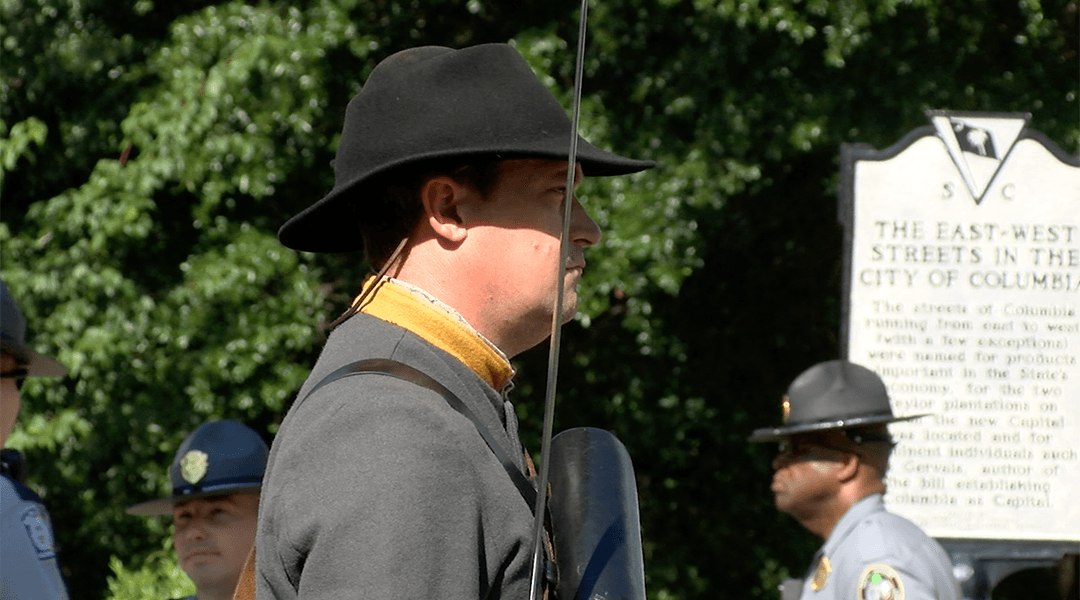 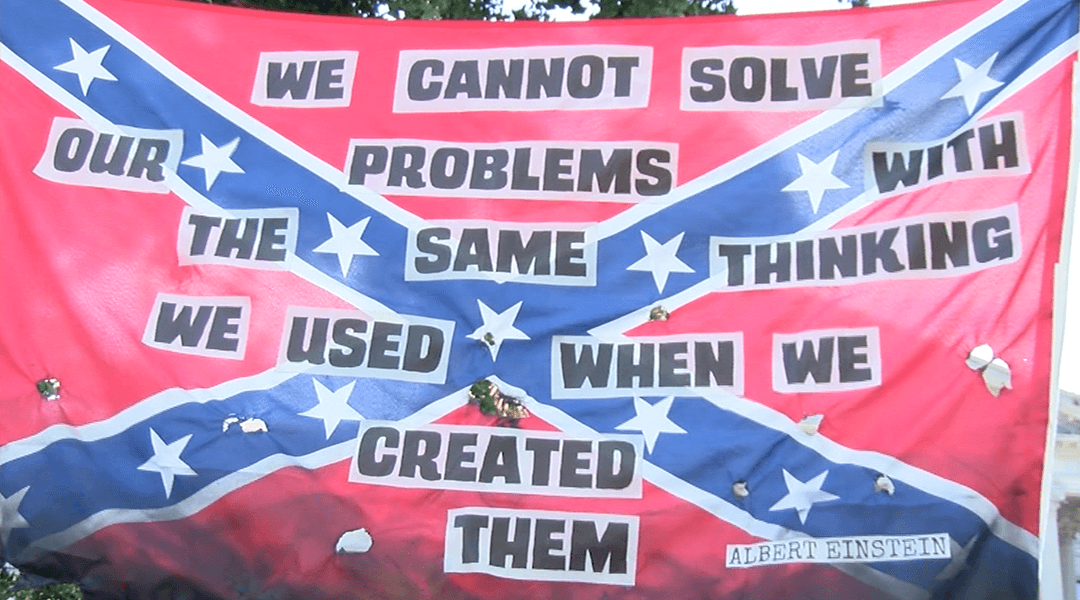 Protestors printed a message onto a torn confederate flag

Members of the South Carolina Secessionist Party raised the Confederate flag at the State House as they have every year since it was removed from the property in 2015 following the shooting at Emanuel African Methodist Episcopal Church in Charleston that left nine people dead.

The flag had flown on top of the State House since 1961 and was moved to a flag pole in front of the building in 2000 before being removed from the grounds three years ago.

South Carolina Secessionist Party chairman, James Bessenger, said the flag was taken down as a “knee jerk reaction” to the shooting and that the consensus of the general public was not considered. He believes if the public had been asked, there would be no need for his group to raise the flag annually. Bessenger said promises made when the flag was taken down were not kept.

“When the flag came down, the legislation that removed that flag said it would be put on display in the confederate section of the South Carolina state museum,” Bessenger said. “It’s been three years and that hasn’t happened. So, the legislators wrote the law, and we expect them to follow it and put the flag in the museum.”

That sentiment has prompted Confederate supporters hoist the flag each year on the anniversary of its descent.

But supporters were not the only ones at the recent rally. Julie Edwards, runs the activism group, Indivisible Midlands, which lobbies Congress and legislators to vote in ways that support all constituents.

Edwards says the flag came down because it was a symbol of hate, and it should stay down for the same reason. She plans to attend the event each year to protest and show people “that type of close minded thinking in South Carolina is a way of the past.”

Bessenger said when the flag is placed in the museum the yearly rally will end.