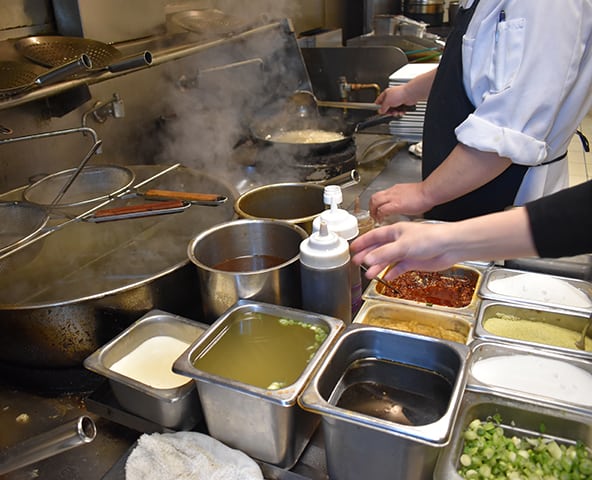 Chefs work in the kitchen at M Vista in Columbia. The owner said her customers are not worried about the coronavirus outbreak in China affecting local restaurants.

Chinatown businesses in some large U.S. cities are empty because of fear of the coronavirus, but Columbia restaurants are seeing no effects, according to restaurant owners and managers.

Michelle Wang and her husband own six Chinese restaurants in the Columbia area, including M Vista on the corner of Lady and Wayne Streets that has been open since 1996.

“I think our followers and regulars – they’re confident, you know, in our operation and trusting,” said Wang. “We don’t see any decline in business at our business. Not to my knowledge at least.”

The Chicago Tribune, The Boston Globe and CBS New York all reported heightened fears negatively impacting their respective Chinatowns. Chicago and Boston have both seen cases of coronavirus, while New York City has not. There are no reported cases in South Carolina. Worldwide, there are currently 59,804 cases of the virus in more than two dozen countries, according to the AP.

Like Wang, other Columbia-area Chinese restaurant owners and managers reported no change in business.

Bryan Kim, who manages China Hut II on Millwood Avenue said his restaurant relies on a heavy base of regular customers who know and trust the staff.

“Even though it’s owned by Chinese/Chinese- American, they lived here a long time. They don’t really travel back and forth. I don’t think it really matters,” said Kim.

Though Wang regularly travels to China to visit her family, she wants people to know that Wuhan is a relatively small city in China. The population is 9.7 million compared to larger cities like Shanghai, Wang’s home town, with 22 million people. This population size still outnumbers the largest city in the U.S, New York with 8.6 million people.

“We see some deaths, we see some, you know, sickness, we see some chaos, but the people who are affected compared to the population in China in general is a very small percentage,” said Wang.

Wang described the kindness and concern that her customers and friends have shown her and her family. However, Edison Lin, who works at Millenium Buffet on Blossom St., has had a different experience.

“If you cough too, they are like more aware now,” said Lin. “It’s kind of stupid.”

Wang hopes that the devastating effects of coronavirus will spark political action in China and increase media freedom and food regulation. She wants everyone to “love each other” and “have confidence in God” through this time. 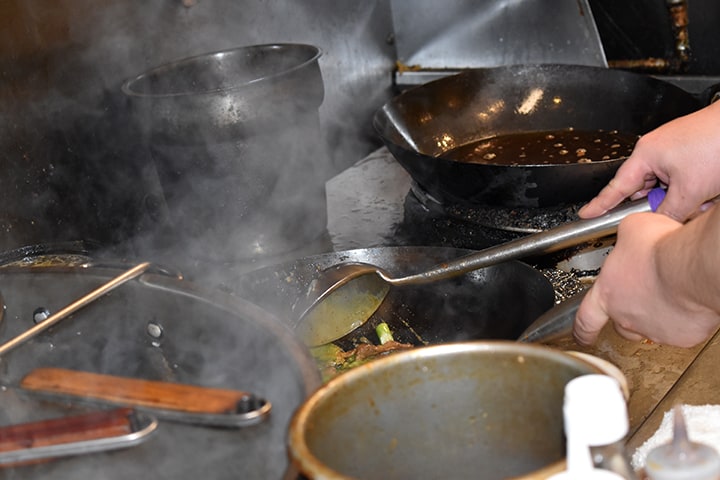 Chef John Zhang cooks basil beef at M Vista. Wang is confident that their fresh and locally sourced food could not be contaminated with coronavirus. 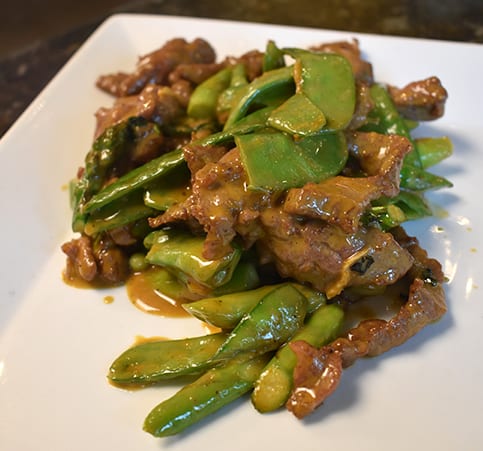 A freshly cooked basil beef dish will be delivered quickly to a table at M Vista. 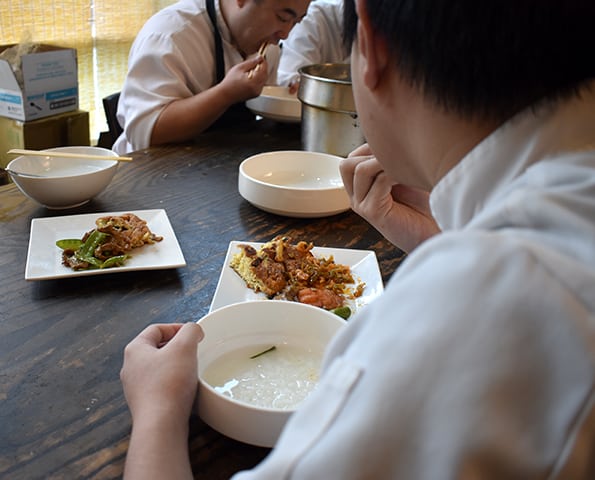 M Vista chefs sit down to eat a meal before the afternoon lunch rush. No one in the restaurant is concerned about the coronavirus.