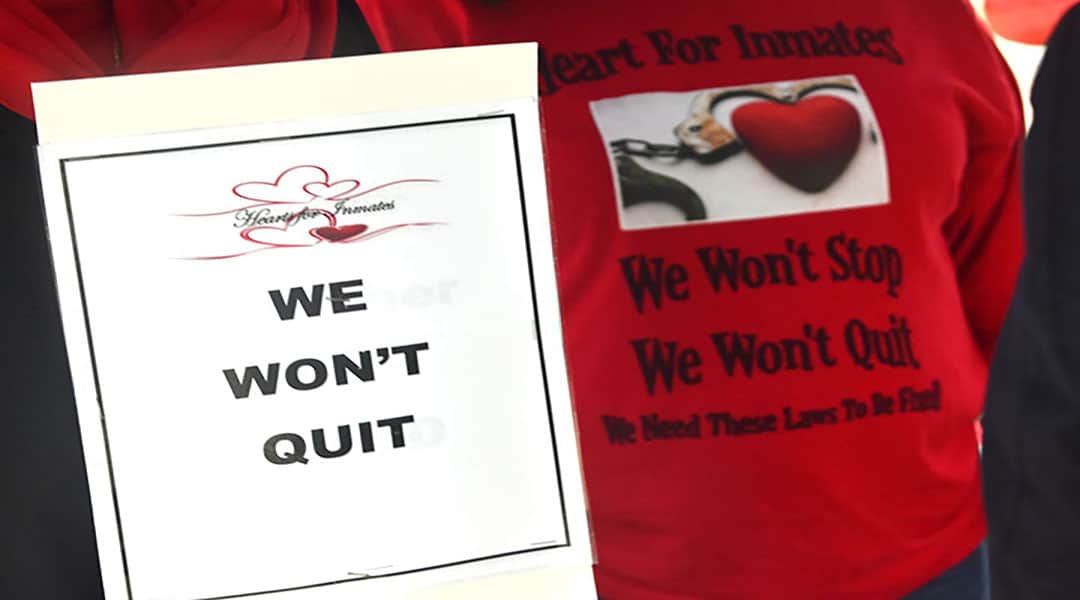 A half dozen prison reform activists, wearing red and holding signs, stood under a tent in the rain Thursday in front of the South Carolina State House to lobby for sentencing changes, chanting, “we won’t stop, we won’t quit, we need these laws to be fixed.”

Erica Fielder, founder of the Hearts For Inmates non-profit organization, said she’s been a prison reform activist for nearly five years and hasn’t been satisfied with lawmakers’ efforts since. Fielder’s husband is incarcerated and is a co-founder of the organization.

“Year after year, they have given us the sense of something being done and year after year, absolutely nothing has been done,” Fielder said.  Currently, offenders serving time for serious crimes such as manslaughter, kidnapping or armed robbery are required to serve 85% of their sentence to become eligible for parole.

Last year, two S.C. House bills addressed prison reform but have been stagnant in the past few months. The legislation  would decrease the percentage of time served before an inmate could petition for release from 85% of time served to 65%.

The South Carolina prison system has been under scrutiny since a massive prison riot in April 2018 that left seven inmates dead and 22 injured at the Lee County Correctional Institution. Gov. Henry McMaster has proposed spending an additional $129 million to make prisons safer and encourage more people to work there.

Rep. Russell Ott, D-Calhoun, stopped by the tent and conversed with the activists while on his way into the State House.

“A lot of times we kind of preach this mentality of being tough on crime until it affects you,” Ott told the activists. Ott is not currently a sponsor of either bill, but he told the activists that he would solicit support from his constituents for both pieces of legislation.

“We are creating more victims by not allowing this reform that they already have to move forward,” Fielder said. 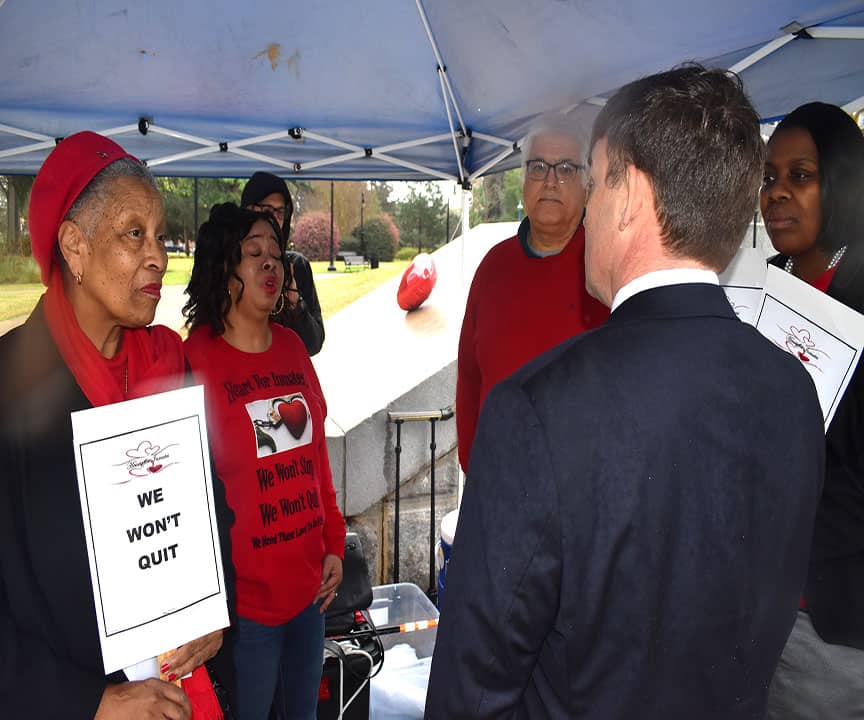 Rep. Russell Ott, D-Calhoun, speaks with a handful of prison reform activists outside of the State House as they ask for his support of two prison reform house bills. 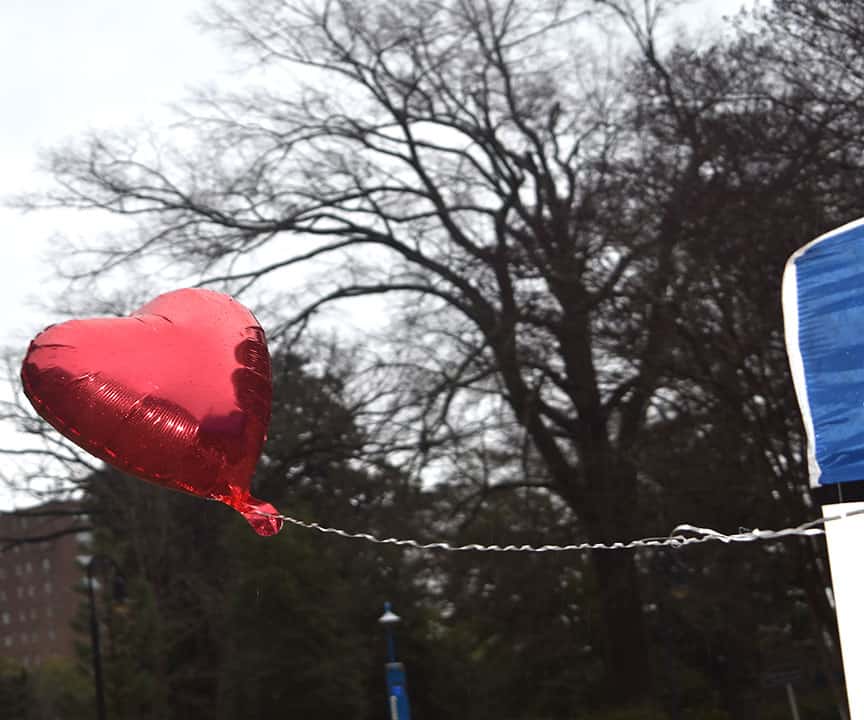 Rally members hold up a sign that reads “WE WON’T QUIT” and a wore a red shirt with the same slogan as they stand outside of the state house. 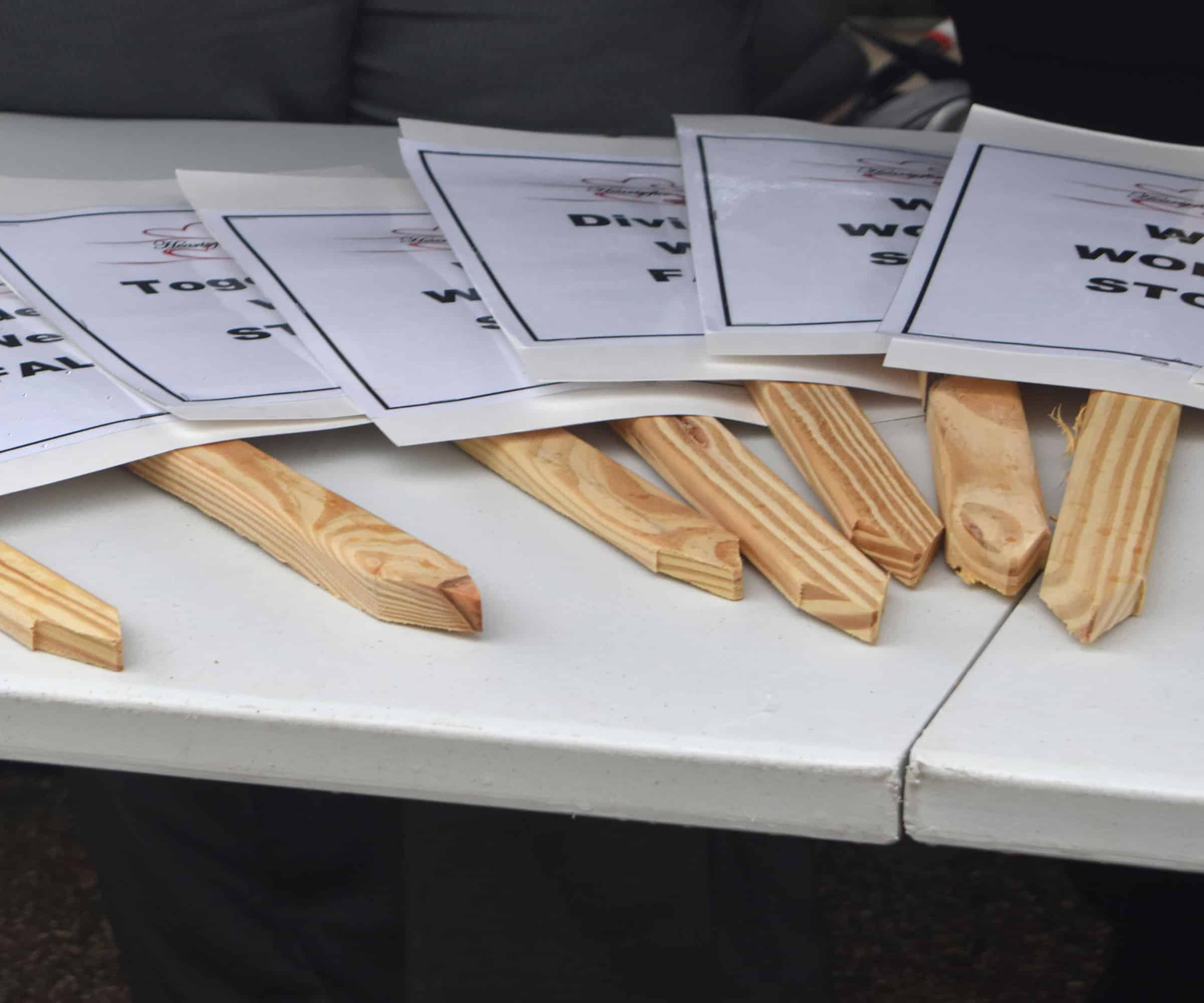 Prison reform rally signs with slogans such as “We won’t stop,” “we won’t quit,” “together, we’re strong,” are on display under the Hearts for Inmates rally tent. 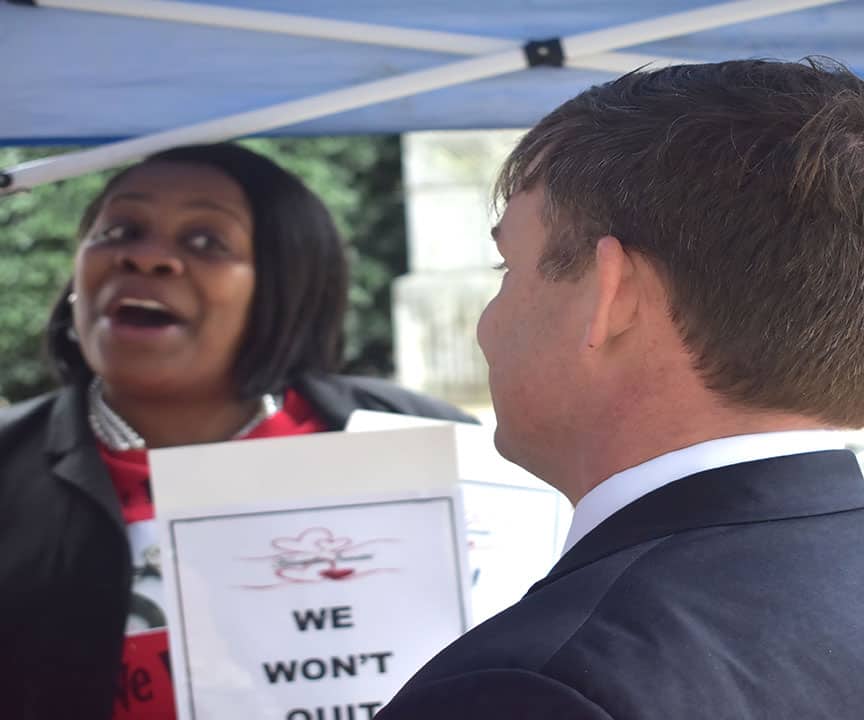 Prison reform activists, Hearts for Inmates, occupied the state house steps and spoke with Rep. Russell Ott, D-Calhoun, as he was entering the state house. 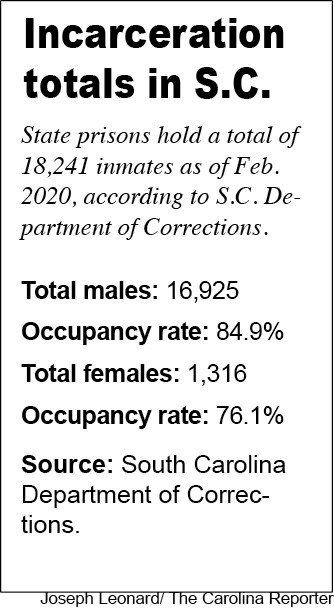