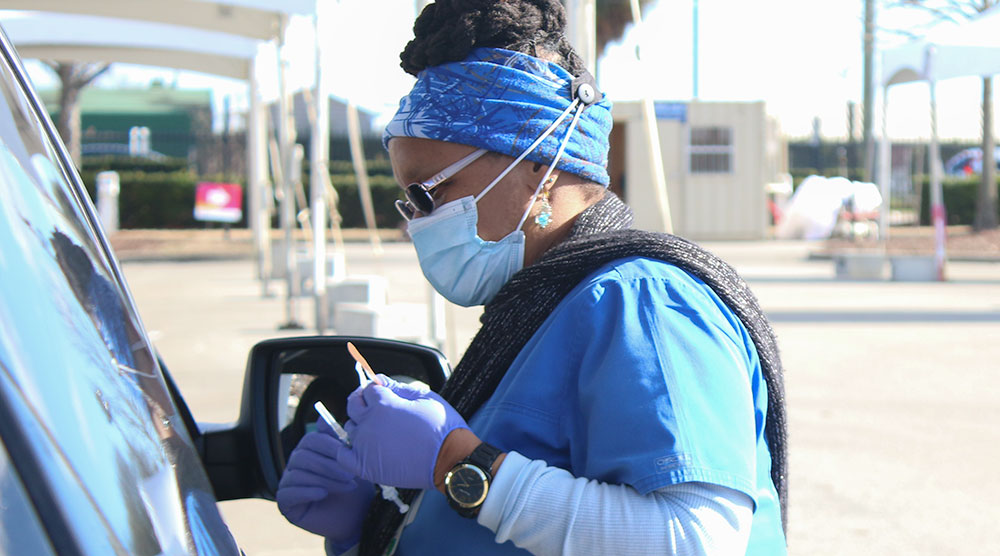 Jacqueline Samuels, a licensed practical nurse at Prisma Health, gives a coronavirus vaccine to a patient on Jan. 28. South Carolina has the second-highest rate of new coronavirus infections in the United States. Photo credit: Christine Bartruff

These variants spread quicker and easier than the main type of coronavirus, said Dr. Brannon Traxler, DHEC’s interim public health director. As of now, there is no conclusive data to show the variants cause more severe symptoms, she said.

Both the Moderna and Pfizer vaccines should protect against these variants, experts suggest. But with the South African variant, the vaccine may be less effective. Moderna has announced it is developing a booster to improve that effectiveness.

In a preliminary study, the Pfizer vaccine was shown to be largely effective against the British and South African variants, the Wall Street Journal reported. This study has not been peer-reviewed.

“Already being vaccinated is going to provide more protection than not being vaccinated at all, and will still protect you extremely well, from the most common strains that we’re seeing in the state,” Dr. Traxler said.

Because of the way the coronavirus vaccines were developed, it will not take long for scientists to “edit” them to be more effective with the variants, she said. The main concern is how long it will take to produce and distribute this new booster.

The two individuals who tested positive for the variant had no travel history, which could indicate a level of community spread. However, Dr. Traxler said there is not enough data to make any predictions yet.

It is normal for viruses to mutate, said Alyssa Clay-Gilmour, a genetic epidemiologist at the University of South Carolina. What concerns experts is their specific mutation, which makes these variants more transmissible.

“[The virus] replicates, it mutates, that’s what it was made to do,” Clay-Gilmour said. “That’s really all it’s good at. So we kind of expected that there would be a whole bunch of variants.”

All three variants have mutated their spike protein, which can make them spread easier. However, Clay-Gilmour emphasized this does not mean the variants have more severe symptoms.

The vaccine rollout is key to preventing the variants from getting out of hand, Clay-Gilmour said. The state has administered 297,453 vaccine doses to the public, about 61% of the total doses South Carolina received from the federal government, Dr. Traxler said in a Wednesday briefing.

The state will also receive around 72,600 more doses of the vaccine next week, an increase of about 10,000.

This process could eventually resemble the usual flu season, where people routinely get a vaccine. The coronavirus seems to mutate slower than the flu, Clay-Gilmour said, so a new vaccine may only be needed every couple of years.

South Carolina is still in the 1a phase of the vaccine rollout, which means those who are 70 and older can be vaccinated, along with healthcare workers and other qualified individuals. To find a vaccination location and make an appointment, visit DHEC’s website. 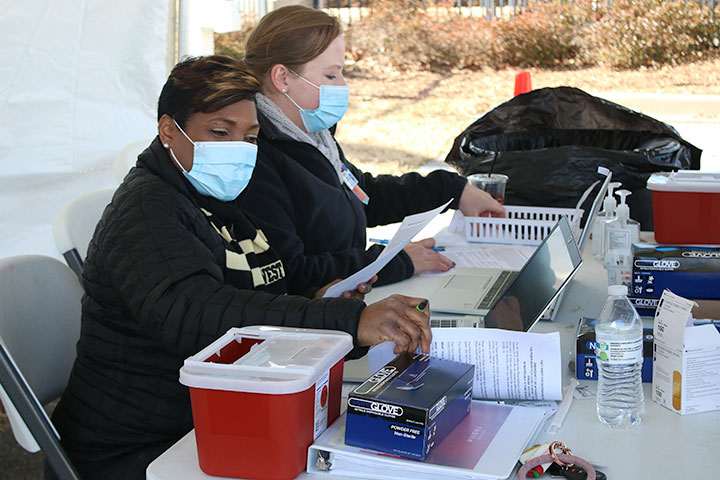 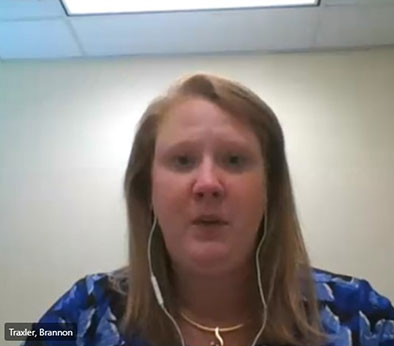 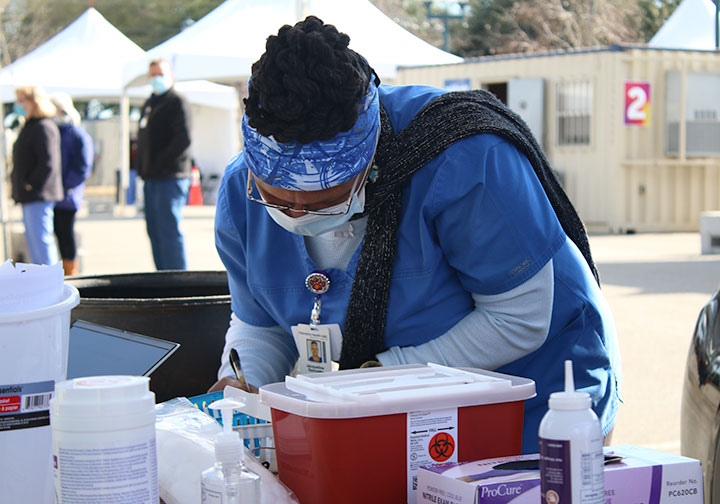 Samuels fills out paperwork at a coronavirus vaccine distribution site in Columbia. South Carolina has distributed over 290,000 vaccine doses. The state has a total population of 5 million. Photo credit: Christine Bartruff 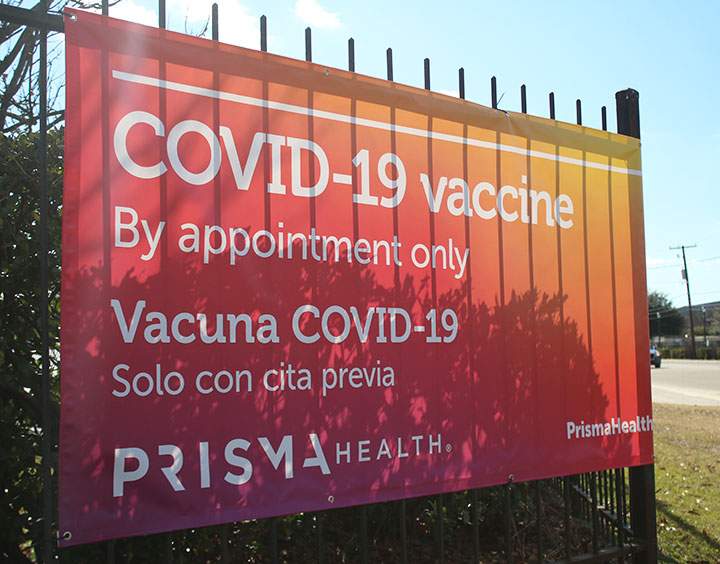 The sign at the coronavirus vaccine distribution site at Gamecock Park in Columbia. The site, which sits across from Williams-Brice Stadium, is one of many across the city. Photo credit: Christine Bartruff 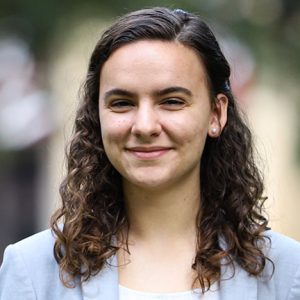