COVID-19 and Friday night football: How are fans feeling? 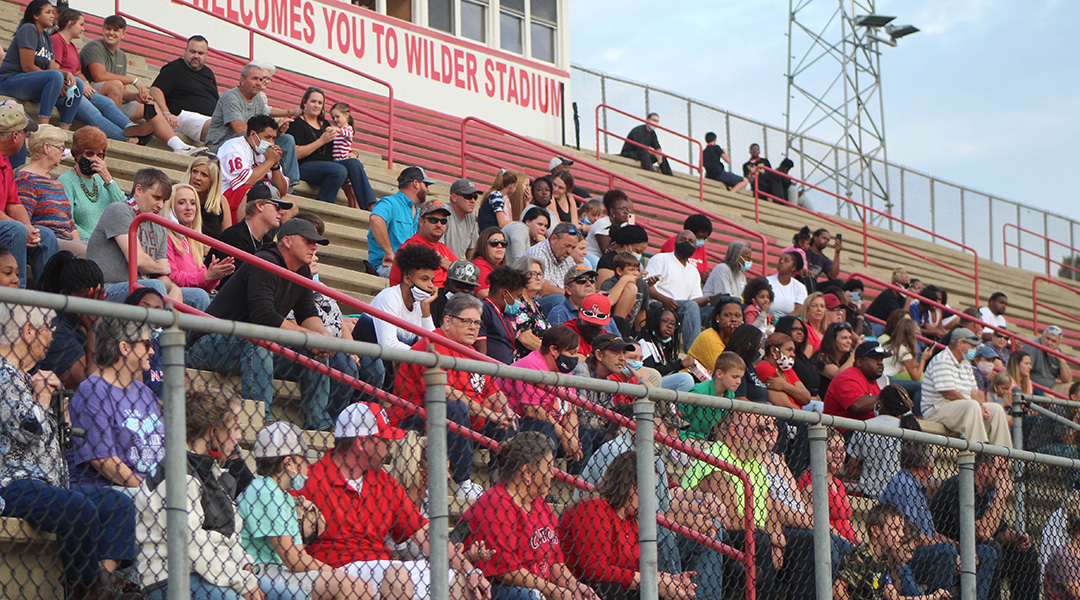 Clinton High School fans watch as their Red Devils take on Emerald High School in week one. Many fans aren’t wearing masks and are crowded within the stands.

As Friday night football kicks off across the Palmetto State, some Clinton High School Red Devil fans are wondering if there’s room for improvement in the school’s COVID-19 guidelines.

Briana Foster, a Clinton High graduate and Red Devil football fan, said she was concerned with the lack of social distancing when she attended the Red Devils’ week two matchup against Broome High School.

“In my opinion, attendance and seating arrangements didn’t appear to differ much from games prior to the pandemic,” Foster said. “I didn’t see marked-off areas to ensure social distancing, and although there were supposed to be limited tickets, the environment still felt crowded.”

The South Carolina High School League in late August released its spectator and facility guidelines, outlining a new normal for high schools to operate their stadiums and arenas during the coronavirus pandemic. Laurens County School District 56 and Clinton High School agreed to comply with these guidelines.

According to the spectator and facility guidelines, “Schools should determine what capacity their venue can accommodate so that people remain six feet apart at all times.” Signage outside of Wilder Stadium in Clinton states the maximum capacity is capped at 1,300 people. No tickets are sold at the gate.

Another requirement the schools agreed to states that face masks should be worn at all times by all staff, spectators and anyone associated with an auxiliary group.

Athletic Director Louie Alexander says that under 800 tickets were sold for the game, but he didn’t have attendance numbers from years past available for comparison.

Fellow fan Claire Marshall said she believed half the fans were taking the guidelines seriously.

“I saw a good many people wearing their masks for what seemed like the majority of the game while sitting down and were grouped off a good distance away from others. But on the other hand, some would come and sit right next you like at any other game,” Marshall said.

Both Marshall and Foster said the high school could improve its guidelines by better explaining the mask policy.

“I’ve only been to one game, and it didn’t appear that the high school was following the guidelines at all, especially since no one was enforcing the mask policy, even though there were signs posted,” Marshall said.

Alexander says the high school is doing its part.

“All guidelines are met when entering our facility.  Throughout the game, we continuously announce our expectations as they relate to COVID-19,” said Alexander. “We hope that our fans adhere to the expectations so we may continue to be safe.  We want and expect our fans to wear masks and socially distance, as well as all other guidelines we have in place.”

However, not everyone agrees with Foster and Marshall’s opinions.

“I was worried about when we got inside, everybody would just take their masks off,” Wilson said. “Now there were some people that would take them off while they were drinking or eating, but they didn’t really make them put them back on.”

Wilson said fans who thought someone was too close to them had the option to move to another area of the stadium.

“I felt fine the whole time. The thing about it is, the reason I felt fine was because there was so much open space in the stadium. If you felt like somebody was too close, you had plenty of room, you could’ve got off by yourself.”

The South Carolina High School League states that all member schools should adhere to the CDC and SCDHEC guidelines regarding managing events. 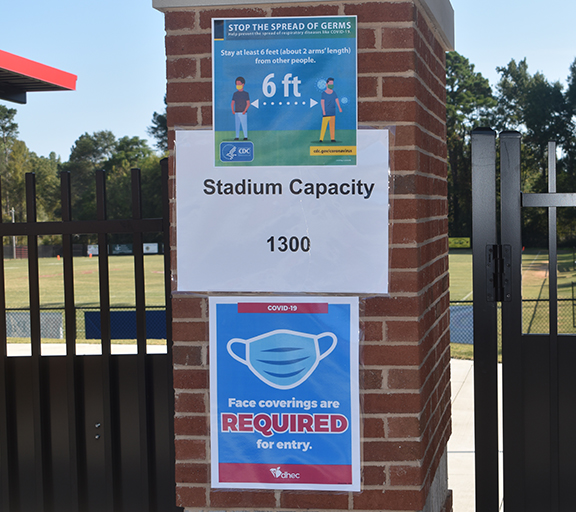 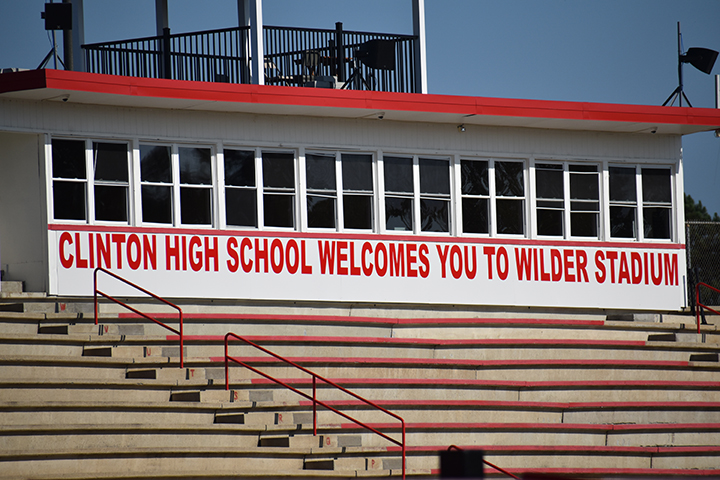 Wilder Stadium, home of the Clinton High School Red Devils. Tickets for football games can be purchased online, during lunch for students or in town at two of Clinton’s most notable businesses, Wilson’s and Arthur State Bank. 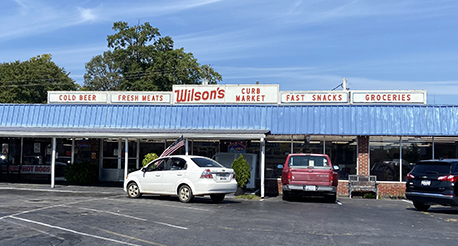 Wilson’s Curb Market in downtown Clinton serves as a place for people to chat and grab a bite to eat while also allowing Red Devil fans to purchase football tickets.