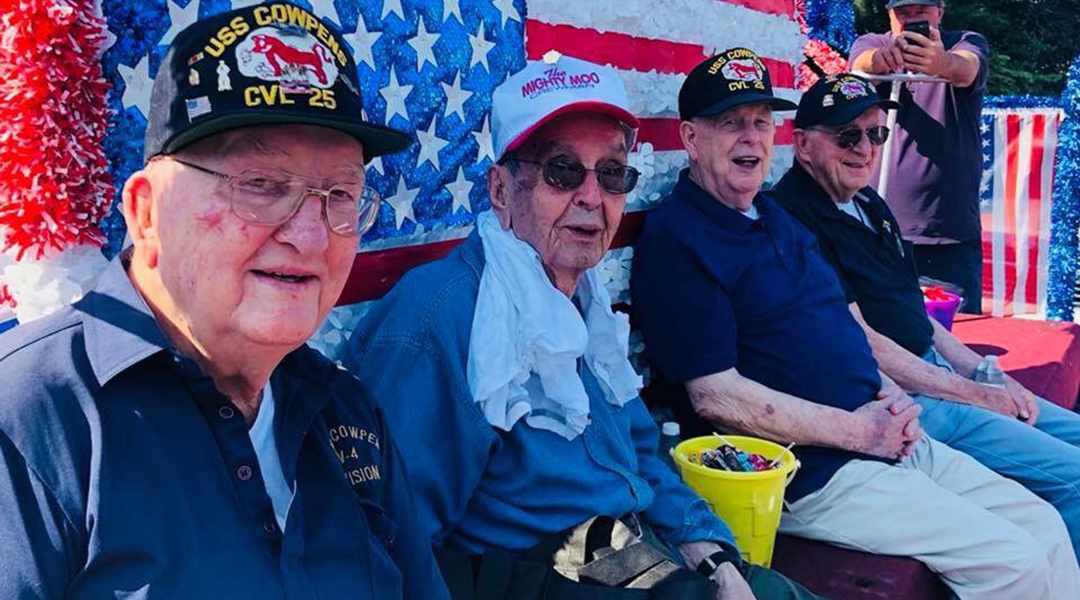 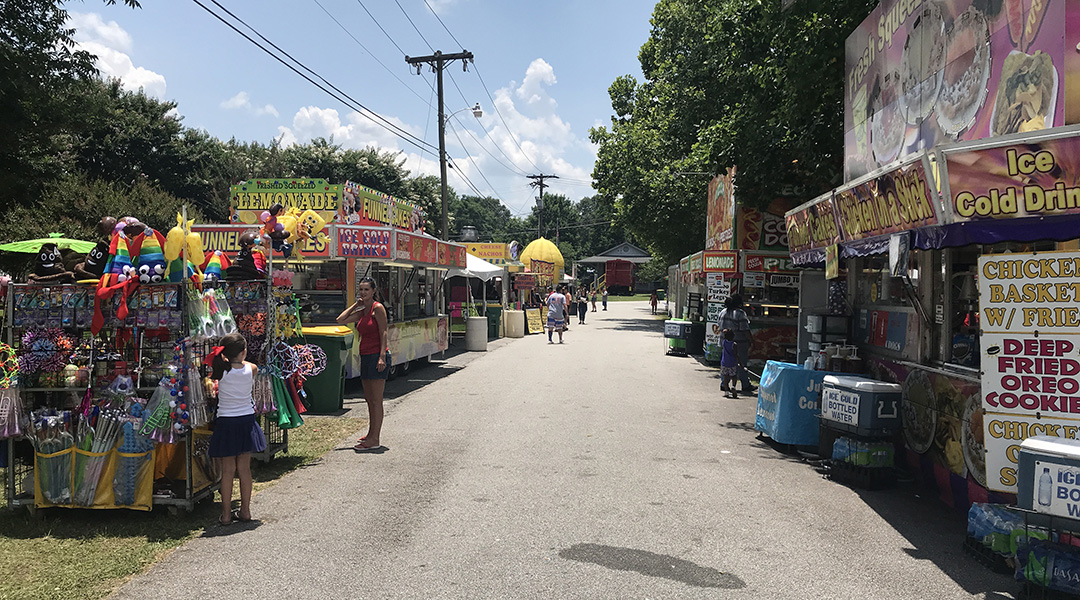 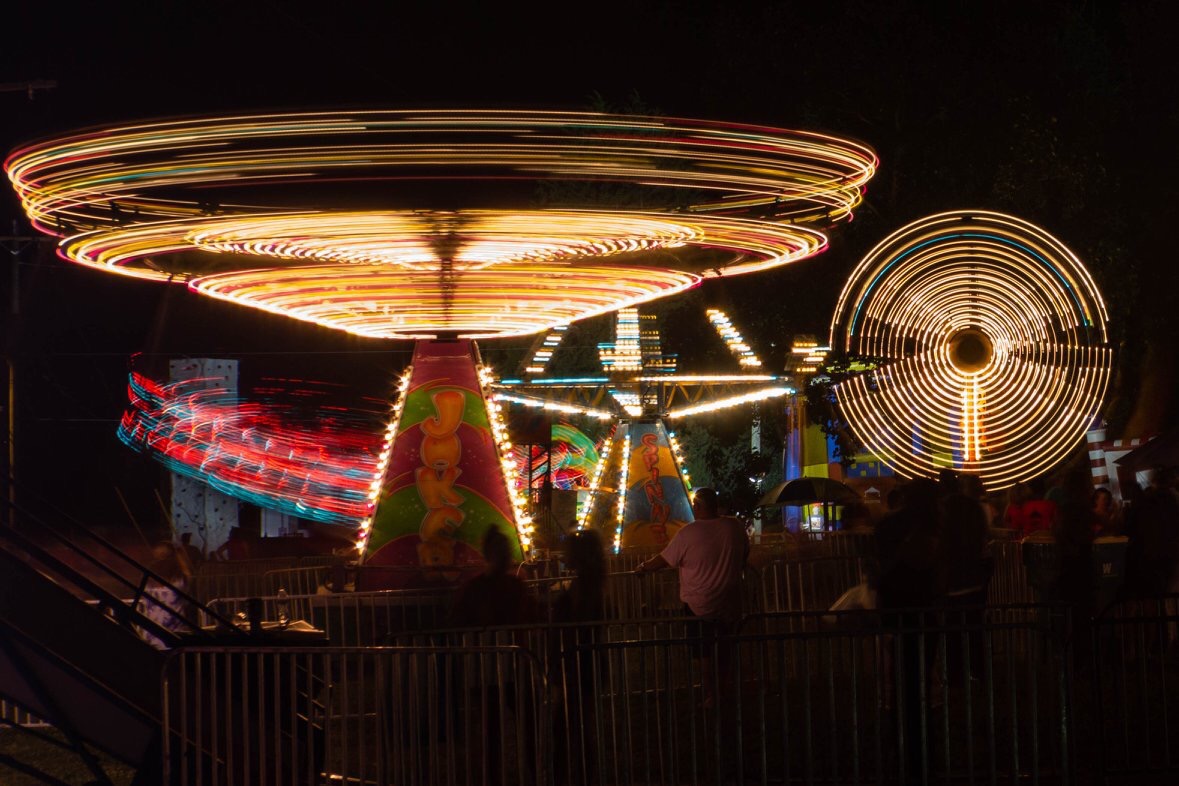 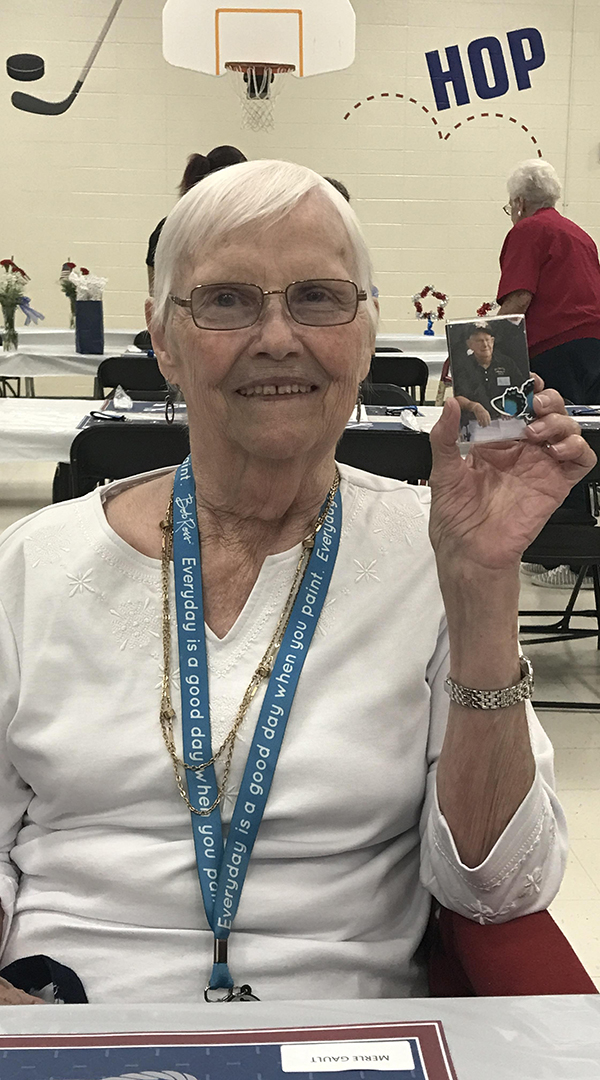 A historic upstate South Carolina town is so small that you might miss its exit on Interstate-85, but to Merle Gault, it’s home.

During Father’s Day weekend, the red, white and blue colors are hoisted high in Cowpens as the 2.3 square-mile town  celebrates the Mighty Moo.

“If you don’t know what the Mighty Moo is you’re losing out on a lot of things,” said Gault, a Cowpens resident.

The town  holds the four-day celebration each year to honor and remember Navy crewmembers of the USS Cowpens CVL-25 who served in World War II and those from the USS Cowpens CG-63, which is currently active in the US Navy’s fleet. This year’s 41st festival was June 13-16.

The festival is packed with various events for visitors and residents. This year, those events included, rides, performances, and fireworks. Vendors were also there this year.

“It’s to welcome traveling veterans from across the country and their families that come into Cowpens, and it’s a lot like a church social or a family reunion,” said Jan Humphries, a member of the Mighty Moo Committee and the official point of contact between the community, the ship and veterans.

The history of the festival is one Cowpens clings to and celebrates.

According to documentation at the Cowpens Museum, during World War II, George D. Martin, a Cowpens businessman, wrote to President Franklin Roosevelt asking that an aircraft carrier be named after the town of Cowpens. This wasn’t an unqualified request since Cowpens was the site of the pivotal Revolutionary War battle.

Many saw the naming of the ship as an appropriate honor, and so did President Roosevelt.

On May 28, 1943, the USS Cowpens was commissioned in Philadelphia, jumpstarting a distinguished combat career.

The CVL-25 “was in active service for three years during WWII. She was floating next to the Missouri when the Japanese signed the peace treaty. And her planes flew off her deck and were the first to land in Japan after the end of the war,” said Humphries.

The ship earned 12 battle stars and a navy unit commendation for her service in World War II, according to the Mighty Moo website.

Carswell Wynne served as plane captain on the USS Cowpens CVL-25 and recalls being near the Missouri at the end of the war.

“Going into Tokyo Bay on the first American Air Craft Carrier, [being] anchored close to the Battleship Missouri when all the dignitaries came aboard to sign the surrender, [and] walking the streets of Tokyo two weeks after the surrender [were] all exciting to participate in,” he said.  “[But,] the most exciting time was when the going home pennant went up and our ship was headed for home.”

“The Mighty Moo” was the nickname given to the ship by its crew, because of the “mooing” sound the ship made as it moved through the water, according to accounts from the crew. Cowpens picked up on the nickname in 1977, turning the annual festival into the ship’s namesake.

“Well it initially started following, the nation’s bicentennial in 1976. The first reunion of the USS Cowpens CVL-25 WWII ship was held in ’77. And all they did was put a blurb in several newspapers throughout the southeast,” said Humphries.

But that blurb was more than enough to draw a crowd. According to the Mighty Moo website, about “1,500 visitors” showed up to enjoy the “rides, flea market, and colonial experiences” the first year.

On March 9, 1991, the USS Cowpens CG-63, a guided missile cruiser, was commissioned in Charleston, South Carolina.

“We call it, the ‘new ship,’ even  though she’s 26 years old… She’s the first of the guided missile cruiser group that’s being renovated, updated, modernized with all of their security, technology, everything. She’s going to be top of the line. They are anticipating that she will be back in active service late 2019 to mid-2020,” Humphries said.

The ship has set many records, including an unparalleled track of six successive battle efficiency awards.

With the crew from two different ships, the amount of people that the annual festival drew grew, which Humphries attributes to the uniqueness of the festival.

“We say, and very proudly say, that we are the only community in the United States that has this type of event. I’ve had military career sailors, veterans tell me, ‘I’ve been/served on six or seven ships and I’ve never seen anything like what Cowpens has done with the Mighty Moo.’ Never. It’s not done,” said Humphries.

The future of the festival faces a challenge as the number of World War II veterans dwindles.

Just four of the eight surviving CVL-25 crewmen were able to attend this year’s festival.

“It’s very hard and sad. It breaks your heart because we are family. It’s kind of what the adopt-a-crew emphasis is. Celebrating our family that served on our ship and they are now part of the Cowpens family. It’s very hard losing our WWII crewmen,” said Humphries.

The dwindling number of crewmen isn’t lost on Humphries and many others.

“There’s only four of us from the CLV-25 here this year, and we’ll be dropping off year by year. So, the CG-63 people take up the representation of the Cowpens ship,” said Ray Williams, a WWII USS Cowpens CVL-25 crewman.

Wynne, too, is aware of that reality but plans to relish every moment.

“Words can’t explain the joy we have when coming to The Mighty Moo Festival,” Wynne said. “This could be my last year, but if I can crawl, I’ll be here next year,” he said.

Humphries is confident the younger crew members of the CG-63 will take up the baton and represent the ships at future  reunions as they get older.

“You know when you’re young, you don’t think about reunions … But as you get older, you think back to the history, the times, the experience you shared,” she said. “I’m very proud of them, and I’m very sure that they will step up and continue for our WWII crew.”

But for some, coming to Cowpens once a year wasn’t enough.

Joe Giannini was on the original ship in World War II. Gianni, a lifelong resident of New York had eight children who he exposed to the Mighty Moo celebration.

His son, Mark, a New York city fireman who brought his family to the festival for almost 20 years, served during 9/11 and recently retired from the New York City Fire Department. After retirement, he moved his family to Spartanburg County and built a house on a local lake last summer.

“That’s all funneled through Mighty Moo because of the relationships and the connection that’s been made over the years,” Humphries said. “They have fallen in love with the area, the people, so we are thrilled to have them.”

Humphries hopes others follow their lead. “If you haven’t gotten here yet, come on and visit us. We are waiting for you, anytime you can make it. We will love on you, spoil you and wear you out, but we will have a fantabulous time,” she said.

For more information about  the festival, visit cowpensmightymoo.com.