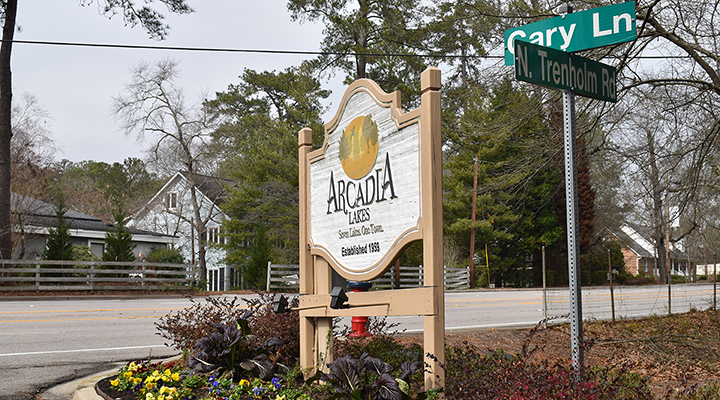 Gunshots around Decker Boulevard have caused Arcadia Lakes Mayor Mark Huguley to create a petition that would allow the Richland County sheriff  to close down trouble areas where the gunfire is occurring.

The mayor of Arcadia Lakes, alarmed over escalating crime around Decker Boulevard, is circulating a petition that would give Richland County Sheriff Leon Lott jurisdiction to close down local nightclubs that have been the source of gunshots in the waning hours of the morning.

Huguley has said that the gun shots fire off in the waning hours of the morning.

“We hear them fairly frequently, another county councilman texted me just the other night that he heard about five gunshots go off,” said Huguley. “It’s like I tell my kids, nothing good ever happens after midnight. It really is a wild west atmosphere.”

Huguley said the nightclubs are located near the intersection of Percival Road and Drexel Lake Drive. Huguley said that he learned following a Feb. 18 town hall meeting that children near that area are sleeping in bathtubs for protection from stray bullets.

The petition to allow jurisdiction for the sheriff to immediately close these problem areas has been sent out to all of the roughly 900 residents of Arcadia Lakes and also the surrounding areas. They were passed out at schools, churches and local businesses. The mayor hand delivered a petition to Forest Lake Presbyterian Church.

The Rev. Ellen Skidmore, pastor of the church, says she has been aware of the gun fire or a while now.

“I live in that area between Decker and the church and I hear gunshots all the time,” said Skidmore.

Skidmore is in favor of the petition but believes that there needs to be more done to help the issue.

“The combo of drugs, alcohol and weapons is deadly. This alone isn’t the answer. There is addiction and mental health treatment as well,” said Skidmore.

Huguley has also asked that all residents of Arcadia Lakes community contact every County Council member and ask him or her to pass the proposal.

Huguley has gotten a good reception so far from citizens and expects more people to sign.

“I’m expecting it to be in the hundreds.”

The petition can be found at the Arcadia Lakes Town Hall and Visitor Center front desk. 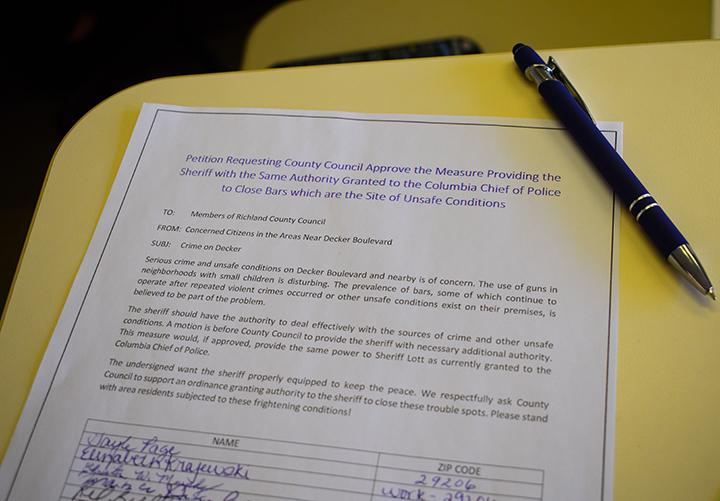 The petition is located at the front desk of the Arcadia Lakes Town Hall and Visitor Center. 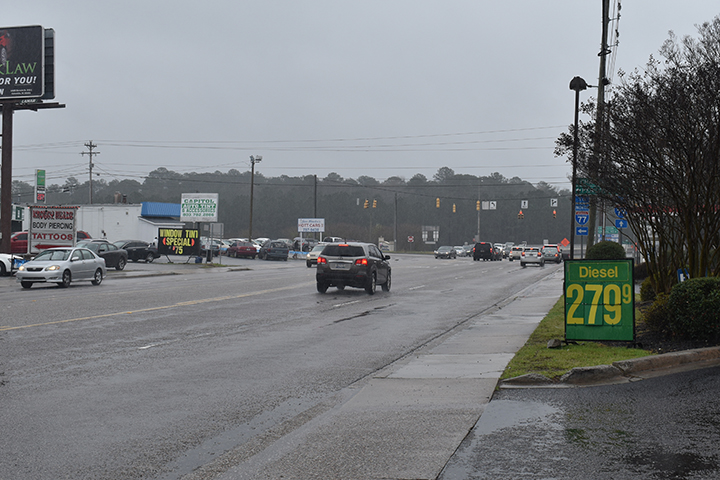 Arcadia Lakes Mayor Mark Huguley says the intersection of Decker Boulevard and Percival Road near I-77  is a “problem area” for gunshots. 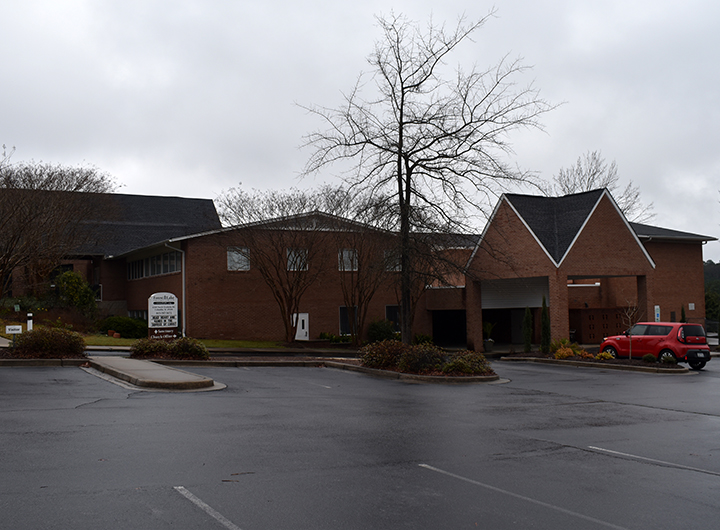 The Forest Lakes Presbyterian Church located on N. Trenholm Road is a site for one of the petitions seeking to grant Richland County Sheriff Leon Lott more power to immediately close down venues that draw troublemakers and gunfire.