The international Daffodil Project serves as a remembrance of the estimated 1.5 million children killed in the Holocaust. (Photos courtesy of Hillel USC)

Jewish students at the University of South Carolina are remembering the children lost to the Holocaust in a unique way — by planting daffodils.

The Daffodil Project is an international Holocaust remembrance project with the goal of planting 1.5 million daffodils in memory of the estimated 1.5 million children killed.

Over 750,000 daffodils have been planted since the effort’s inception, according to the project’s website. Daffodils were chosen to represent the yellow stars Jews were forced to wear under Nazi Germany’s rule.

Last year, the Jewish organization Hillel at USC contributed 250 bulbs to the international goal. This year they hope for an even bigger turn out.

The project started when junior Mary McElveen remembered participating in a daffodil planting as a child at her synagogue in Charleston.

“I thought that it would be a great way to kind of connect the goal of the Anne Frank Center with what Hillel tries to do,” she said.

Madelyn Miller, a junior and president of Hillel USC, said they weren’t expecting the project to be as big as it is.

“We’re kind of riding that wave into this year and, you know, hoping and expecting for an even bigger and better event,” she said.

The bulbs will be planted behind USC’s Anne Frank Center, which is affiliated with the Anne Frank House in Amsterdam and is the only one of its kind in North America. The facility serves as a museum and educational center for the Holocaust through the story of Anne Frank.

“It is so important to remember our ancestors and remember these historic, tragic and terrible events that have happened so that they don’t get repeated,” Miller said, encouraging people to visit the center.

The planting isn’t just for USC students. Community members are welcome to attend — and McElveen encourages them to.

“I think it is … very important that people who aren’t Jewish (to) come because these are the people that don’t have an experience in Jewish issues and Holocaust issues,” she said.  “Whereas Jews are kind of constantly like charged with having to keep the knowledge of the Holocaust.”

With anti-Semitism becoming a rising concern in the past few weeks, Miller said this makes this year’s planting that much more important.

“It’s really an opportunity for everybody to come together and rally against hatred, because there is so much hatred in our world right now,” she said.

Hillel hosts more events beyond the planting and serves as an inclusive space for Jewish students.

“We try to offer different types of programming to make people feel welcome in whatever environment they’re comfortable with — whether that’s a Shabbat dinner, or a movie night,” Miller said. “We just want to be a resource to further Jewish life on campus.”

The timing for the project doesn’t coincide with any specific day of remembrance for the Holocaust itself. The date is decided based on when daffodil bulbs need to be planted in a region in order to bloom in spring.

The planting will be at 5 p.m. behind the Anne Frank Center, on 1731 College St., near the Capstone dormitory. Attendees must sign up at this link. 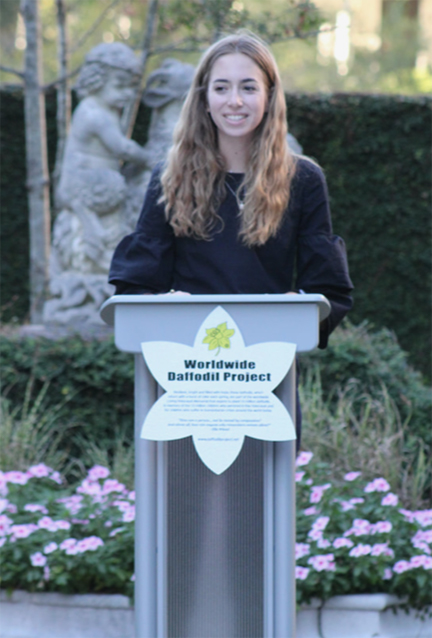 Mary McElveen brought the project to Hillel at USC after remembering planting the flowers with her local synagogue in her childhood. 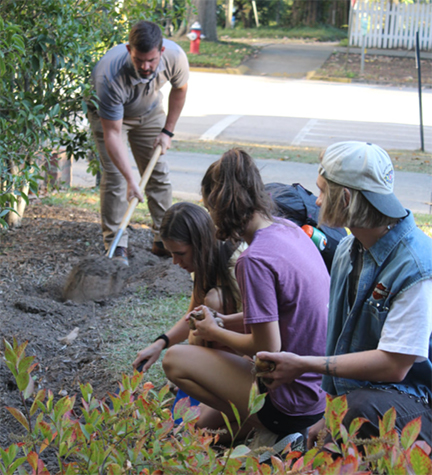 After a substantial turnout last year, Miller hopes this year is “even bigger and better.”