Lawmakers hope to avert another tragedy with rideshare legislation 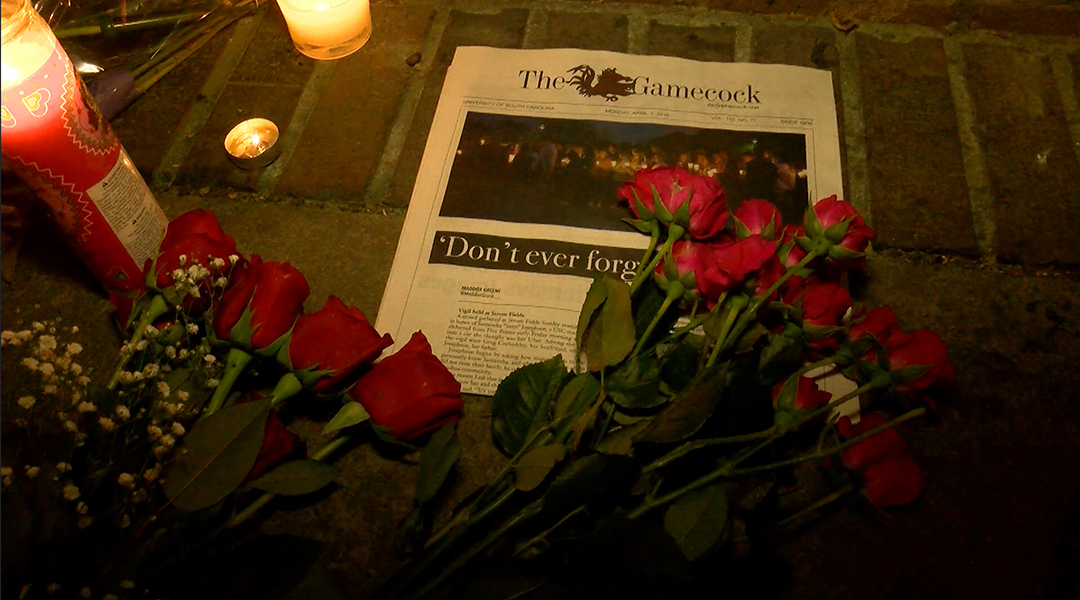 The Samantha L. Josephson Ridesharing Safety Act was introduced only a fews days after Samantha Josephson’s body was found nearly 60 miles away from where she was kidnapped in Five Points.

South Carolina lawmakers have introduced the Samantha L. Josephson Ridesharing Safety Act that would require all rideshare vehicles to have illuminated signs while the driver is on duty.

Samantha Josephson, a 21-year-old USC student, was killed March 29 after she mistakenly climbed into a car she believe was her Uber ride while out in the downtown entertainment district of Five Points.

“I’m not surprised things like this happen. But I was surprised that she really mistook a car for her Uber and someone could take advantage of that,” Samuel Zhou said. “I was also surprised at how bad the Uber system is to where someone could fake being an Uber and kidnap someone.”

Zhou, a Clemson University senior, often travels to Columbia frequently to visit his brother who attends the University of South Carolina. He prefers to drive himself most of the time but has used Uber to avoid parking and driving home after going out downtown. He thinks the new act is a step in the right direction, but it might not be enough to solve the issue of ridesharing safety.

“You can’t just slap on sticker and call it a day. I don’t think they should just pass it without having it looked at by a professional. I think a lighting specialist or an engineer should look at it before getting something completely useless. In an impaired state, they won’t care as much. But anything that can help a student identify the car, they should take it.”

The bill would require illuminated signs, distinguishing rideshare vehicles from other vehicles. Illuminated signs would also have to be produced by the individual rideshare companies. This would ensure the public could not purchase a generic light in store and place in their car. When a driver finishes employment for these companies, the legislation would require them to turn the light back in or sign an affidavit.

As a mother, Tateesha Smith was heartbroken after hearing about Josephson going missing and her body being discovered  a day later. Smith has a 21-year-old daughter who attends USC and, like other students, goes to Five Points.

“I was angry about the situation because that man took advantage of her. But something else I’m concerned about is the people at the bars. After a certain time, you need to stop serving alcohol to these kids. They aren’t grown enough to handle it,” she said.

Smith believes the legislation is a good start but said she wants to require students to use the designated area for Ubers to pick up and drop off passengers as well.

“But if those students can’t even make it to those pick up areas, that goes in hand with the bars as well. They need to stop serving alcohol so these students can get to these areas. Then there needs to be officers there to help these students verify that the cars they are getting into are Ubers.”

State Rep. Seth Rose, D-Richland, sponsor of the bill, recognizes that more needs to be done and welcomes comments about the designated areas, but believes that the bill will address most of those safety concerns.

“I’d like for USC, local Columbia and the government to get together and maybe for entertainment districts have a pick up point for Ubers,” Rose said. “I think that is something that should be looked into but I really thing that is a law enforcement issue, maybe not something that’s mandated by state law. But what we’re talking about right here should be mandated by state law.” 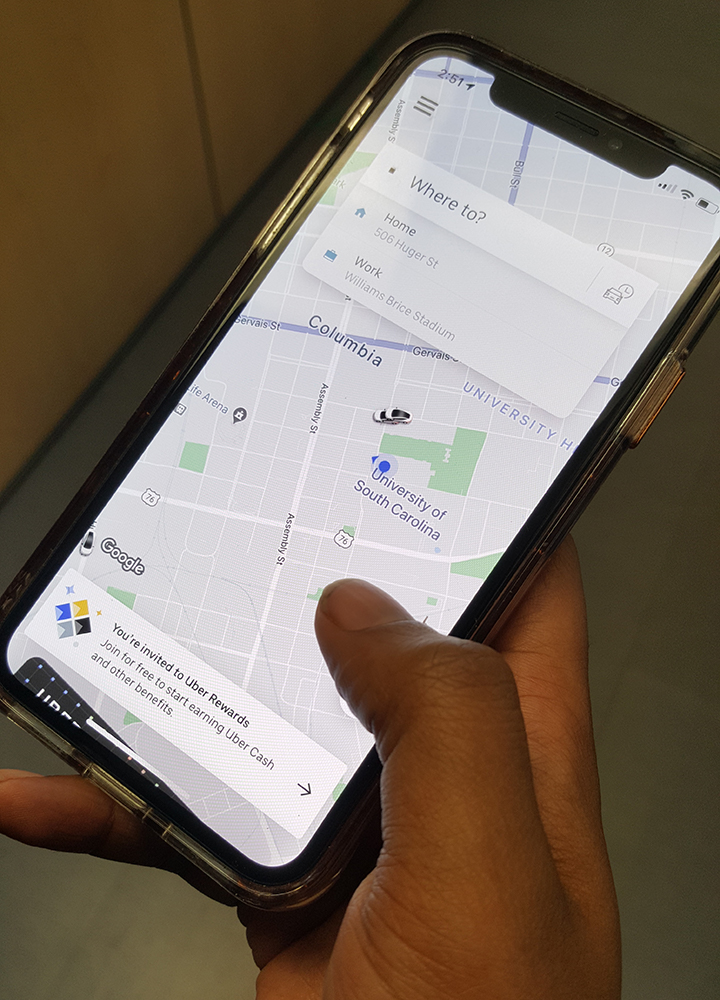 State Rep. Seth Rose, D-Richland, said that the bill he sponsored will address most safety concerns regarding the authenticity of the lights used by ridesharing companies. 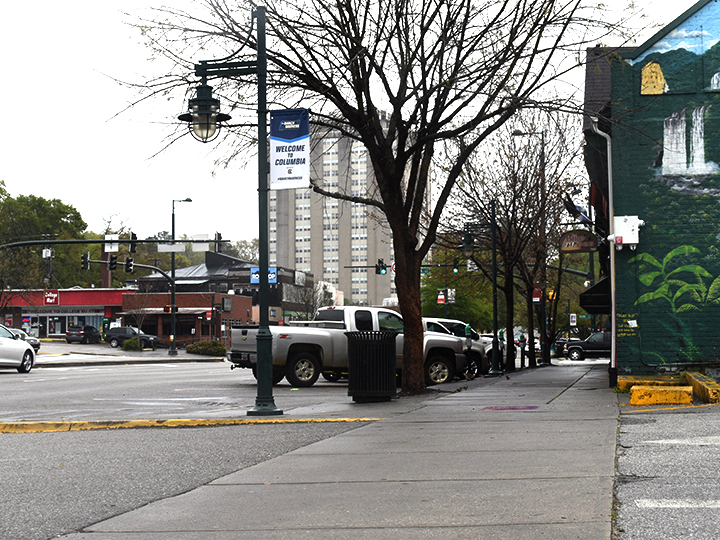 Hundreds of young people and cars fill the Five Points district every weekend, making it difficult at times to distinguish which cars are actually rideshare vehicles. 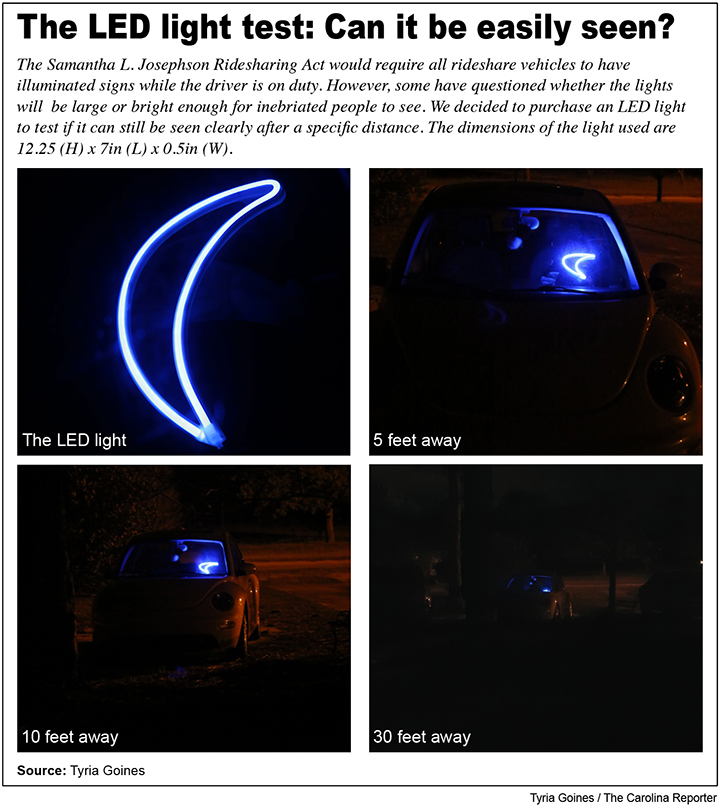 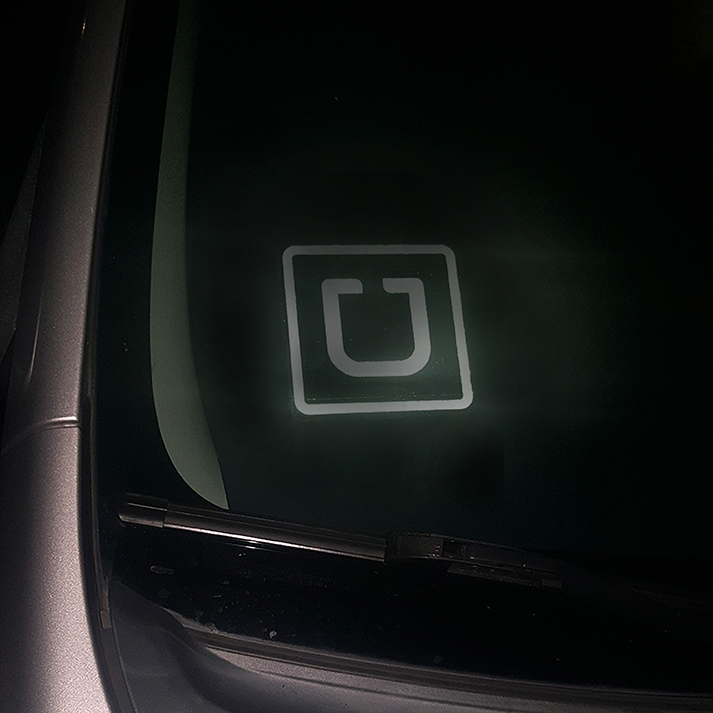 Uber drivers are currently required to have specific stickers in their windshields. In other market cities, Ubers already use lights to differentiate themselves from other vehicles.