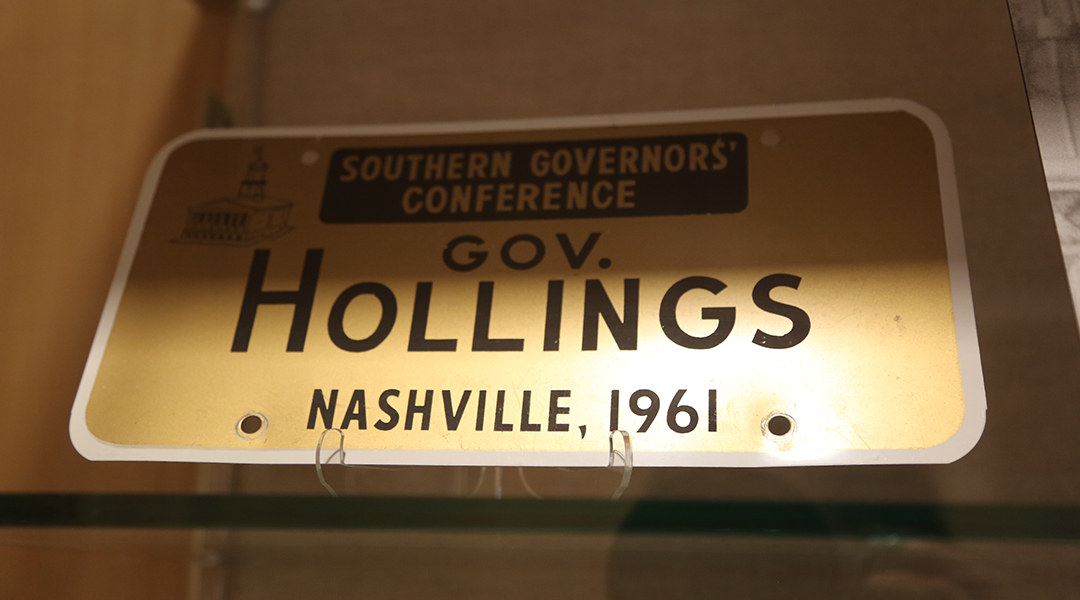 Hollings studied at The Citadel, earning his undergraduate degree before serving in World War II. After the war, he ran for the General Assembly, later serving as the lieutenant governor and governor of South Carolina. He was elected to the Senate in 1966 and became one of the longest-serving Senators in U.S. history, serving more than 38 years.

Dorothy Walker, director of South Carolina Political Collections, worked as an intern in Hollings’ Washington office while she was a student at USC. She interned for one semester before returning to Columbia and scoring a part-time position in his Columbia Senate office for the rest of her college years.

“Senator Hollings was always interested in learning new things, grasping the details of a situation, figuring out what problems people were dealing with and finding ways to help solve them, Walker recalled Monday. He was very action oriented.”

Hollings was a champion of education during his time in public office, pushing the state legislature to develop the technical college system that remains a cornerstone in higher education. As governor, he notably advocated for the peaceful admission of Harvey Gantt, the first black student to integrate the all-white Clemson University in 1963.

Hollings contributed all of his papers to the University of South Carolina libraries. His contributions and donations led to the opening of the Ernest F. Hollings Special Collections Library in 2010.

The collection includes over 800,000 pages of speeches, handwritten notes, copies of legislation, audiovisual records, photos and memorabilia that document his political campaigns and public service. His collection, along with those from other political leaders, makes it one of the finest modern political collections in the nation.

To Walker, the collection demonstrates not only Hollings’ extensive government service, but also illustrates the concerns of the people of South Carolina over a span of 50 years. 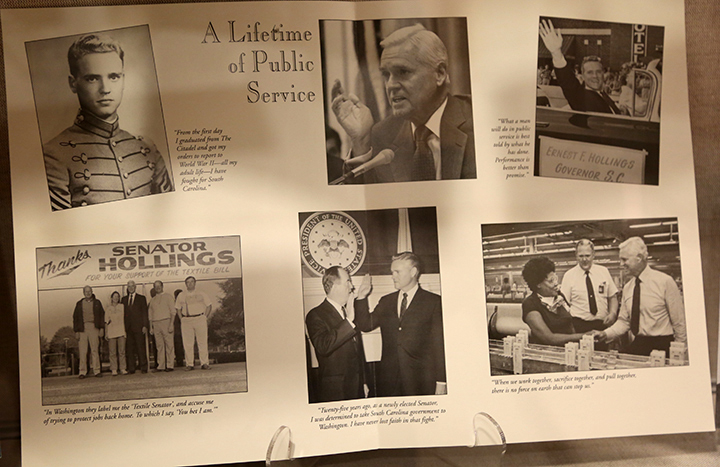 Hollings was elected to the U.S. Senate in 1966 and became one of the longest-serving Senators in U.S. history, serving more than 38 years. 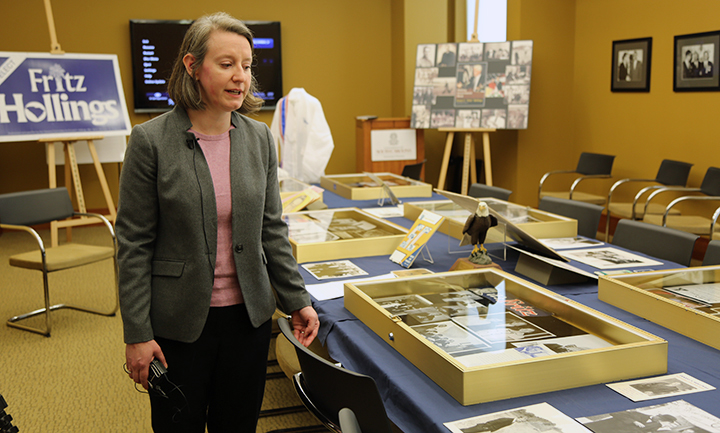 Dorothy Walker, director of South Carolina Political Collections, worked as an intern in Hollings’ Washington office. She also worked part-time in his Columbia office when she was enrolled at USC. 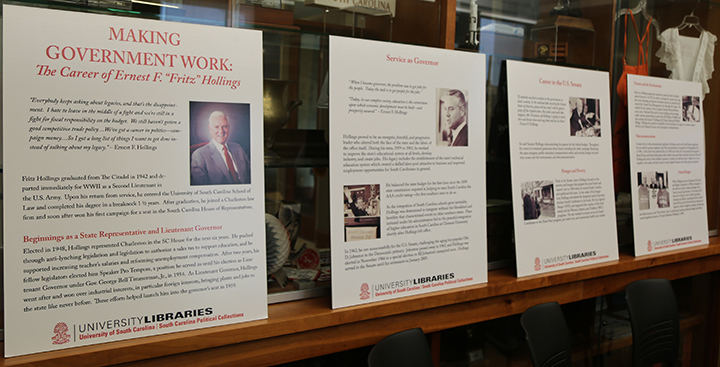 Hollings was a large advocator for education during his time as a senator and governor. He contributed all of his papers to the University of South Carolina libraries. His contributions and donations led to the opening of the Ernest F. Hollings Special Collections Library. 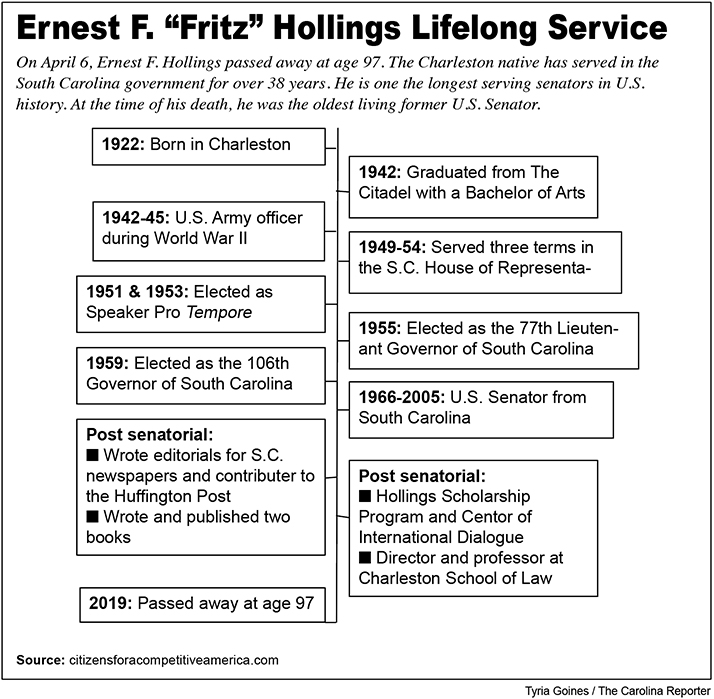