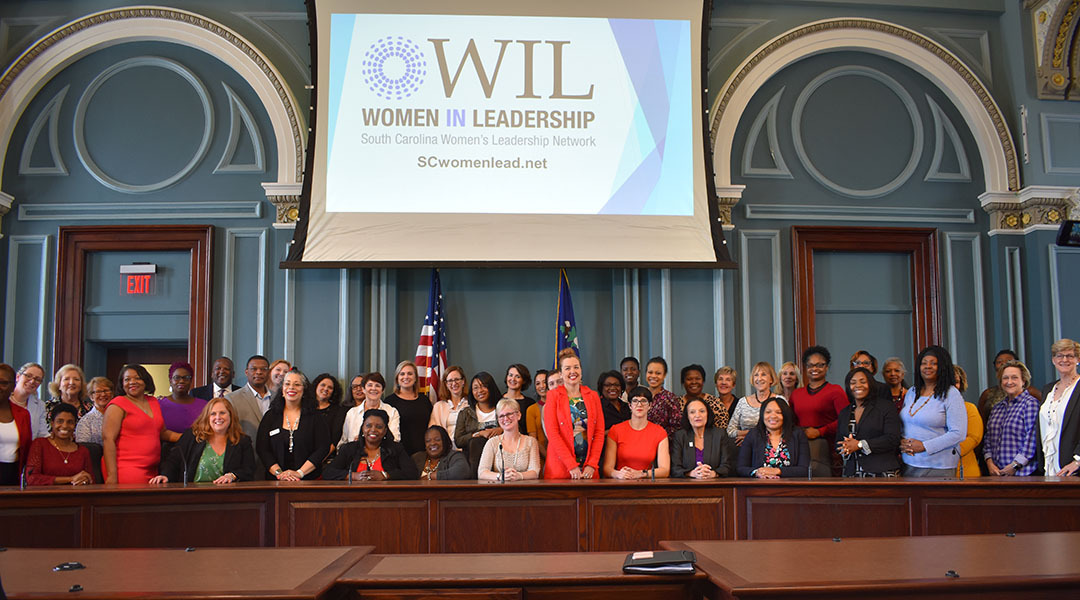 Leaders of a new nonprofit organization want to create a network of women who are equipped to lead in more than just women-centric issues in politics.

“It’s one thing to have a seat at the table, it’s another to actually have a voice, be listened to, and be taken seriously,” Kara Meador, a Columbia communications consultant, said.

SC Women in Leadership is a non-partisan organization that seeks to deepen the pool of female political and policy leaders in South Carolina. In a state whose population is over half female, less than a fifth of state leadership positions are held by women.

WIL officially launched on April 8 and hope to promote engagement of women in statewide opportunities to be leaders and run for various offices. Over the next two years, leaders want to promote fair voting, fill the pipeline for women leaders and reduce polarization.  They consider themselves “multi-partisan” and seek to inform.

Columbia Mayor Steve Benjamin, one of the founders of the organization, helped unveil the organization at city hall. Benjamin, who spoke about the strong women in his life, called for women to grab the mantle of public leadership.

Founder Barbara Rackes lamented the shallow pool of women leaders in South Carolina and is hopeful that WIL can help increase representation to above 20 percent.

Rackes, CEO of TheRackesGroup, noted the discrepancy of representation versus population and said “Men say ‘Who’s gonna fix this?’ and women put their heads together and they say ‘alright let’s do this.’ And we do.”

Shennice Cleckley, an entrepreneur who owns Smart Cookie Coaching, is a mother of three and has hopes to one day run for public office. She would like to see action behind the words of those in organizations like WIL.

“We continually organize and advocate, yet it makes no sense to advocate if you don’t follow through for what you’re advocating for,” Cleckley said.

“If we looked at America as more of a mosaic more so than a melting pot, we’ll be able to embrace everybody’s individual pieces in order to step back and see a beautiful picture,” Cleckley, a former policy director for the S.C. Legislative Black Caucus, said.

Maressa Cuenca, one of the youngest on the seven-member board of directors, hopes that this organization sparks conversations and awareness. For her the lack of representation for women is a form of injustice.

“Our voice matters,” said Cuenca, one of the youngest board members. As a minority and a young woman, she wants younger generations to see the importance of being active, even if they feel unqualified.

“Step up. Not because you feel like you have what it takes, but because it’s worth the cause,” Cuenca said.

“WIL for short because we will overcome, we will get this done,” Rackes said. 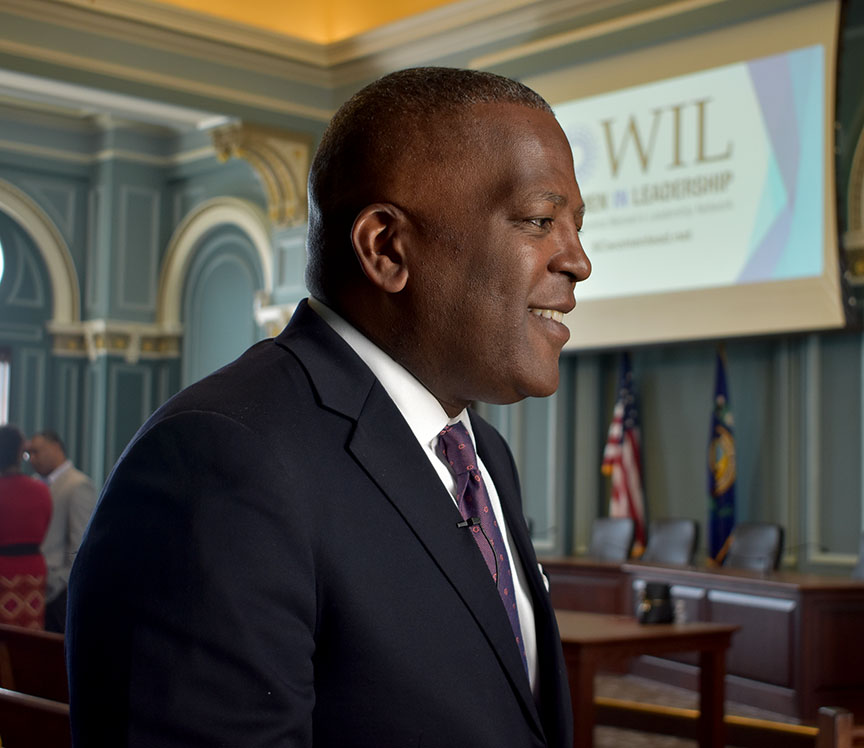 Columbia Mayor Steve Benjamin is one of the founders of the organization that launched April 8. 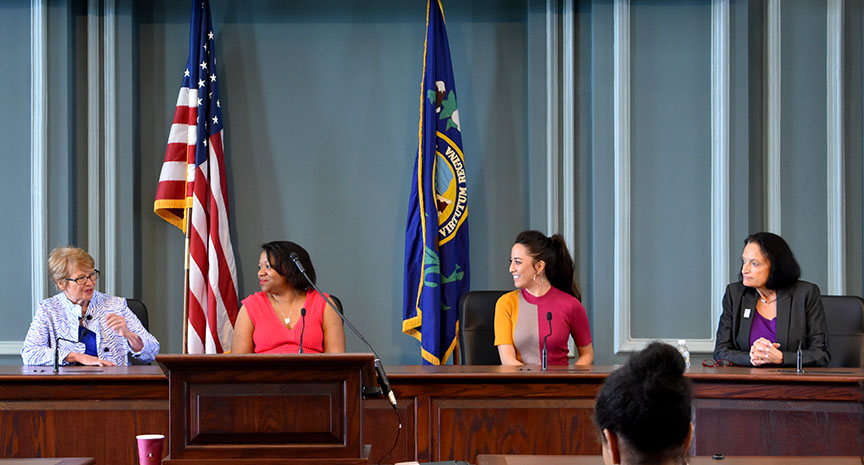 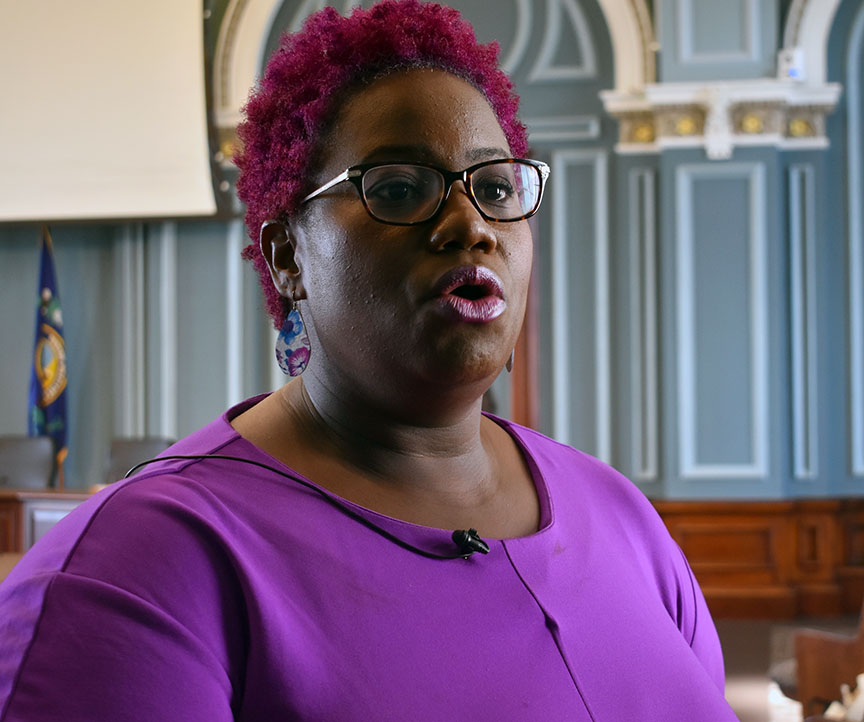 Shennice Clickley is a mother of three and hopes to run for public office one day. She believes that a leader should reflect the diversity of the people and hopes her uniqueness can do this. 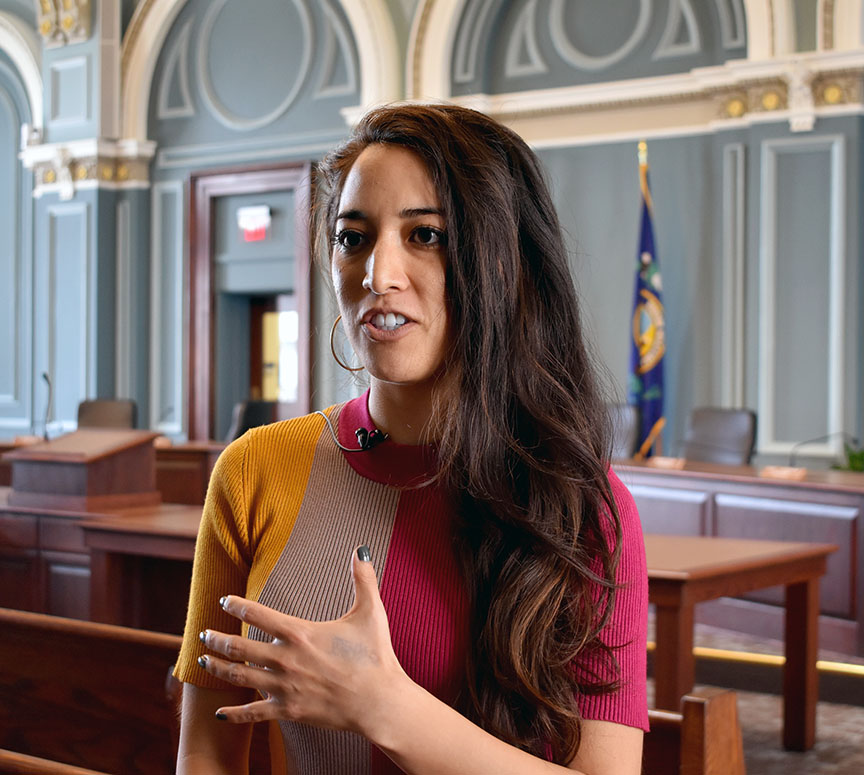 Maressa Cuenca is on the board of directors for SC Women in Leadership and believes that we need to bring awareness to the gender injustices that exist in current leadership roles. 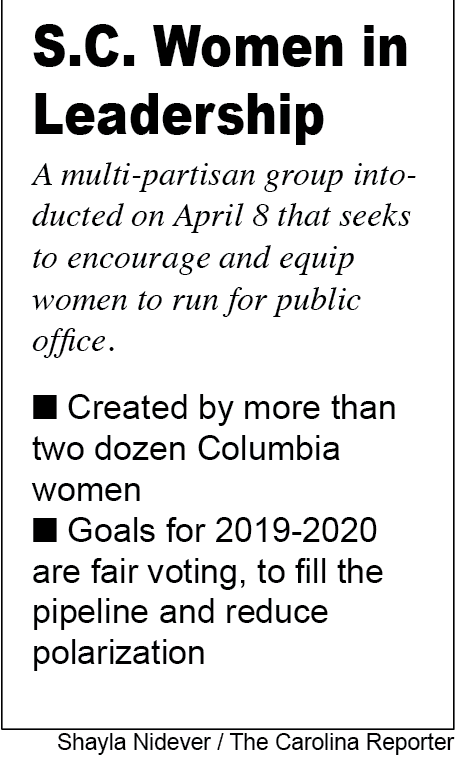