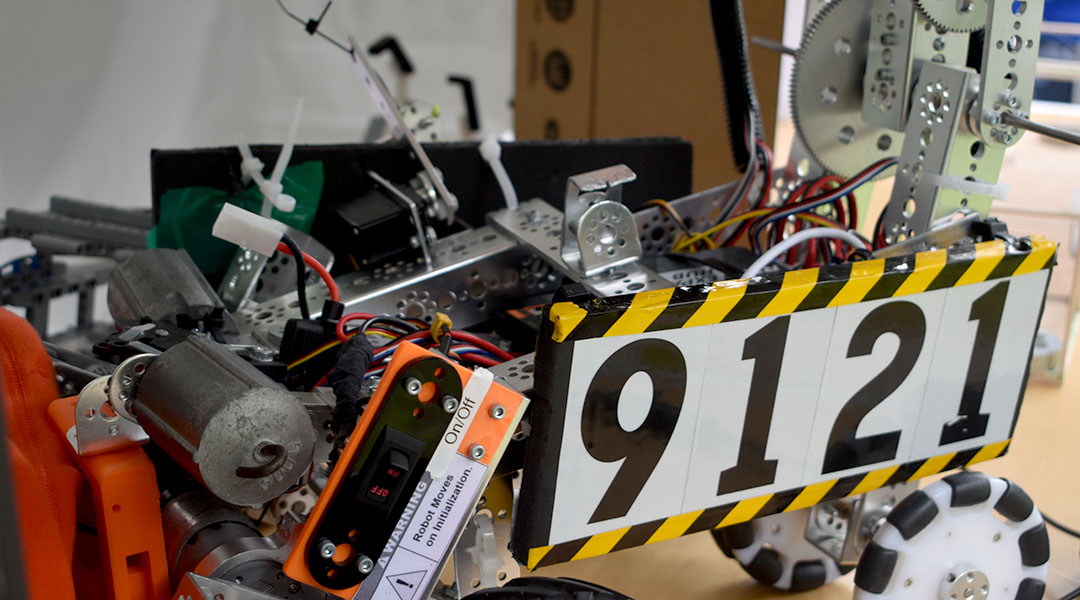 Robots roamed the grounds of the State House Tuesday on official STEM day in the Palmetto State.

Lawmakers, educators and students gathered at the capitol to bring awareness and inspiration to the work students are doing in the STEM field. STEM education focuses on four specific fields: science, technology, engineering and mathematics.

This was the second STEM education day organized by South Carolina’s Coalition for Mathematics and Science and the inaugural year for STEM Educator of the Year award.

Out of over 250 nominations, S.C. Future Minds, an organization of businesses supporting education in South Carolina, gave the award to Midlands middle school teacher Warren Wise.

Wise teaches at Kelly Mill Middle School and has been able to add some unconventional methods alongside the normal curriculum to inspire and challenge his students. Wise is also a Centers for Disease Control and Prevention science ambassador.

“When you inspire a child to keep moving onto the next level, it’s more than just science, technology, engineering, math,” Wise said. “It’s almost like it’s God-like. Teaching is a calling, it’s something that you feel inert, that you want to do for that child.”

Student robotics teams lined the outside of the Statehouse, showing off their mechanical creations. Many of the seniors involved with STEM programs in the state plan to continue their education in similar fields.

School and community teams from all over South Carolina spent hours and hundreds of dollars creating robots that grab things, shoot hoops, give tours, and mimic behavior.

Stewart is a homeschool mom, a robotics coach of 9 years and a former engineer. She is currently the coach for a 4-H club community team in Charleston.

Stewart sees the importance of students learning how to use technology, no matter what career they are pursuing.

“I think every student should have a background in STEM,” Stewart said.

She and her students are delivering letters to legislators in South Carolina asking for competitive robotics to become recognized as a sport. This would mean that teachers would receive compensation and students would have more access, including being excused for competitions and more funding.

She also sees biases hindering girls from investing in STEM programs and thinks they need to be invited and encouraged to step out of their comfort zones.

“Our whole team is based around ‘join the resistance.’ Resisting the fear of failing by trying new endeavors,” Stewart said.

As of April 3, the state of South Carolina is joining a global cohort of STEM ecosystems, alongside more than 80 other ecosystems from around the country and world.

These ecosystems are meant to foster spaces to improve STEM literacy and create a successful STEM workforce.

Part of the proclamation read “whereas the Palmetto state is committed to providing its next generation of leaders with a rigorous, well-rounded education and whereas it is important to recognize and promote success in both student and teacher accomplishments in STEM.”

Evette also spoke to the year of education in South Carolina, including the K-12 education bill that went through the house and is residing in the senate.

Along with raising teacher pay, she also highlighted the importance of businesses calling South Carolina their home and bringing more jobs in the STEM field.

These businesses, along with the reform bill, would help retain teachers, students and eventually the growing STEM workforce.

Over 70,000 jobs exist in South Carolina alone for students involved in STEM programs throughout the state.

Tom Peters is the executive director of S.C. Coalition for Mathematics and Science and believes that these jobs show opportunity, optimism and economic gain.

“There can’t be a wonderful state of South Carolina without a commitment to science, technology, engineering and mathematics education,” Peters said. 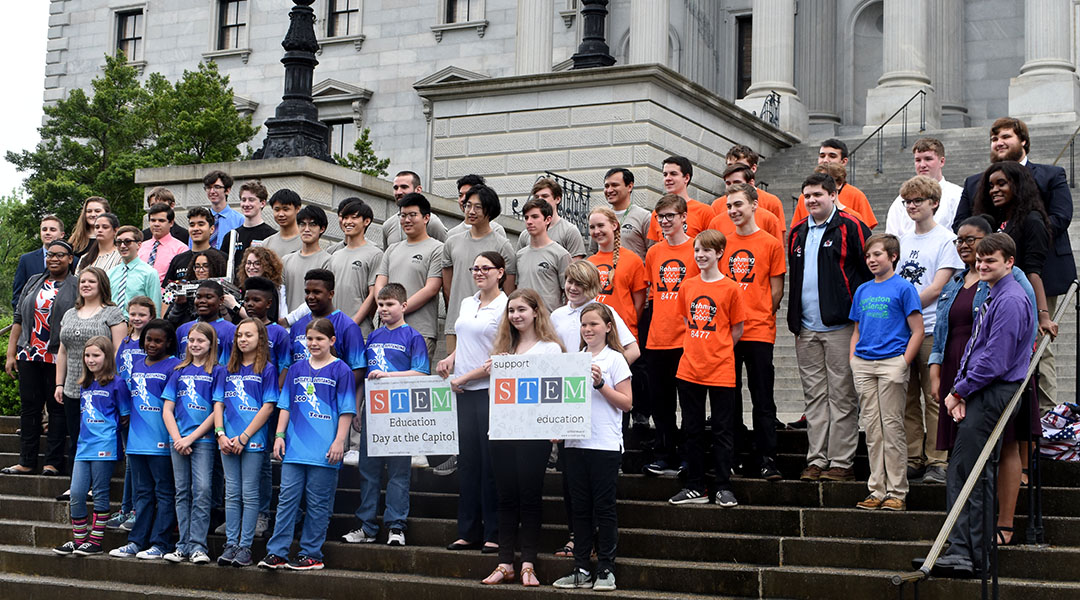 Students came to the South Carolina State House from all over the state for STEM education day. 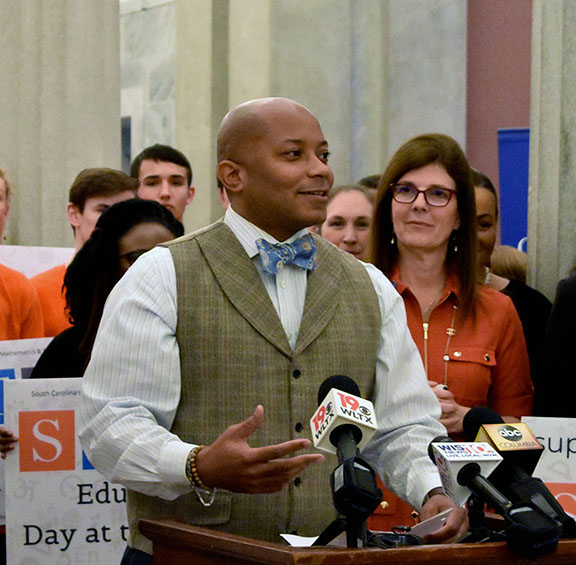 Warren Wise is a single father and a teacher at Kelly Mill Middle School in the Midlands and was awarded the first South Carolina STEM Educator of the Year award. 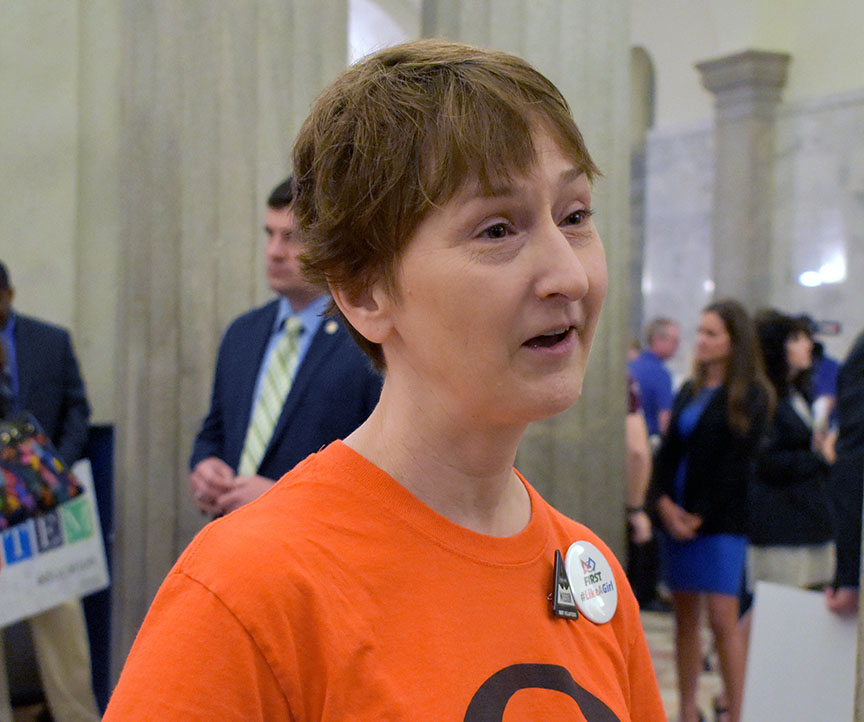 Linda Stewart is a former engineer who currently coaches a community robotics team in Charleston as pat of STEM teaching. Her team is going to the world championships for the third time next week. 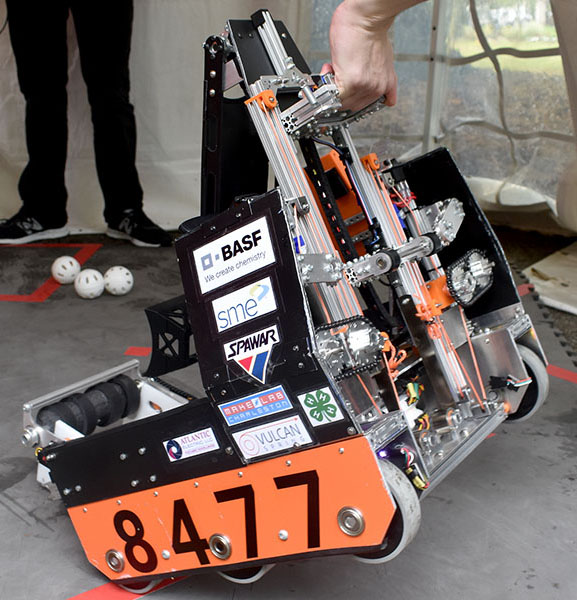 This robot, made by the Rohming Robots team in Charleston, is able to maneuver around, scooping up objects to then “shoot.” Students demonstrated how it also had other functions. 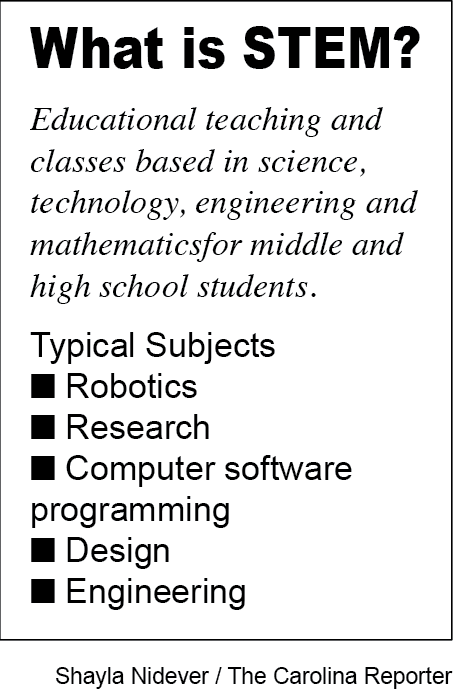