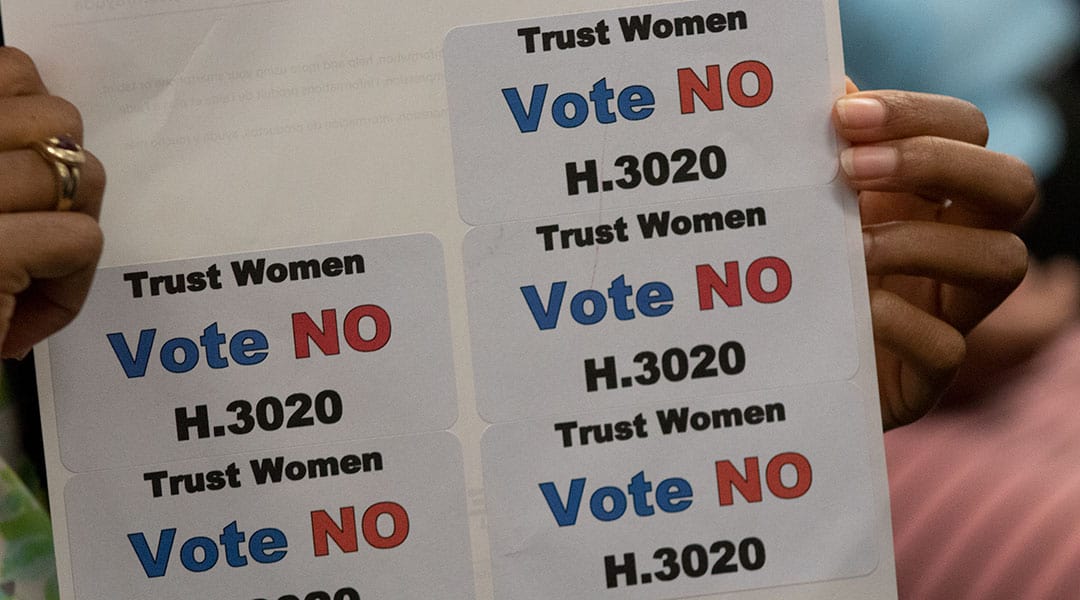 South Carolina’s fetal heartbeat bill passed the Senate Medical Affairs Committee Tuesday with exemptions for rape and incest, but only if the woman seeking the abortion provides a police report about the crime.

Similar to legislation passed in other southern states, the heartbeat bill would criminalize abortions after a fetal heartbeat is detected at around six weeks into a pregnancy.

The change, called the Davis Amendment after Sen. Tom Davis, R-Beaufort, who entered it, added exceptions for rape and incest back into the heartbeat bill on the condition that the exemption included proof from a third party that a violation of the law had occurred.

“I am pro-life, I have voted for every pro-life bill, I think, that’s been debated in the Senate since I was elected,” Davis said. “But forcing a woman who has become pregnant as a result of rape, that does continue the violence and the trauma of that rape.”

Although the amendment did soften the severity of the bill, the Democrats in the committee were not impressed.

“Until we walk a mile in those shoes, we just never know what it feels like,” Johnson said. “And to say we are going to require a police report, it sounds simple, but there have been a lot of highly publicized, high profile cases just recently where women are coming forward now that they were raped years, maybe decades, ago and they didn’t report it to the police.”

Sen. Margie Matthews, D-Colleton, the only woman present on the committee, used her experience as an attorney to argue against the police report provision.

“If you ever defended a CSC (criminal sexual conduct) case, you would know the protocol that is required by a police officer,” Matthews said. “Because the protocol for a woman is something you cannot imagine.”

One Republican who opposed the amendment was Sen. Richard Cash, R-Anderson, who removed the rape and incest exemption in the medical affairs subcommittee.

“It’s not as if the abortion is going to erase the trauma of the rape,” Cash said. “But the abortion might entail its own trauma.”

The amendment passed in a 9-6 vote.

There was not one empty seat in the meeting room where members of the committee gathered to vote on H.3020. Activists both for and against the bill pilled into a large meeting room on the ground floor of the Gressette building on the Statehouse grounds.

Steve Lefemine, the director of Columbia Christians for Life, is opposed to the bill because he said he feels it does not go far enough to protect unborn lives.

One of several abortion rights activists at the meeting was Emily Walter, the field organizer for Planned Parenthood in Charleston. She drove to Columbia Tuesday morning to stand in solidarity with other activists.

“I think that this bill will only harm the health and lives of women and families in South Carolina,” Walter said. “Reproductive rights means to me everyone having the right to make decisions on their life.”

Denise Kroninger, another anti-abortion activist who supports the bill, expressed surprise at the passage of the amendment.

“I was surprised the initial vote was six to nine,” Kroninger said. “I was disappointed that it did not go through with no exemptions, but I understand these days we have to compromise.”

The bill will be to the Senate when the legislature is back in session in January. If it passes, Gov. Henry McMaster has already promised to sign the measure. 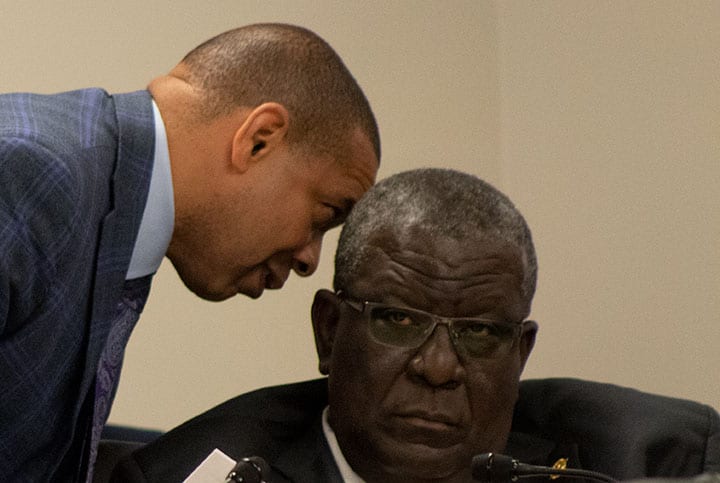 Sen. Marlon Kimpson, D-Charleston, and Sen. Kevin Johnson, D-Clarendon, speak during the medical affairs committee meeting. Johnson spoke against the heartbeat bill. “Until we walk a mile in those shoes, we just never know what it feels like.” 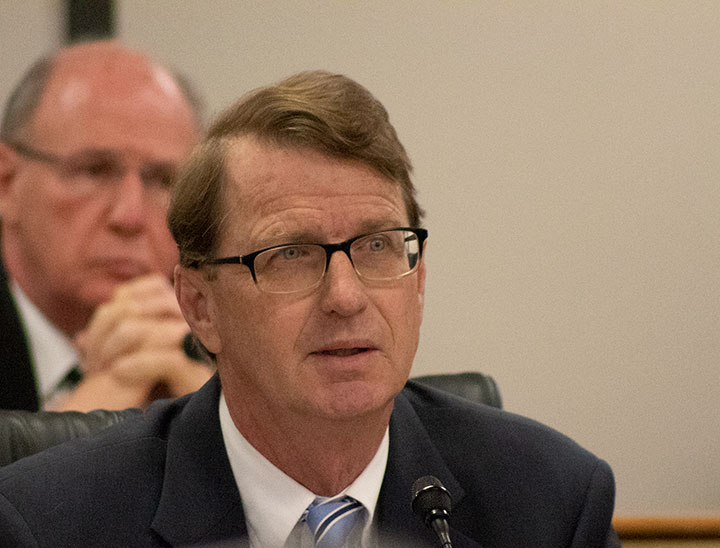 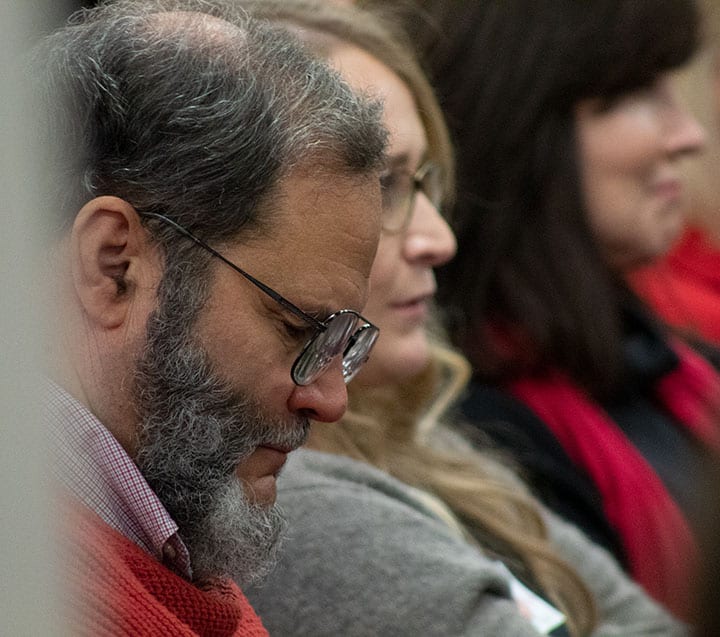 Steven Lefemine, the director of Columbia Christians for Life, does not think the fetal heartbeat bill goes far enough to protect unborn lives. 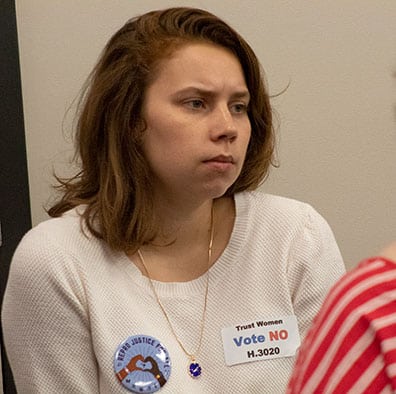 Emily Walter, a field organizer for Planned Parenthood in Charleston, opposes the bill as a threat to the health of women in South Carolina.