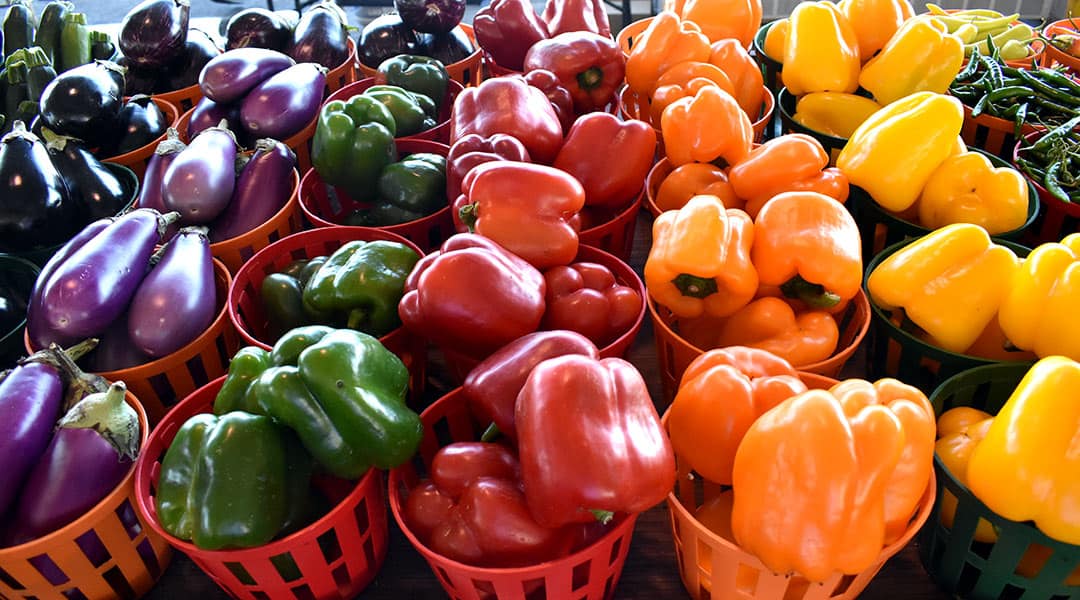 An assortment of peppers and eggplants are on display when customers first walk into the South Carolina State Farmers Market. The vegetables come from McLeod Farms, Inc. which is located in McBee, South Carolina.

With temperatures in the 90s, the first day of fall in South Carolina did not bring typical crisp autumn weather, but the South Carolina State Farmers Market is nevertheless preparing for the new season’s harvest.

Faye Hilliard came to the market with her husband and purchased chrysanthemums, white pumpkins and winged gourds. They typically take a trip to the market once a year.

“We usually love to come in the fall to buy the peanuts and look around at all of the fall stuff,” Hilliard said.

“Last year, we were dealing with the hurricanes. A lot of farmers lost their crops, but this year so far everybody’s got a good crop,” Boozer said.

Even though hurricanes this season haven’t been as destructive as years past, South Carolina is experiencing abnormally dry weather and droughts, according to the National Integrated Drought Information System.

Tish Knight, a market vendor from Jacob’s Produce, said there’s not going to be a large selection of available fall products from South Carolina. She said the lack of rain and extreme heat is causing production delays, specifically in pumpkins and chrysanthemums.

“The growing season has been tough from the beginning until now,” said Knight.

Boozer said this week’s temperatures ranging from 92 to 98 degrees with 10 days of no rain are not beneficial for this time of the year.

“It’s not looking good right now, but most of the produce farmers have irrigation,” Boozer said.

Amanda Chavis, one other vendor, sells in-season products and home decorations. She said it’s hard to find fall local produce in South Carolina other than apples because of the hot weather.

Chavis is a part of a 40-year-old family business. She said when consumers choose to purchase from local farmers, it supports small businesses instead of big corporations.

“You’re helping us, you know, pay for our kids to get through college and not supporting some man just sitting and not doing anything,” Chavis said.

Boozer encourages the public to shop locally because the market offers different products each month, including seasonal decorations.

He said there are a lot of regulars that come in every week, while some customers travel from different states.

“A lot of times you hear in the news mega-farms are taking over and small farms are going out, but we like to support our small farmers out here,” Boozer said. 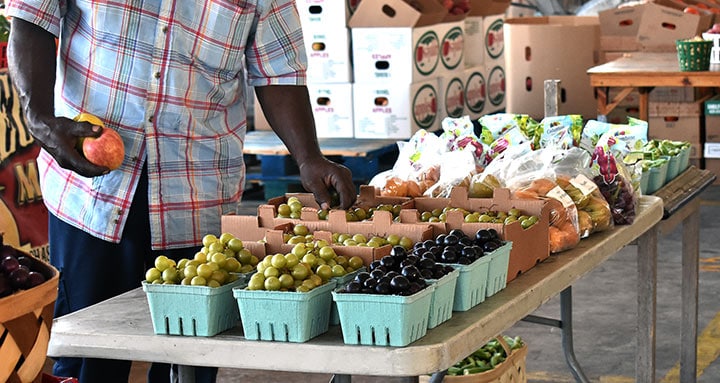 Muscadine grapes are a staple fruit that the market sells during the fall. The grapes are grown in the Southeast because of the warmer temperatures later in the year. 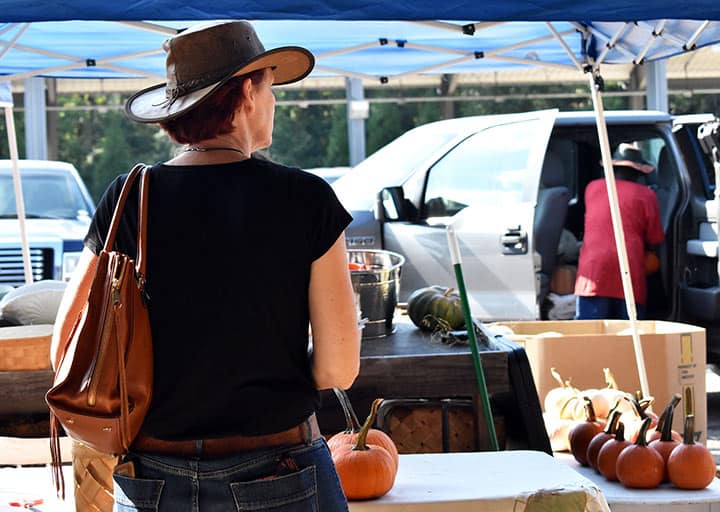 A customer at the Jacob’s Produce stand is purchasing pumpkins. The stand’s vendor, Tish Knight said, “We always enjoy seeing the same customers come out for our pumpkin display.” 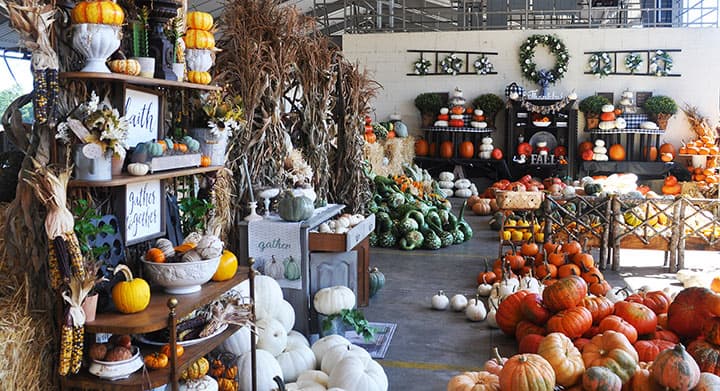 Not only does Jacob’s Produce sell seasonal edible pumpkins, the vendors have other fall vegetables on display that are used for home decor. 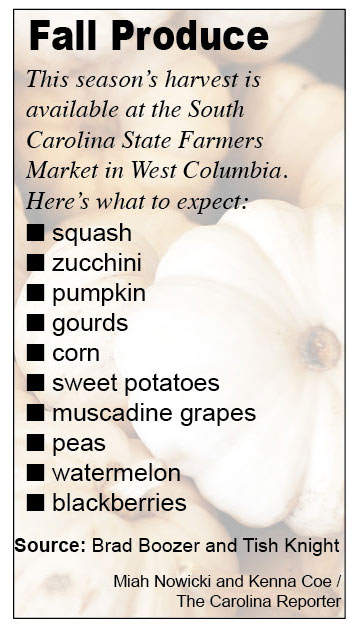