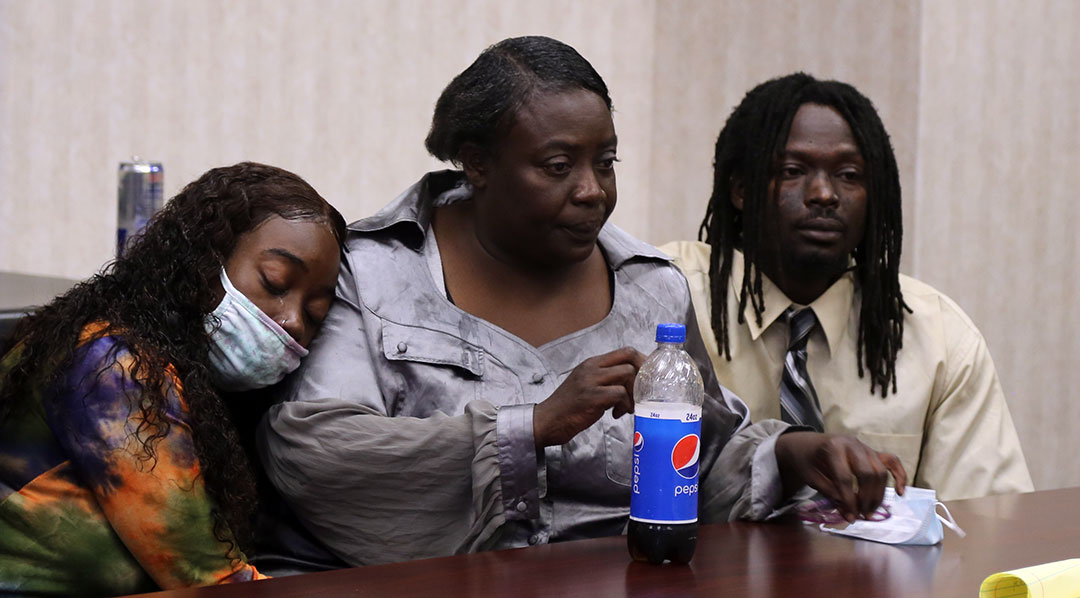 Whitney Craig and Ivan Charley comfort their mother Connie Craig during a press conference. The family is seeking answers from the Richland County Sheriff’s Department in the wake of the officer-involved shooting of their mentally ill family member, Irvin Charley.  Photos by Ashley Miller

The mother of a Black man killed in an officer-involved shooting said Wednesday she begged two Richland County deputies not to shoot her son during the altercation at the family home.

“I couldn’t do no more and I dropped to the ground. But my son did not deserve this,” said Connie Craig, the mother of Irvin Charley, 34, who was killed Saturday night as he advanced toward two officers and refused to lay down a 15-inch stake he was carrying.

Deputy Zachary Hentz fired the fatal shots, according to the Richland County Sheriff’s Department. Sheriff Leon Lott has said the shooting was justified.

Connie Craig, joined by a son Ivan Charley, and two daughters, Whitney Craig and Brittney Govea, was visibly upset as she recounted the fatal shooting at a news conference organized by the family’s attorneys.

Charley was killed Saturday after deputies were called to the family home on Heyward Brockington Road. The 911 call indicated that Charley was assaulting family members and was armed with a knife. Charley, who suffers from a mental illness, wielded a 15-inch stake at deputies but was not armed with a gun.

Attorney Brendan Green reiterated at the press conference that he believes an independent investigation needs to be done and called for the State Law Enforcement Division to take over the inquiry.  He said the Richland County Sheriff’s Department is one of the only departments in the country that investigates its own officer-related shootings.

“This is the fox guarding the hen house,” Green said. Attorneys have called multiple times to ask the sheriff’s department to recall their investigation and allow SLED to take over. “Transparency is all we want. Transparency is what we need.”

A family pastor, the Rev. Janice Roseburg, of Lighthouse City of Refuge Christian Ministries, prayed as the news conference opened, along with the Rev. James Johnson, head of the South Carolina Racial Justice Network.

The Richland County Sheriff’s Department released a short video of the fatal encounter on Sunday.  Charley’s family and attorneys were able to review the entire body cam footage Monday.

“They have to protect themselves. And that’s what this deputy did yesterday. He protected himself. He went home to his family last night. Unfortunately, Mr. Charley didn’t. That’s a decision that he made,” Lott said Sunday.

Ivan Charley, brother of Irvin, said Wednesday that that his brother was not holding a gun, so he had no way to defend himself.

“I tried to warn him that he had a mental health problem. I just don’t think they wanted to listen to me,” Ivan Charley said.

“From what I saw on the video, criminal charges are appropriate,” Cuttino said Tuesday. “Criminal charges should be filed. Something along the lines of negligent homicide.”

“There are some things that we viewed on the video that you wouldn’t expect to see from officers,” Cuttino said.

Before the fatal shooting, an officer pulled out his taser to try to halt Charley but the taser did not “stick in the skin,” Richland County Coroner Naida Rutherford said. Charley was shot four times, police said.

Rutherford confirmed that the bullets struck Charley’s aorta, heart and liver. Deputies began administering CPR immediately after the shooting, until ambulances arrived 20 minutes later. It has not been confirmed if Charley died on scene or was taken to a hospital.

Lott acknowledged that mental health is an ongoing problem and has worked to ensure that mental health experts are on the scene when warranted. “We do not need to continue to ignore it. When someone cries out for help, they need to get help.”

Green asked why the department mental health unit was not deployed, “when this was clearly a mental health call, not a domestic violence call.”

The family did not take questions Wednesday and their attorneys asked that the media and the public allow them to grieve the loss of Charley in private. 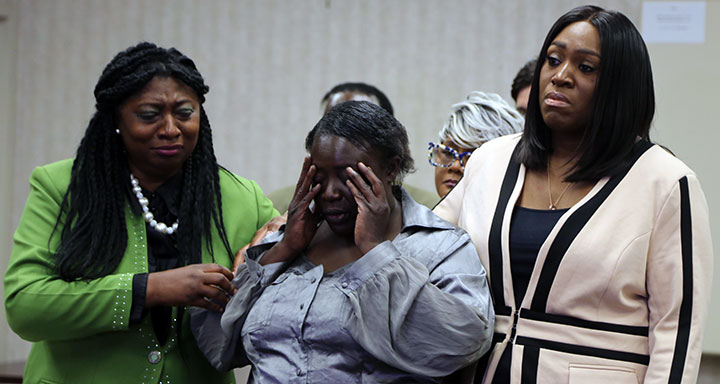 Connie Craig, the mother of a Richland County man who was fatally shot by police, holds her head in distress while her attorneys comfort her. “He did not bother anyone; the officers were aware of my sons mental illness,” Connie said during a press conference on Wednesday. 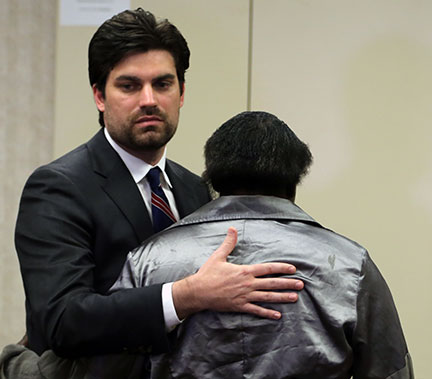 Lawyer Brendan Green comforts the mother of Irvin Charley, who was killed in an altercation with Richland County sheriff’s deputies. 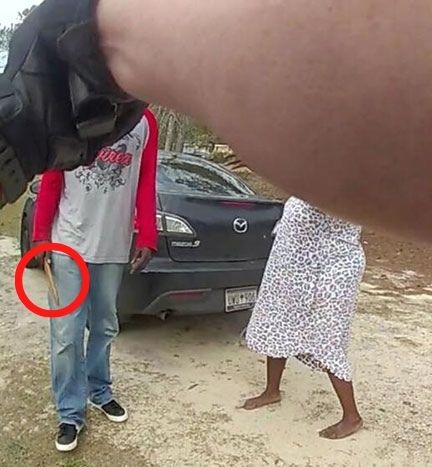 Ivan Charley, the brother of Irvin Charley, told reporters that his brother was not holding a gun. Body cam footage shows Charley wielding a stake before the shooting. 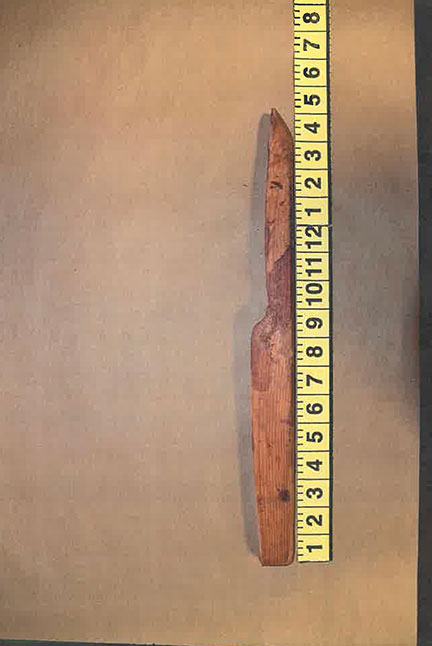 The wooden stake that Charley was holding before the shooting, measure around 15 inches. Photo provided by Richland County Sheriff’s Department.