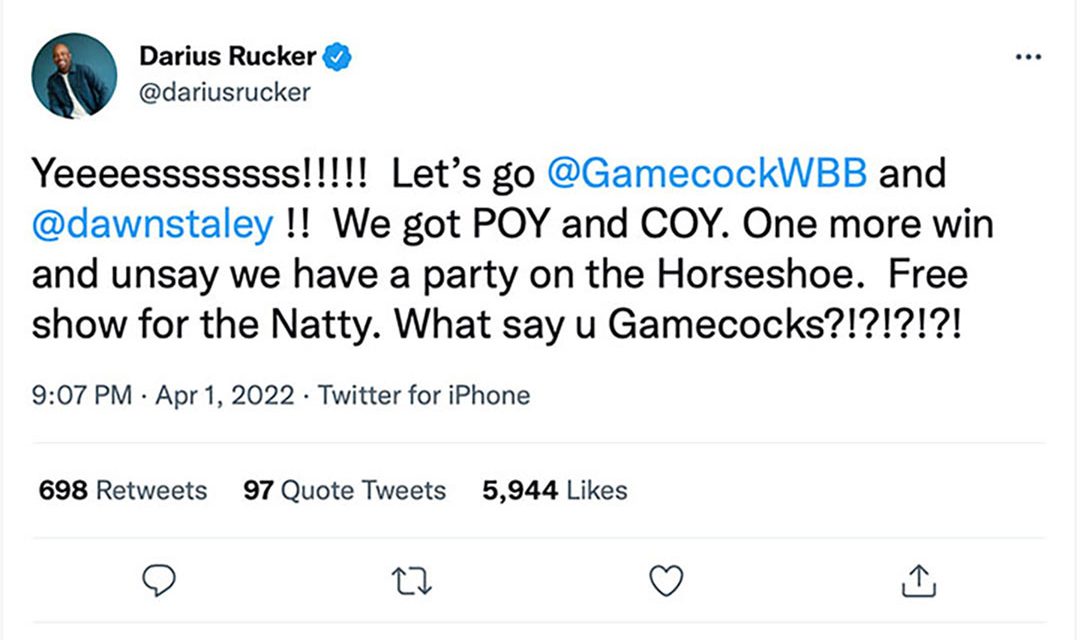 South Carolina fans may soon be rocking out to a free concert from country music star and UofSC alumnus Darius Rucker, all thanks to the national champion women’s basketball team.

Following the women’s 72- 59 Final Four victory over Louisville on Friday, Rucker, who gained fame as a vocalist for Hootie & the Blowfish, hinted he was ready for a free celebratory concert on Twitter.

“Yeeeessssssss!!!!! Let’s go @GamecockWBB and @dawnstaley!! We got POY and COY. One more win and unsay we have a party on the Horseshoe. Free show for the Natty. What say u Gamecocks?!?!?!?!” Rucker tweeted.

The singer continued to tweet throughout the night as the Gamecocks brought home the NCAA national championship title, beating UConn 64-49.

Following the win Mike Uva, a reporter for Gamecock Central, tweeted a video of interim university president Harris Pastides. In the video Pastides seemed to agree with the idea of a free concert.

“You said for free. We’re doing it on the Horseshoe. We want it right away,” said Pastides in the video.

Rucker performed a similar concert in 2017 when the Gamecock football team went to a bowl game during Will Muschamp’s first coaching season.

Energy on the UofSC campus was high following the game as hundreds of students rushed to celebrate the win, many celebrating by jumping in the fountain in front of Thomas Cooper Library.

With a lack of social distancing and concern for cleanliness at the fountain celebration, some students said they were a little nervous about how the concert will go.

“I probably won’t be going. After seeing what the fountain looked like, I can’t imagine what the concert will look like,” said Sasha Dunford, a second year environmental science major at the university.

Dunford isn’t the only student worried about the amount of people. Abby Rivers, a first year art education major, won’t be attending despite being a Rucker fan.

“I really enjoy Darius Rucker, but I probably won’t attend,” said Rivers. “It’ll be a lot, and I don’t know if I want to be bombarded like that. Too many people and drunk activity.”

Rucker, a Grammy winning solo performer, is the frontman for Hootie and the Blowfish. The band came together in 1986 as Rucker and some of his fellow UofSC classmates began playing at frat parties and local bars. The band’s rise to fame came with their debut album in 1994.

An official date has not been released. Rucker will have to work with the university to finalize details. For those interested in attending this concert, keep an eye out on Rucker’s Twitter for further announcements. 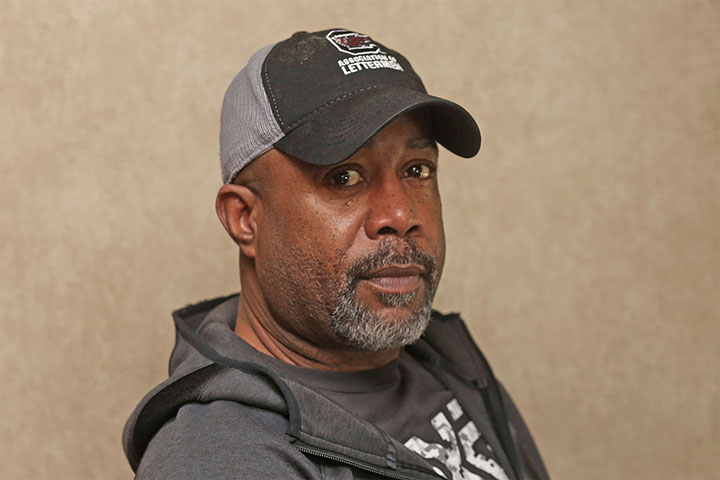 Darius Rucker, a former University of South Carolina student, is the frontman for Hootie & the Blowfish, a popular country/rock band. Photo courtesy of Shuttershock. 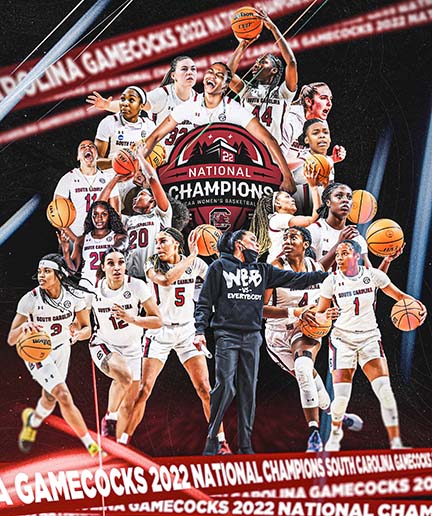 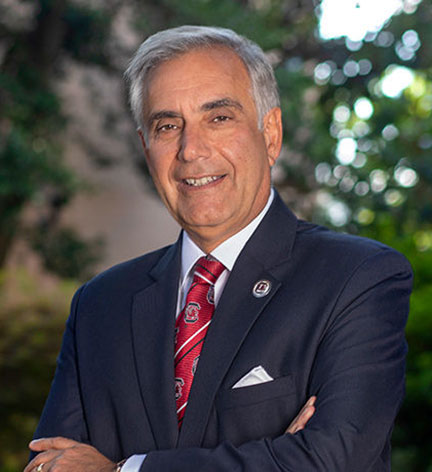