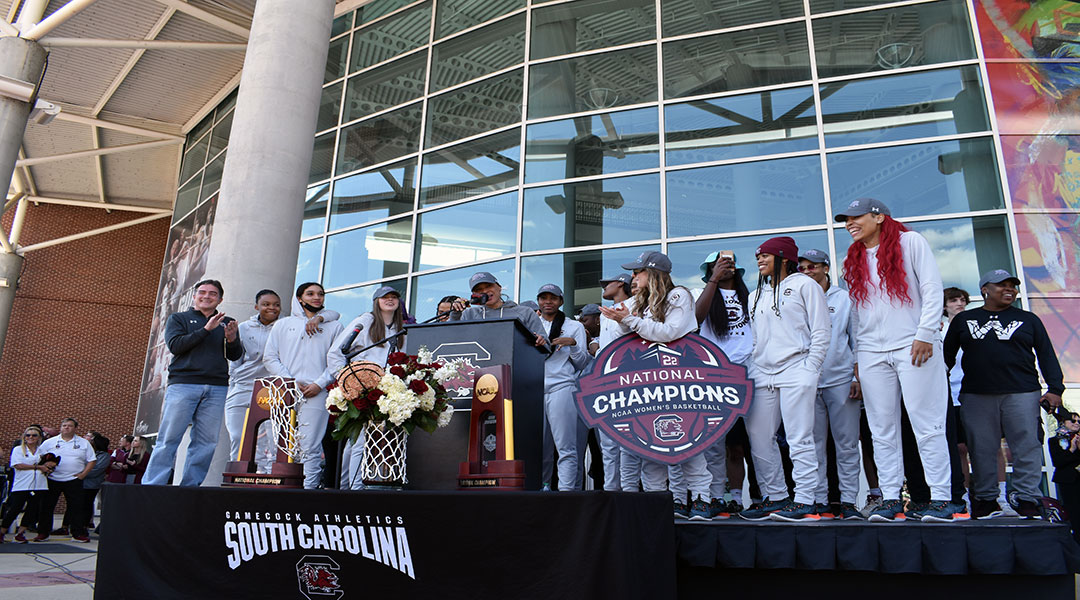 After its awe-inspiring championship win over UConn, the South Carolina women’s basketball team was welcomed home by fans Monday afternoon outside of Colonial Life Arena.

“We couldn’t wait to get back here to celebrate with you,” Staley told fans. “Every national champion in every sport has a common thing and that common thing is you create a home-court advantage and on the road, that’s unmatched. We just want to say thank you.”

Players also voiced their gratitude to fans. Senior guard Destanni Henderson, who put up a career-high 26 points in the championship, said the title wasn’t just for the team but the fans as well.

“The amount of support that you show and love, it never goes unknown,” Henderson said. “We appreciate you guys, thank you guys, we love you guys.”

Along with the fans, Staley thanked Pastides and Tanner for treating the team “like the sport that we are” and supporting women’s sports at the university.

Pastides returned the appreciation by praising the team for the impact it has made and the fans for the support they show.

“[The team has] done more to advance the status of women in athletics and in our nation than that’s ever been done before,” Pastides said. “You were there with us last night in Minneapolis.”

With the national championship, South Carolina became the 12th team to stay No. 1 all season in the AP Poll era. The last team to accomplish this was the 2016 UConn Huskies.

South Carolina’s road to the championship started in Columbia with a record-setting 79-21 win over Howard and a defensive-minded 49-33 victory over Miami (FL).

The Gamecocks then traveled to Greensboro, North Carolina, to garner a pair of wins over North Carolina and Creighton to advance to their fourth-ever Final Four. South Carolina subsequently defeated Louisville to set up the championship game against UConn.

Along with her second title as head coach of the Gamecocks, Staley hit some other milestones as well. With the championship, Staley becomes the first-ever Black head coach in men’s or women’s Division I basketball history to win multiple titles.

Staley is also the third coach with multiple wins in a season against UConn head coach Geno Auriemma since 2000. The Gamecocks first defeated the Huskies in the Battle 4 Atlantis championship in November.

“We hope, we hope to run that thing back,” Staley said. 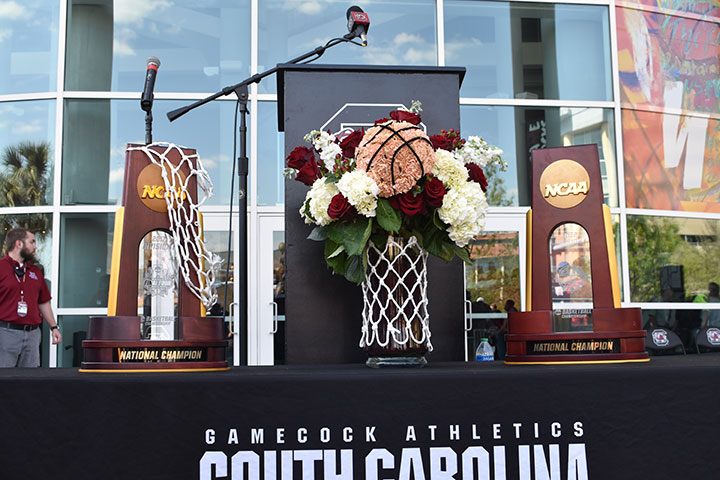 The Gamecocks presented their two national championship trophies to the crowd at the ceremony. 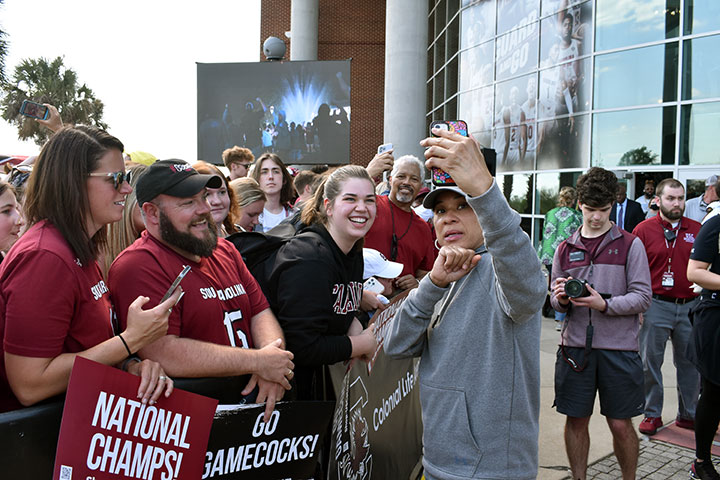 Head coach Dawn Staley made time to take pictures and videos with fans after the ceremony. 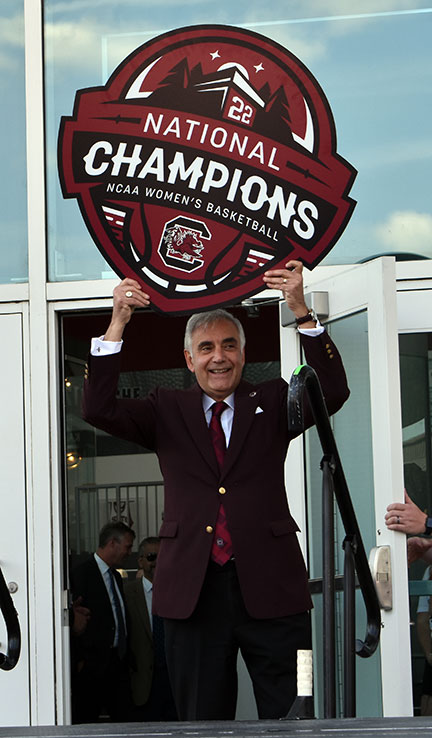 Interim president Harris Pastides has been the university’s president for both of women’s basketball’s national titles. 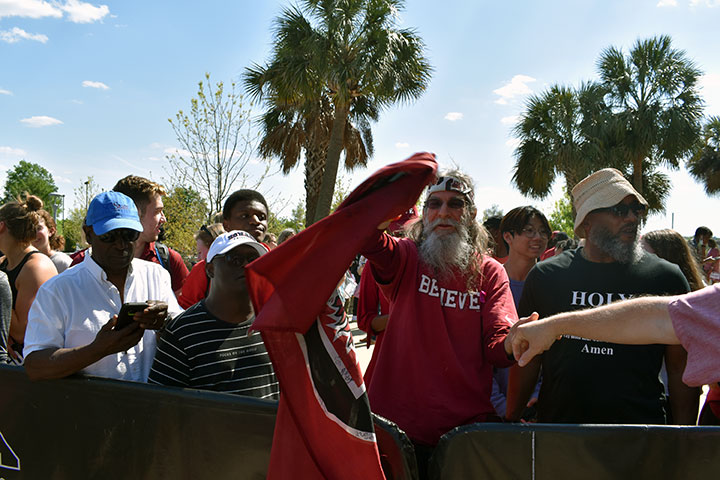 Carlton Thompson, also known as ‘Gamecock Jesus,’ was in attendance of the celebration.