Fight over future of Indian Land 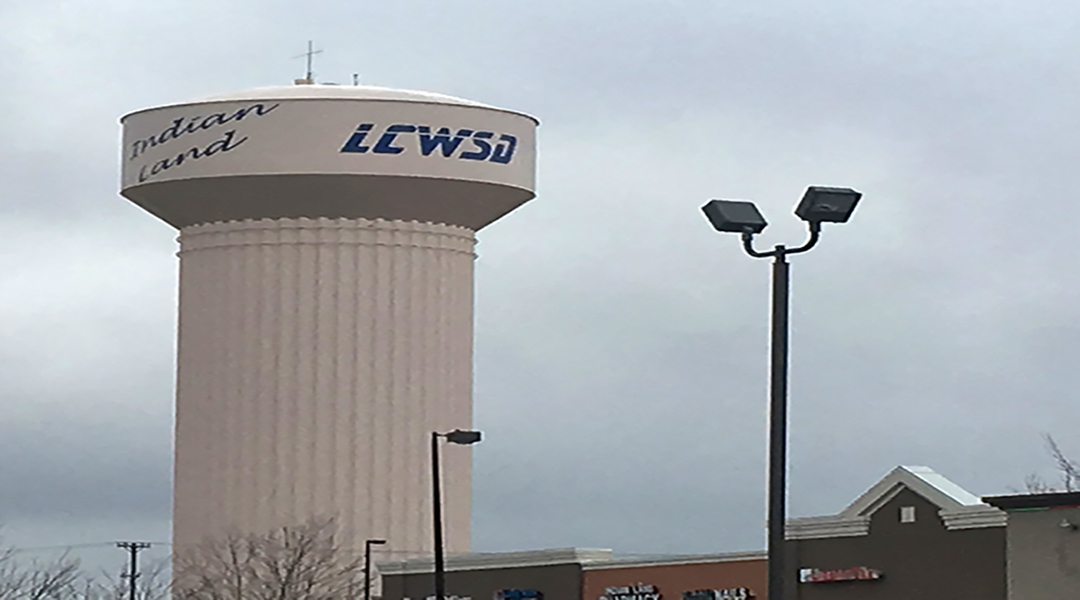 With booming revenue and population, the community of Indian Land will on incorporation. 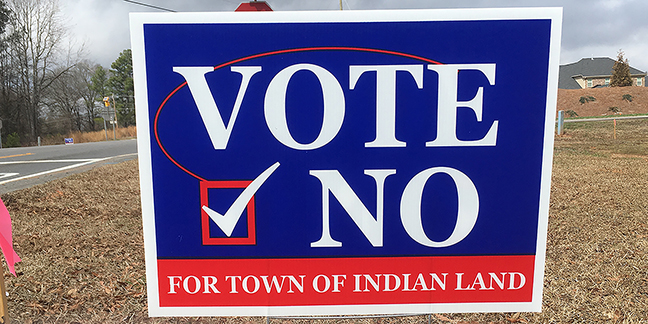 Those opposing incorporation have dotted the side of roads with signs like this one.

Redstone shopping center is one of many new commercial developments in Indian land under construction. 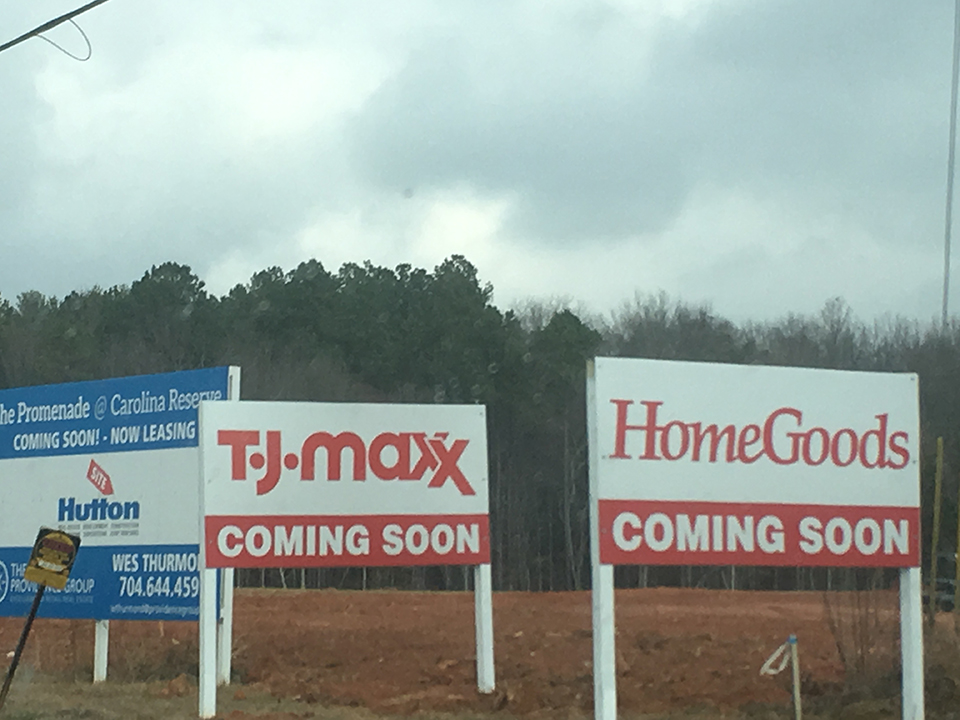 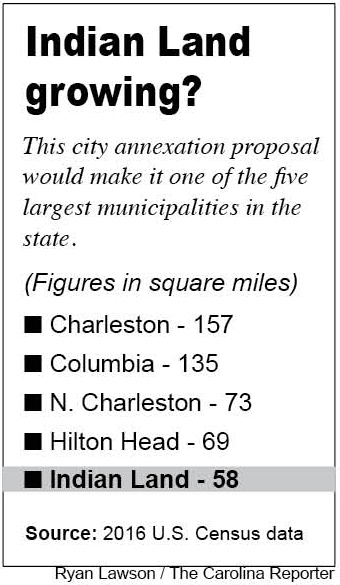 Over the past decade, a small community in the panhandle of Lancaster County, just opposite Charlotte on the Carolina border, became one of the fastest growing communities in the nation.

Now the community of Indian Land, once home to members of the Catawba tribe, is trying to decide if it should become a town.

“We only have two of the seven representatives on the county council representing Indian Land,” said Matt McCusker, the vice president of public affairs for Voters for a Town of Indian Land. “We do not elect five of the seven people that represents us. That has allowed them to approve any developments in the area because it helps their community and they don’t have to deal with it in Indian Land.”

Some of those developments include multiple shopping centers across U.S. Highway 521, subdivisions and the Del Webb retirement community, Sun City at Carolina Lakes.

Revenue and growth that came with development are big factors in why the process of incorporation began a few years ago.

“Incorporations in South Carolina do not frequently occur,” said Jeff Shacker, the region’s field services manager for the Municipal Association of South Carolina. “It’s a local decision that is most often considered when a community needs more public services to cater to an urban area.”

Incorporation would solve the problem of representation, according to the municipal association.

“The benefits of incorporation are pretty clear. There would be a closer form of representation with an elected mayor and city council,” Shacker said. “Municipal government is better for things like planning, zoning and public services.”

Construction for shopping centers and housing developments has become normal in the area over the past few years. This is why planning and zoning is a critical push for those who want to incorporate.

“Whenever someone wants to come in a develop, the county gives it to them,” McCusker said. “We just want to have a bigger say in the planning and zoning. The growth is here and will continue to come, we just want to control it.”

While representation and managing of the growth of the area are critical to those who favor incorporation, an important issue for those who oppose is the financial downside. The current proposal for the town of Indian Land includes a $7.7 million budget, a figure that seems too low for the other side.

“The budget for the Sun City home owners’ association alone is $8.1 million,” said Mike Neese of No Town of Indian Land. “The budget for Fort Mill is $15 million, which Indian Land will pass in size. Analysis shows Indian Land’s budget would need to be well over $20 million.”

The proposed boundary for the town is also something that has come under scrutiny. The new town would stretch down to S.C. state Highway 5, past Andrew Jackson State Park and the now newly incorporated town of Van Wyck.

“It was clear that Van Wyck did not want to be a part of Indian Land,” Neese said. “They incorporated as a defensive move that never would have happened without the Indian Land idea.”

The proposed line of Indian Land would take the area to approximately 58 square miles, making it one of the five largest cities in South Carolina in terms of land area. Much of that is farmland and woods towards the town of Van Wyck that people in Indian Land do not want to give up.

“Van Wyck is growing in size every other week with land annexation into their town,” Neese said.

If the voters decide to incorporate, they will separate their governing from the Lancaster County council. A mayor and city council will be elected and be given the power to change things. What they do once in office, is up to them.

“Some of what has been proposed may not be implemented, it would be all up to the council,” Shacker said. “It depends on what they want to do. If they want to go all-in on full service, then taxes will probably increase. If they choose a limited route and continuing working with the county, then that would not be the case.”

The choice after incorporation is something that also has those opposed worried. Once people are put into office, what they say goes.

“They can decide on whatever budget they need with how they’ll get it and that will be it,” Neese said. “Once you incorporate, there’s no turning back.”

Residents will go to the polls on March 27 to decide the future of their once-small community.