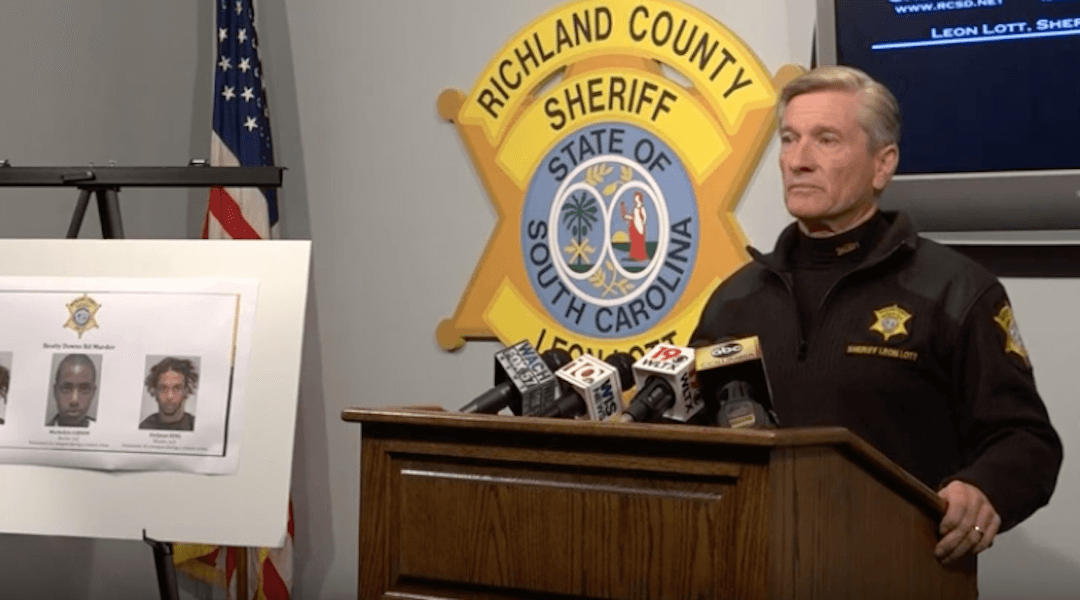 Sheriff Leon Lott announced the arrests of five suspects in two separate homicide cases in a press conference at the Richland County Sheriff’s Department on Tuesday.

Richland County Sheriff Leon Lott announced Tuesday the arrest of five men for the shooting deaths of four people in Columbia. He says the senseless crimes were closely associated with young people, drugs and gang activity.

“This was people who were involved that had guns and knew what they were doing,” Lott said.

Lott said three people have been arrested for the murder of James McDowell, 23, and his 1-year-old son, Tyreen Williams. Richland County deputies responded to a home robbery on Beatty Downs Road on Sept. 30, where the father and son were found.

Markelyis Gibson, Traevon Ray, and DyQuan King have all been charged with two counts of murder and possessing a weapon during a violent crime.

“No, this was not an accidental shooting. It wasn’t something that happened by accident,” Lott said. Investigators think the incident that ended in two deaths was related to drugs.

King has additionally been charged for a gang-related incident four days before on Beatty Downs Road. Ronald Bonnette, 58, was caught in the crossfire of a shootout while taking out his trash after a long day at work. Two other suspects have also been charged for his murder.

Sheriff Lott also announced the arrests of Micah Christian and Choatte Neal, III for beating and killing two people at a home on Whispering Pines Road. Deputies responded to an assault on Nov. 7, where they found 24-year-old Jasmine Richardson dead at the scene after being beaten to death. Brennan Montgomery, 25, and another man were shot. Montgomery later died from his injuries.

Footage from a neighbor’s surveillance camera shows a third victim that had crawled on their porch to get help after being shot. The gruesome video shows Christian and Neal brutally beating the man. The third victim currently remains in the hospital and is in critical condition.

When asked about unsolved homicides in the area, Lott says they are solving the murders and arresting those responsible.

“We’ve got to stop it so that I don’t have to stand up here and say we’ve got five young people now that have thrown their lives away,” Lott said. 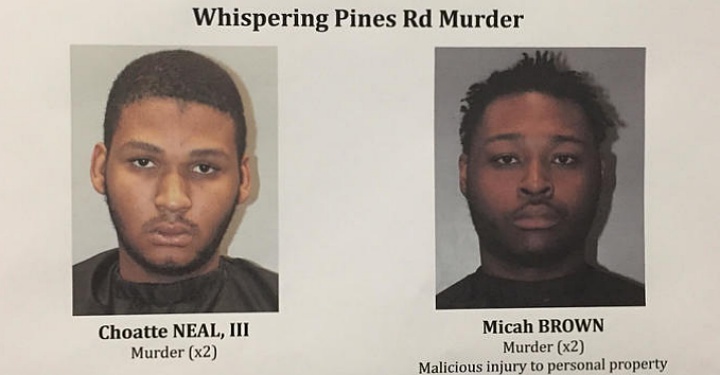 Choatte Neal III, 21, and Micah Brown, 19, have been charged with the murder of Jasmine Richardson and Brennan Montgomery on Nov. 7. RCSD has released security footage of a third victim being brutally beaten. He is currently in critical condition.