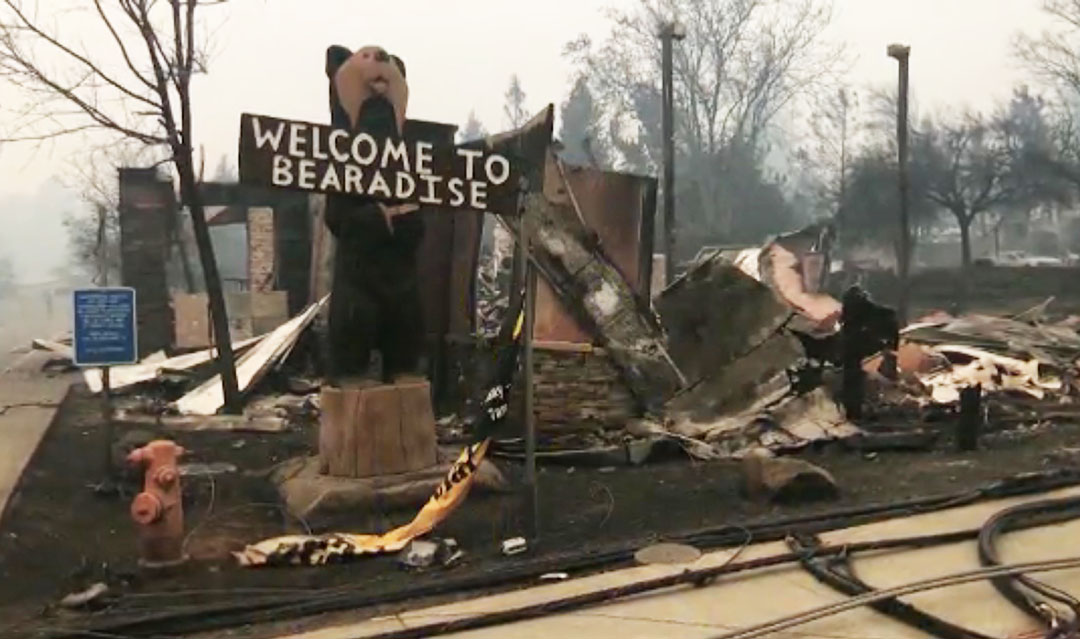 The Southern California town of Paradise was reduced almost completely to rubble after wildfires began to rip through the state’s forests on Nov. 8. At least 42 people have died statewide and many residents are still under evacuation orders as the blaze continues to spread.

As the death toll from the West coast wildfires climbs to a record high, South Carolina agencies and volunteers readied Tuesday to provide fire and rescue assistance.

Five volunteers with the Palmetto region of the American Red Cross have already shipped out to California, according to the organization.

The inferno started last Thursday and tore through parts of both Northern and Southern California for the past week. The flames in Butte County, known as the Camp fire, is reportedly the deadliest in the Golden State’s history. The fire has claimed 42 lives so far, with the death toll expected to rise.

Additionally, more than 7,600 structures—over 6,600 of them residential—have been destroyed, The Sacramento Bee reported Tuesday.

Three of the South Carolina Red Cross volunteers were placed around the burned out town of Paradise, assisting in the wake of the Camp Fire, about 165 miles from San Francisco. The other volunteers have gone to Ventura County, near Los Angeles, where the wildfire has spread across over 96,000 acres.

“Some of them are so dedicated that they don’t really need the attention,” Langley said Tuesday.

The South Carolina Forestry Commission sent 14 wildland firefighters to the West in August to assist after fires burned in California, Colorado, Oregon, Texas and Washington, The State reported.

As of Tuesday, the forestry commission has not sent anyone to battle the flames, but they are on the look-out for any calls to action.

“We have not received any resource orders for assistance from Cal Fire (California Department of Forestry and Fire Protection) or any other firefighting agency in California or elsewhere,” said Doug Wood, the commissions communications director, “though that could happen at any time.”

Carolina News & Reporter reached out to another Palmetto state agency of volunteers, the S.C. Search and Rescue Dog Association, or SCSARDA, for comment on their potential wildfire relief efforts.

While no canines have been deployed to the West coast yet, the association remains on its toes.

“We don’t usually send folks to disasters like that; we normally are looking for lost hikers, young kids or dementia patients,” Mitch Henderson, a volunteer with SCSARDA, said Tuesday.”

Volunteers with the Red Cross, while focusing on “making sure meals and other supplies are getting into the hands of those who need them,” Langley said, don’t ignore the effects of such fatal disaster on one’s mental health.

Another job for those volunteers is providing “disaster spiritual care” to evacuees who are staying in shelters. It can be as simple as being another human to talk to about what’s happened.

“People need to process what they’re going through,” Langley said. “Some of them have lost their homes, and some of them don’t even know.”

The fires in Southern California, the Woolsey Fire and the Hill Fire, have forced thousands of residents to evacuate their homes.

Celebrities such as actor Scott Baio, singer Lady Gaga and television personality Kim Kardashian West have also been evacuated from Malibu. The Paramount Western Town Ranch, a TV and movie set which had been used to film the sci-fi series “Westworld,” burned to the ground last week, CBS News reports.

In Northern California, the Camp Fire has grown to about 125,000 acres with 30 percent contained, Cal Fire reported Tuesday morning.

Evacuation orders are still in place for the following California communities: Paradise, Magalia, Concow, Butte Valle and Butte Creek Canyon and other nearby areas. Local schools are also closed on Tuesday, including both the main and downtown campuses of Sacramento State University and the University of California, Davis.

Langley said the five Red Cross volunteers will likely be staying in California through the Thanksgiving holiday, away from their families, to continue helping those in need. 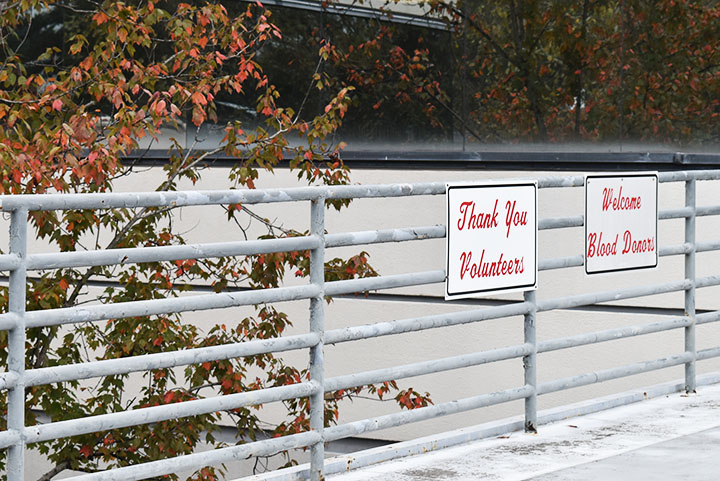 The Palmetto SC division of the American Red Cross sent volunteers to California on Nov. 12 to assist those affected by the wildfires that continue to devastate forests and residential areas.