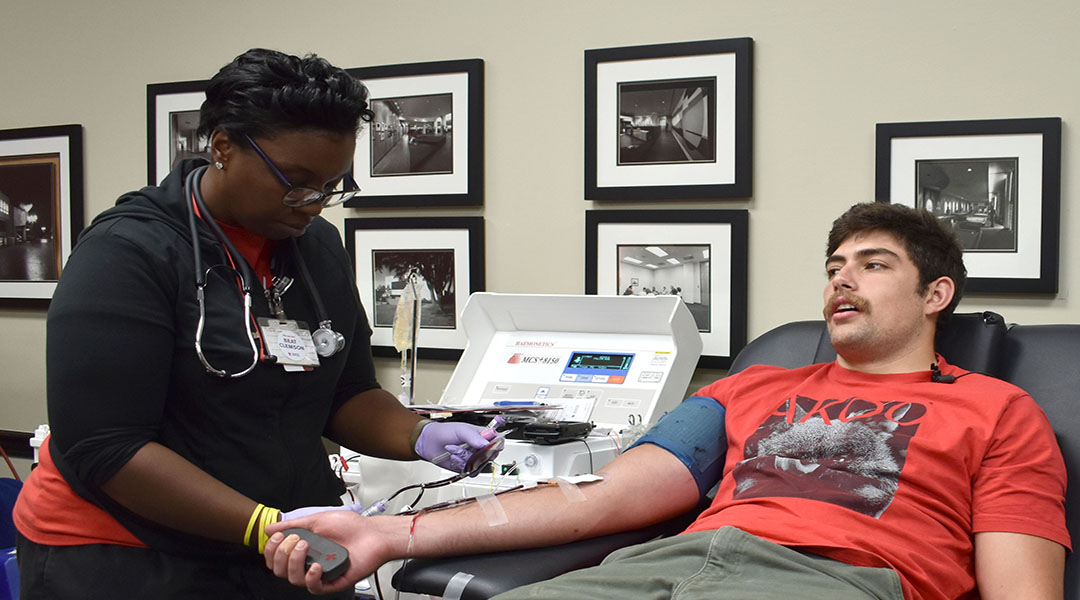 Jacob August, a USC football tight-end, gave a Power Red donation for the Carolina Clemson Blood Battle. The average blood donation is one pint and can help up to three people, but August’s donation can assist six people.

When Jacob August, a University of South Carolina football player, walked in to donate blood for the 34th annual Carolina Clemson Blood Battle, he quickly caught the attention of American Red Cross phlebotomists.

At 6-foot-6 and 240 pounds, the USC tight-end from Columbia was a perfect candidate for a Power Red, or double red cell donation, a special type of blood donation that allows donors to give two units of blood rather than the standard one unit.

“You saw me come grab him,” Chantel Smith, an American Red Cross phlebotomist who worked with August, said with a laugh. “This counts as two donations.”

But beating Clemson was not on Smith’s mind when she pulled August aside.

Blood donations tend to decrease during the summer and winter holidays. These are months when the need for blood can also increase because of cooking and firework accidents as well as travel leading to more car wrecks.

“The holidays are such a tough time for us,” Catharine Shranko, an account manager for American Red Cross in Florence, said. “People are taking vacations. Twenty percent of our donations come from the student population. So when [they’re] out of school taking a break, we have a really tough time collecting blood and overcoming that shortage.”

Shranko said the Red Cross struggles when high school and college students are not in class and don’t have school-based opportunities to donate blood, such as the annual Carolina Clemson Blood Battle.

Shranko, who gives blood every 56 days, said the need for blood is even more apparent this year because of the onslaught of natural disasters in the Southeast. She said American Red Cross lost 5,200 units of blood just from Hurricane Florence, and it has continued to lose more.

According to the American Red Cross, about 38 percent of the U.S. population is eligible to give blood, “but supply can’t always meet demand because only about 10 percent of eligible people donate blood yearly.”

August, who had never given blood before, completed the process in about an hour, and Shranko said that the blood he donated would be shipped out later that day. It is sent to a laboratory first, and once cleared, “blood goes wherever it is needed” within 72 hours.

USC typically collects about 2,800 to 3,500 units of blood during the event, according to Gabby Colapietro, the president of the Carolina Clemson Blood Battle. USC won the battle against Clemson last year. The two schools collected a combined total of 5,156 pints of blood in 2017.

Ben Asbury, August’s teammate, tagged along to support his friend, but he said that he intended to donate later that day since he is now familiar with the process. Both August and Asbury plan on encouraging their other teammates to donate before the event ends on Nov. 16.

With their upcoming game against Chattanooga on Saturday, both players questioned whether they’d be feeling well at practice the following day. Smith assured them they would be back to normal in a matter of hours, but on the off chance that they didn’t, she said Coach Muschamp would probably understand. 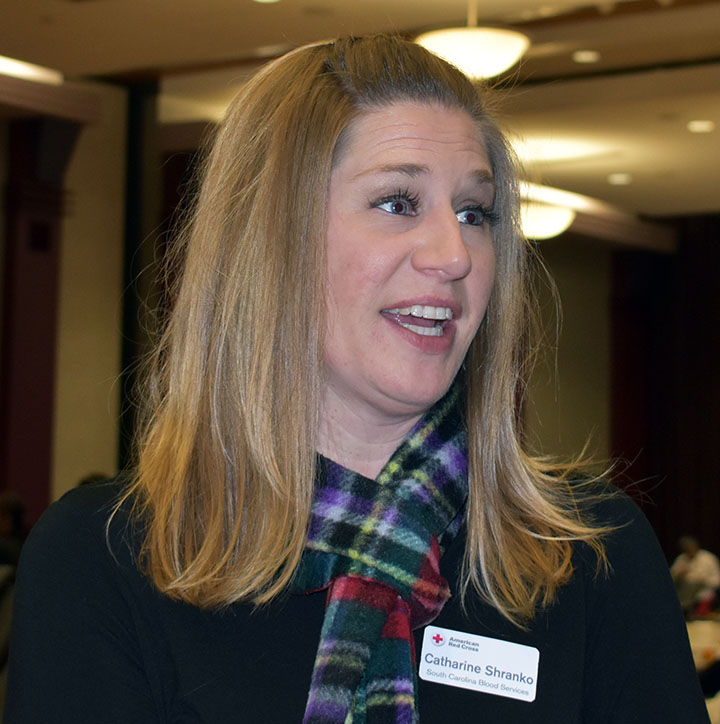 The Carolina Clemson Blood Battle is one of the largest blood drives in the country. Last year, USC and Clemson donated more than 5,000 units of blood. 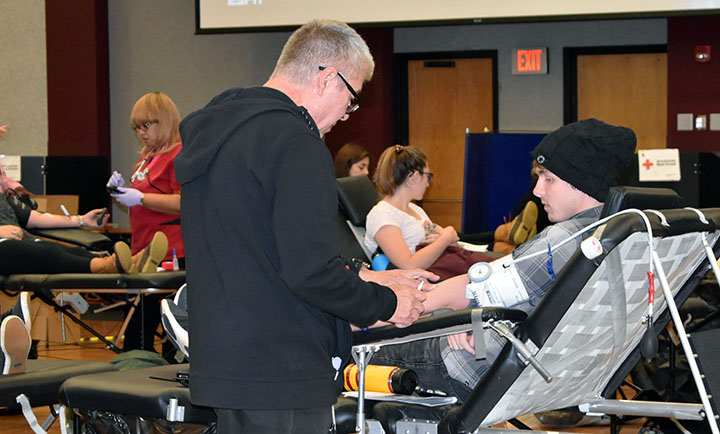 USC students and fans kept American Red Cross phlebotomists busy by donating blood to the Carolina Clemson Blood Battle. Once donors filled out paperwork and passed a physical, the blood collection only took a few minutes. 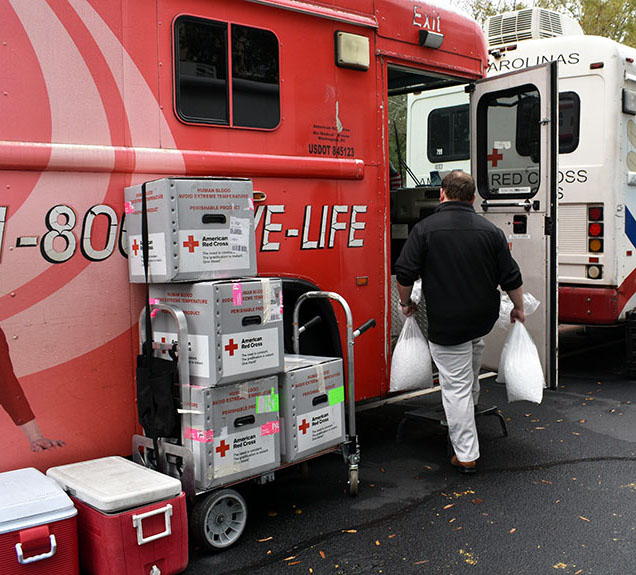 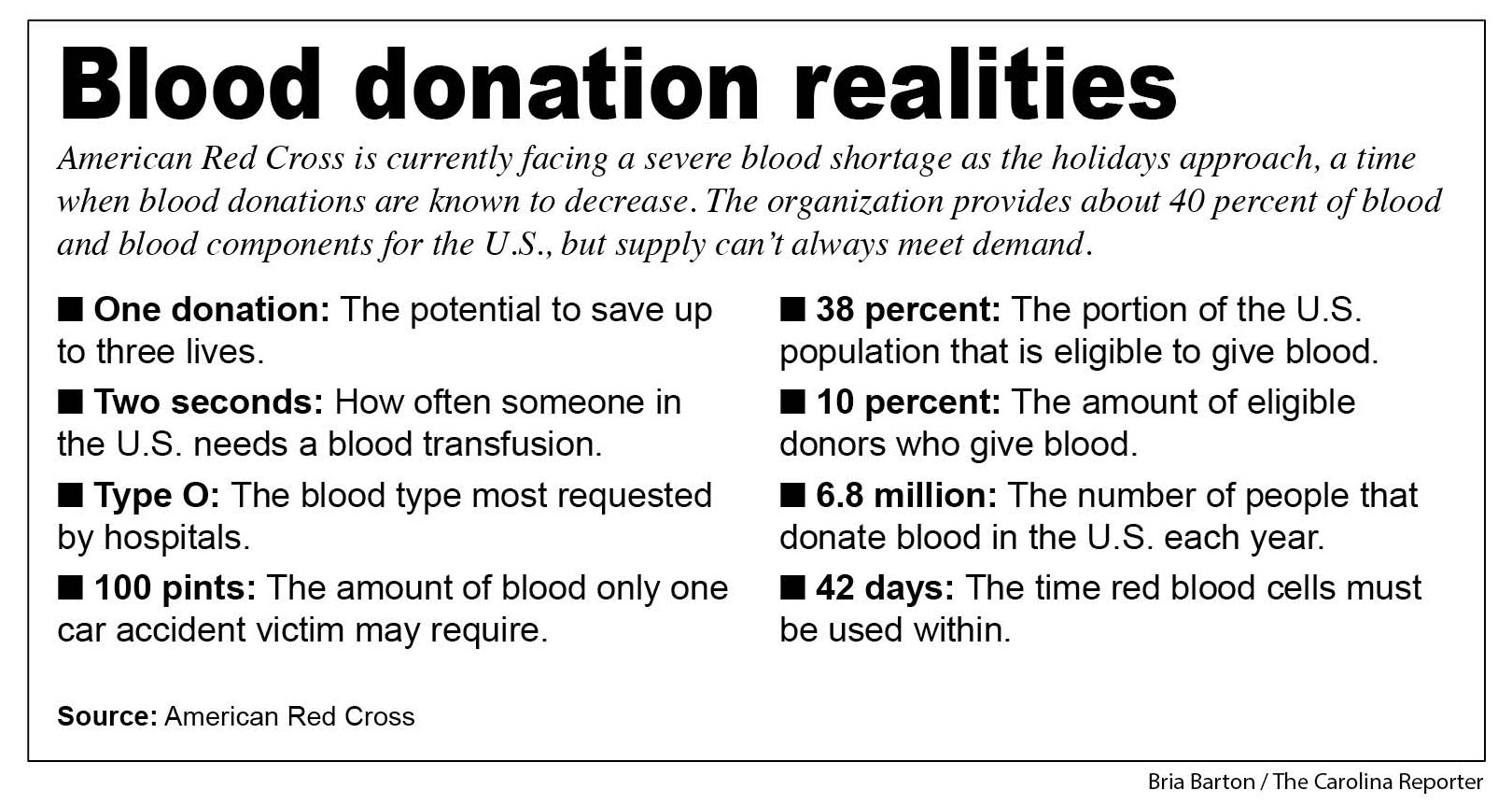