For ex-convicts, returning to society can be tough

Michael Trapp went to prison at the age of 17 for committing a violent crime. He spent nearly nine years inside a South Carolina institution until his release earlier this year.

He struggled to find work and was turned down by employers because he had a criminal record before he eventually got employed at a Waffle House.

“I can talk to you — like face-to-face interview — and just from you talking to me, you get a good vibe where I can get the job. But then you say background check, then once you find that out I’ve been in prison, you don’t want to give me a shot,” Trapp, who lives in Columbia, said.

“I went to Two Men and a Truck, FedEx, Walmart,” Trapp added.

Trapp’s story is representative of thousands of other seeking to re-enter society following a prison sentence.

According to an April 2011 report by the Pew Center on the States, the average national recidivism rate for released prisoners is 43%.

Experts say the purpose of serving time is to accept a punishment for doing something wrong but that the time served is not supposed to affect the individual after. However, with current social stigmas, a prison sentence can follow convicted people around for the rest of their lives.

David White, a senior probation officer in South Carolina, says the state is doing more to help make the transition easier, but that is a slow process.

“We used to be like the law enforcement model, but now we’re really getting into risk-based stuff.  We’re doing a lot of stuff to find out what their risks are and what their problems have been in the past,” he said.

White said those risk-based factors include past convictions, bad family situations, and a lack of  job stability. These factors are often used to determine the steps taken after release, including probation and parole.

Kiwon France also was incarcerated at a young age for a violent crime. Despite the programs put in place by the state, both France and Trapp felt alone after their release.

“You’re kind of thrown out to the wolves — the programs that they have, they were like insufficient funds,” France said.

“You’re not our responsibility anymore. . . just fend for yourself,” Trapp said.

France said it was his family who provided the strongest support during his incarceration.

“If it wasn’t for the family support — I probably wouldn’t have made it,” he said.

France said that it can be easy to lose hope without that family support, and urged those with family members in prison to not give up on them. 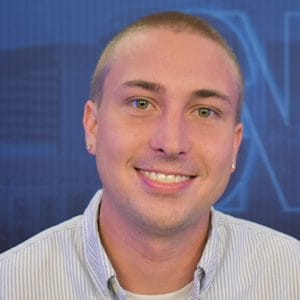 Brandon Weeks is an aspiring sports reporter from Columbia, South Carolina. He believes that as a native of the area, he has a greater understanding of the culture which allows him to tell his stories with real perspective. Sports have always been apart of Weeks’ life, whether that is on the field or on the sidelines. He has worked with the University softball team and the Columbia Fireflies. His vast personal experience shows in each piece he creates, and he hopes to work for the NFL as a beat reporter.