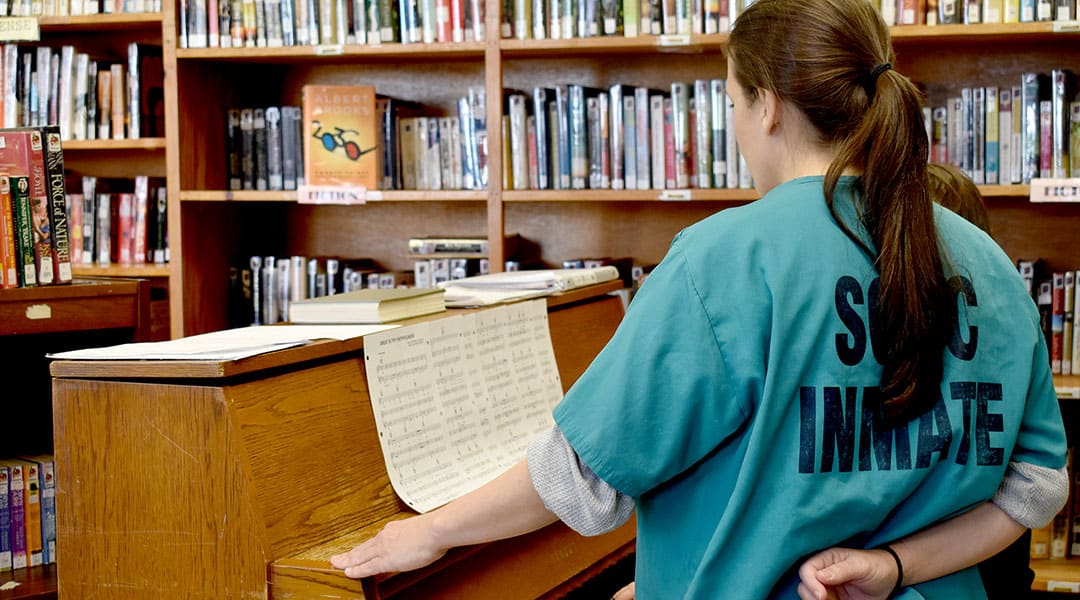 By Katie Graybill and Kenna Coe

In the corner of a small library, Teresa sits on a bench and plays the piano. She practices “Silent Night,” often stopping herself when she misses a note.  Her teal jumpsuit stands out against the hundreds of old books stacked on the shelves around her.

Teresa is an inmate at the Camille Graham Correctional Institute, a medium-security women’s state prison in Columbia.   She has had the opportunity to learn piano, which has been a dream of hers since she was a child.

“I cannot talk about this without crying,” Teresa said after taking a moment to compose herself. “When I found out we were going to have piano lessons available I signed up immediately.”

Although she didn’t expect to learn piano in prison, it has become an important creative outlet for her.

On Tuesdays at 10 a.m., she sits down with Anna Hamilton, a piano teacher and lecturer at the University of South Carolina-Aiken, who volunteers at the institution and shares her skills with a group of four inmates. Each inmate receives 30 minutes of individual instruction.

Hamilton has volunteered at Camille Graham since 2012. Her motivation to get involved came from research from her dissertation, where she found very little musical instruction in correctional institutions.

“If every single person took a little of their time and a little of what their greatest strength is and shared it, the world would be transformed,” said Hamilton. “I’m just a piano teacher and that’s how I do it.”

Hamilton is doing much more for the inmates than just teaching them a skill.

“She’s the best teacher that I’ve ever had,” said Cassie, another inmate and one of Hamilton’s students. “It is so rewarding to come out and feel like I don’t feel like I’m failing, I feel like I’m achieving something.”

Cassie comes from a family of pianists and puts a lot of pressure on herself to perfect every song she performs.

Although she gets frustrated with herself, when she successfully plays a song, the feelings of confidence and optimism carry over into her mindset about her future after prison, she said. 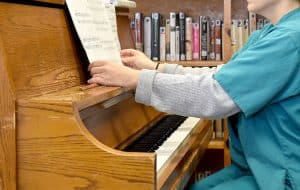 Since the inmates have limited access to a piano, it sometimes takes them longer than average to learn the music. To make up for this, they often practice “air piano” or use paper replicas to mimic hand placement.

“It all sounds good when you’re just playing and there’s nothing there,” said Theresa.

Hamilton and her students are practicing in anticipation for their final performance of the year, which takes place on Tuesday. Two times a year, around 100 people, including staff and inmates, fill the gym to support the students. The recital includes dancing, singing and piano music.

A couple of students joked about planning their outfits for the show.

“I need to figure out what outfit to wear,” said Brandy, another student.

Hamilton said that she typically observes some nerves from her students prior to the recital, especially from adult students. However, they all manage to overcome the feelings of hesitation and anxiety.

“I’m always amazed here how brave and willing the women are to perform,” said Hamilton. The three students are serving sentences of 20-plus years.

For Brandy, this is her last recital inside the prison walls. As she reflected on her anticipated release next year, she recognizes the large impact that the piano has had on her life.

“I’m ready to go home, but I’m going to miss, like, certain things here because there’s only certain things that bring you a little bit of happiness,” said Brandy. 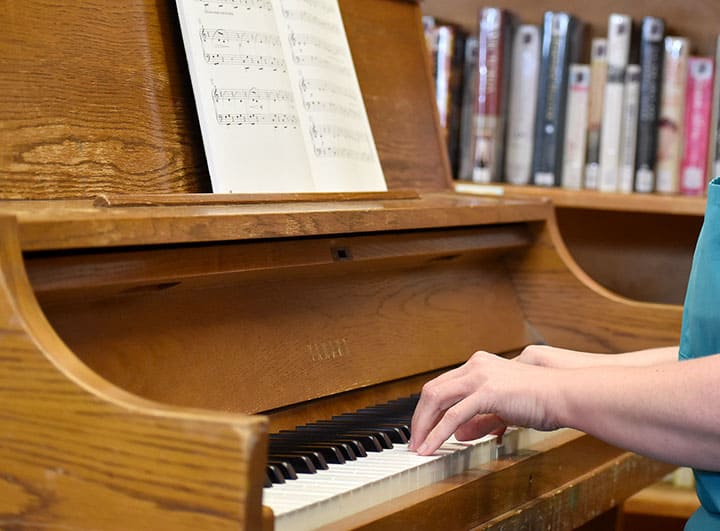 TERESA, who also is an inmate at the institution, said that she is living proof that an old dog can learn new tricks. 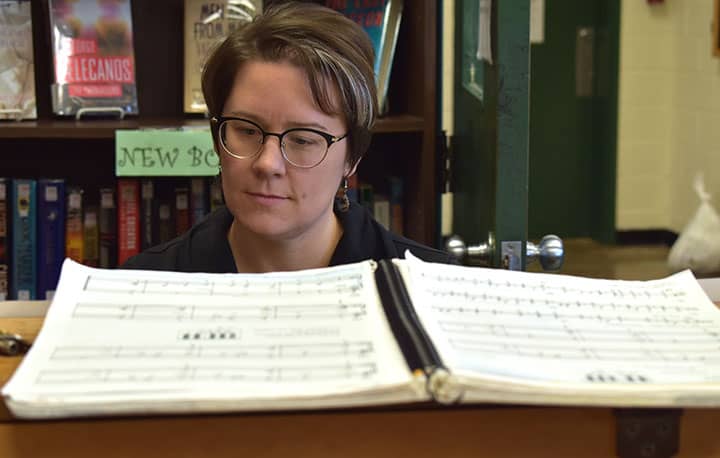 Anna Hamilton, who teaches piano to inmates, hopes to give confidence and a feeling of capability to her students. 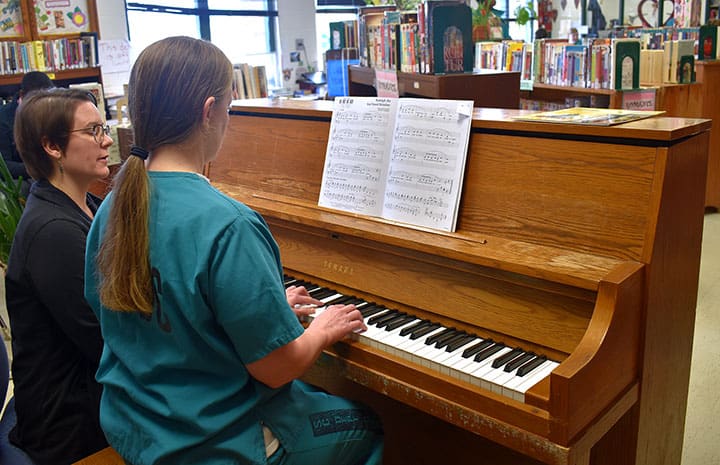 BRANDY has enjoyed learning the piano, but is looking forward to the end of her 17-year sentence in April. However, this will not mark the end of her passion for music, as she already has plans to use a friend’s piano once she gets out.